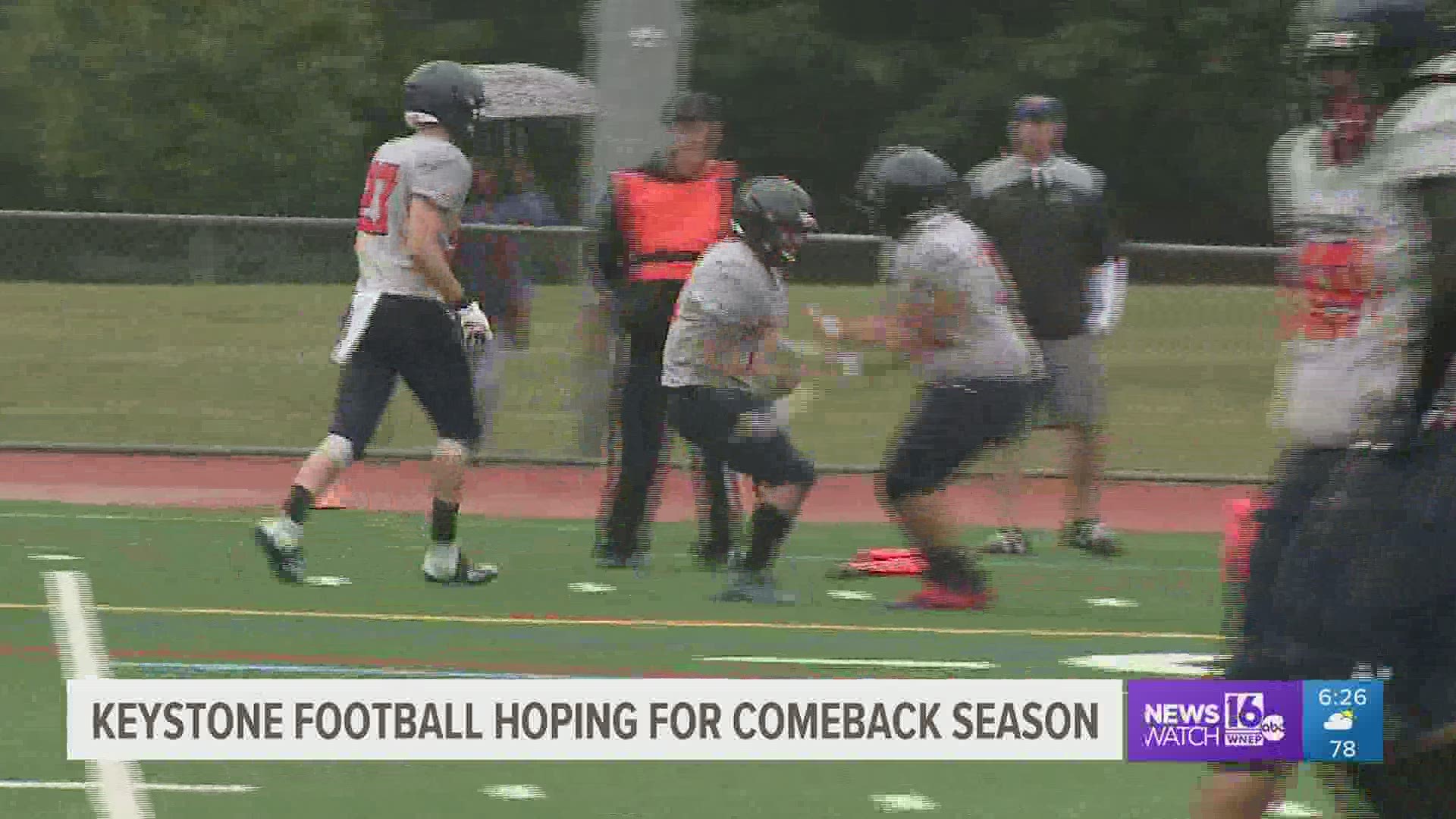 FACTORYVILLE, Pa. — "When we started the program back up, everything led to this first, true, NCAA season in 2020," Keystone College Football Coach Justin Higgins said.

He put a lot of work into reviving this program. After folding in 1947, the Giants played a modified, sub-varsity season last year. This fall, his team hopes to play a full, Division III schedule. At least, that's the plan.

"For someone who likes to plan, quite a bit, you're waiting to hear," Higgins said. "I think many of us have just said, just tell us what the guidelines are going to be and we'll make it work."

A challenge for every team, but for this new group of Giants, it's not just about X's and O's.

"The biggest thing I think we missed out on was just this young team being around each other, building up that team camaraderie and brotherhood that we've seen so far."

Coach Higgins says for a new program like his, dealing with this pandemic isn't necessarily harder than other football programs, it's just different.

"Obviously, we don't have a ton of upperclassmen," he said. "The majority of our roster are current freshmen. In their second semester in college, they now have to go to a remote concept."

Putting the start of this historic, comeback season in jeopardy.

"It would obviously be a setback," Higgins admitted. "You definitely want to make sure that you hit the ground running, especially for us, coming out of the gate in season number one of NCAA play, but it's kind of a waiting game right now."

A waiting game that hopefully ends, as scheduled.