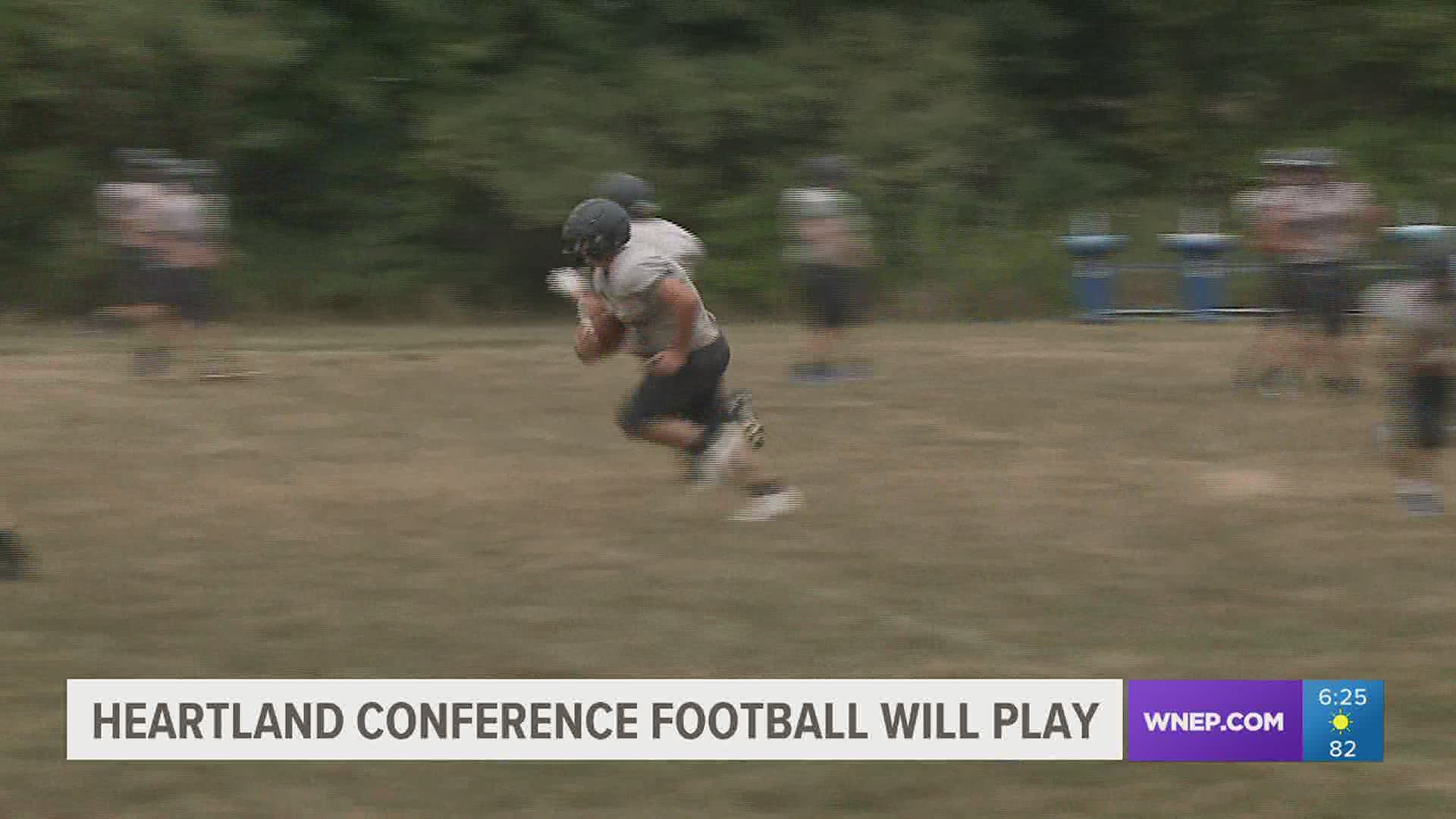 "We did something that we call quarantine camp because we couldn't go to college camp like we went away for so we had to focus four days of that which they really bought into. And then we used the last two weeks pretty good with the two week extension to keep them learning stuff and we are ready to go," said Chris.

With the governor's announcement that fans are allowed at games but still with the 250 people allowed live streaming may be an option. Warrior Run's home opener with Loyalsock has been canceled so Warrior Run won't have a home game this Friday.

"It's not going to be no Monday night football production," said Jason.

"There it is right? There it is. Friday night football," again said Jason showing the camera from the press box.

"Right now we are going to do one camera just from the start from the press box sideline view," added Jason.

"It's a big thing for Warrior Run. Everyone comes out for the football games. I know there are going to be lots of people watching it on-line and personally my family was excited because I was a senior and they want to see my games," added Coltin.

"The fact that they can play they are grateful for that, and the fact that it will be live and parents, grandparents and general people from  the community can see and check out the product that we are putting on the field this year is important," added Chris.

Jason is looking for 10-15 sponsors to off-set some of the production costs, and he expects around 7,000 viewers on-line for the Warriors football nation.

"We want to do some graphic overlays with the scoreboard over the top like the colleges do and professionals so we're looking at it," again said Jason.