Lucarelli is now a four-year starter for the Blue Devils 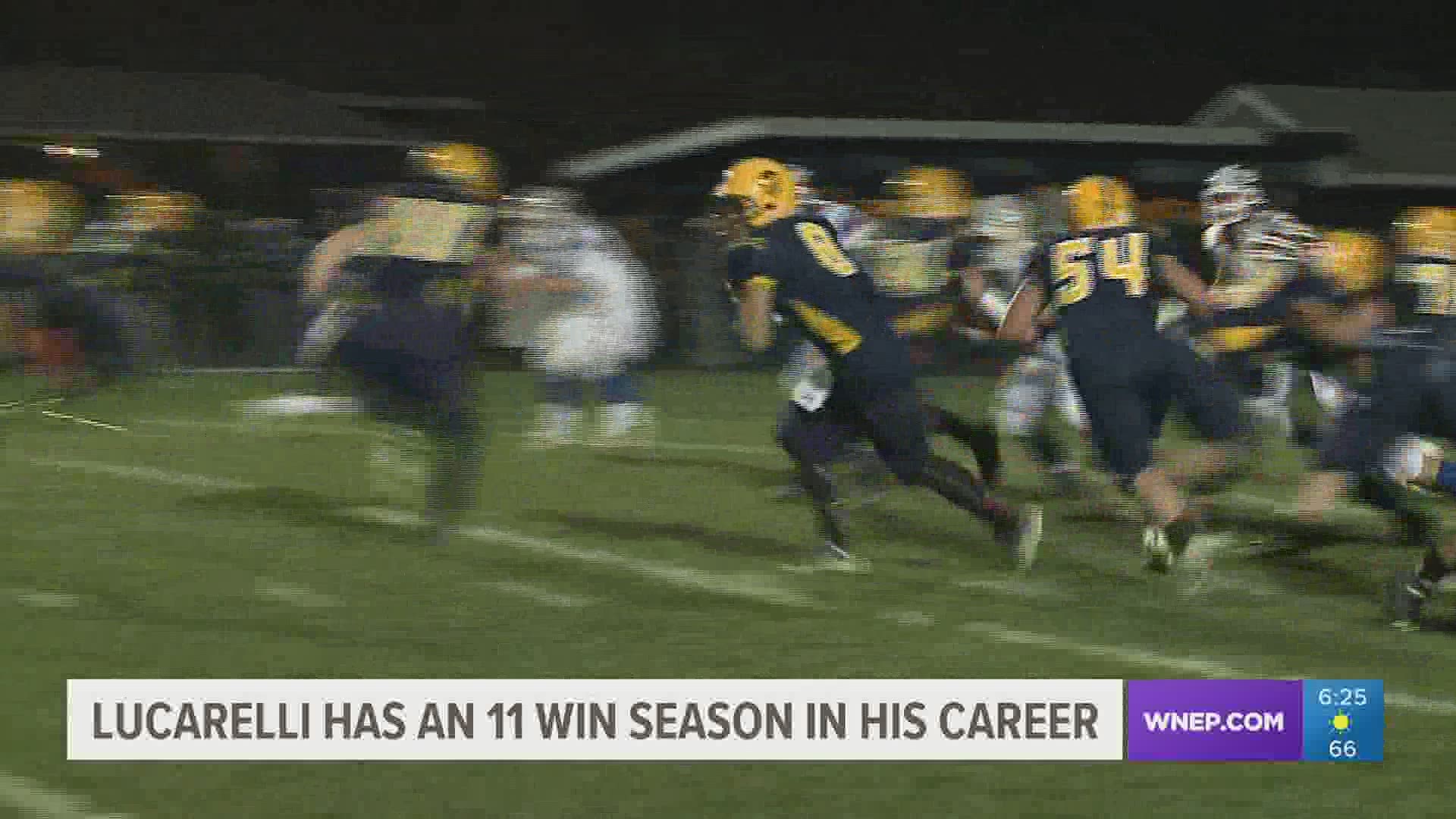 OLD FORGE, Pa. — The last seven seasons for Mike Schuback at Old Forge filled with some fabulous football. 2013 a trip to the "A" state final. Then in 2015 back to the state semifinals, and a District II championship then in 2017 when Dante Lucarelli was his freshman starting quarterback. Now Lucarelli is a four year starter entering his senior season.

"Freshman year was rough and shaky but I had guys to help me out. Just really ever since then I have been growing. Been growing as a player and growing as a man in general," said Dante.

"He has come in with a great attitude. He came in ready to embrace the position and the expectations of his position," said Mike.

For this Old Forge football team the numbers are back up for Coach Schuback and he tells me that he is going to spread the wealth this season. Everybody here is going to get an opportunity.

"We are going to get a lot of reps with a lot of our players. We have a big team this year and a lot of numbers this year more than we had last year," added Mike.

"We are just lucky to have a season even if it's three games or five games. We are just very grateful. What is it like working with Dante? It is really nice. He has been my best friend my whole life, and I have known him my whole life. He is really a good guy," said Michael.

Lucarelli has an 11 win season under his belt in his career and the Blue Devils have won 8 or more games when Dante dials up the offense.