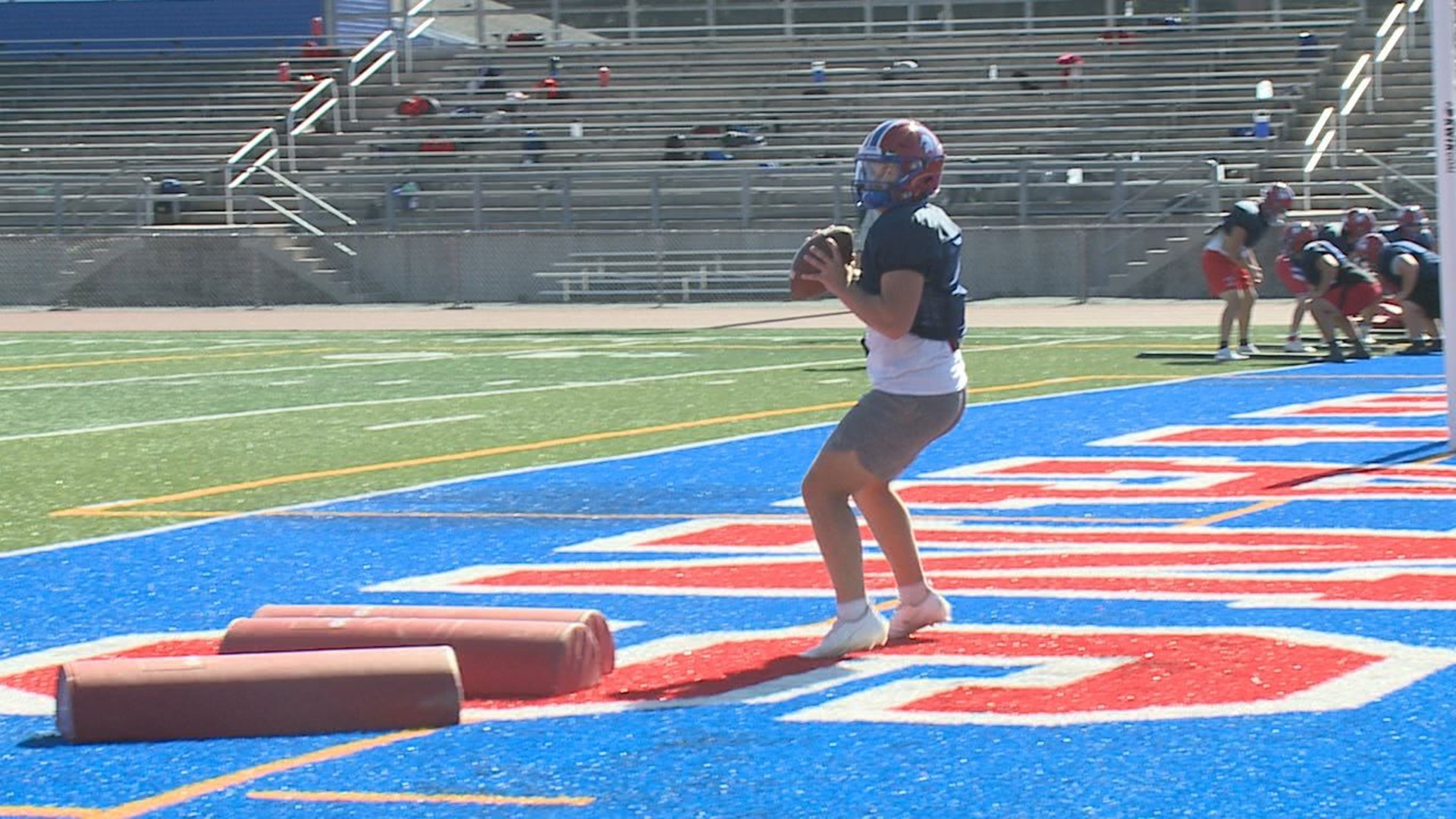 FRACKVILLE, Pa. — Jake Hall is the North Schuylkill starting quarterback. His favorite target is senior wide receiver Tanner Walacavage. In 2020 it's a switch to the passing game that has worked keeping the defense from stacking up for the run.

"Most of the time even last year we we're in the shotgun, but we are trying to keep it balanced this year. Last year we we're running heavily, but this year we have the receivers and the kids that can play receiver and then we have a running back like Josh Chowansky so it's like which one do you want to cover," said Jake.

"Jake has been on this year. He is really throwing the ball hard and good and accurate. They tell me to just make the big plays and that's all that counts," said Tanner.

Jake's Dad Wally Hall is the North Schuylkill head coach. Growing up Jake would be with his father on Friday nights as the waterboy, now he is running the show for the Spartans.

"Yes it's something that Jake was a part of for a long time being with me on the sidelines as a waterboy, and a manager. Just always around the football field, but the time off certainly helped," said Wally.

"He has a board like down in his office like his football workspace he calls it where he was drawing up plays. I would go down there and he would show me the progressions, the concepts like where we are going with the ball. The first read, the second read stuff like that," added Jake.

Jake is also an excellent baseball player with an infield velocity of 83 mph and an exit batting velocity of 94 mph. Arm strength isn't a concern.

"Growing up I always played in the middle infield and then I got to high-school last year and I guess we needed a third baseman so I stepped up and I played third base, but at third base you need the arm strength to get it over to first and that could come right on as being a quarterback," again said Jake.

Right now Jake is doing more film study in football for some upcoming big games, but when he has some downtime his dad says he loves watching baseball.

"I think that baseball is his favorite sport. I could go into his room on any given day and that is what he is watching is baseball Whether it's on YouTube or a baseball game certainly it's something that he wants to pursue," again said Wally.