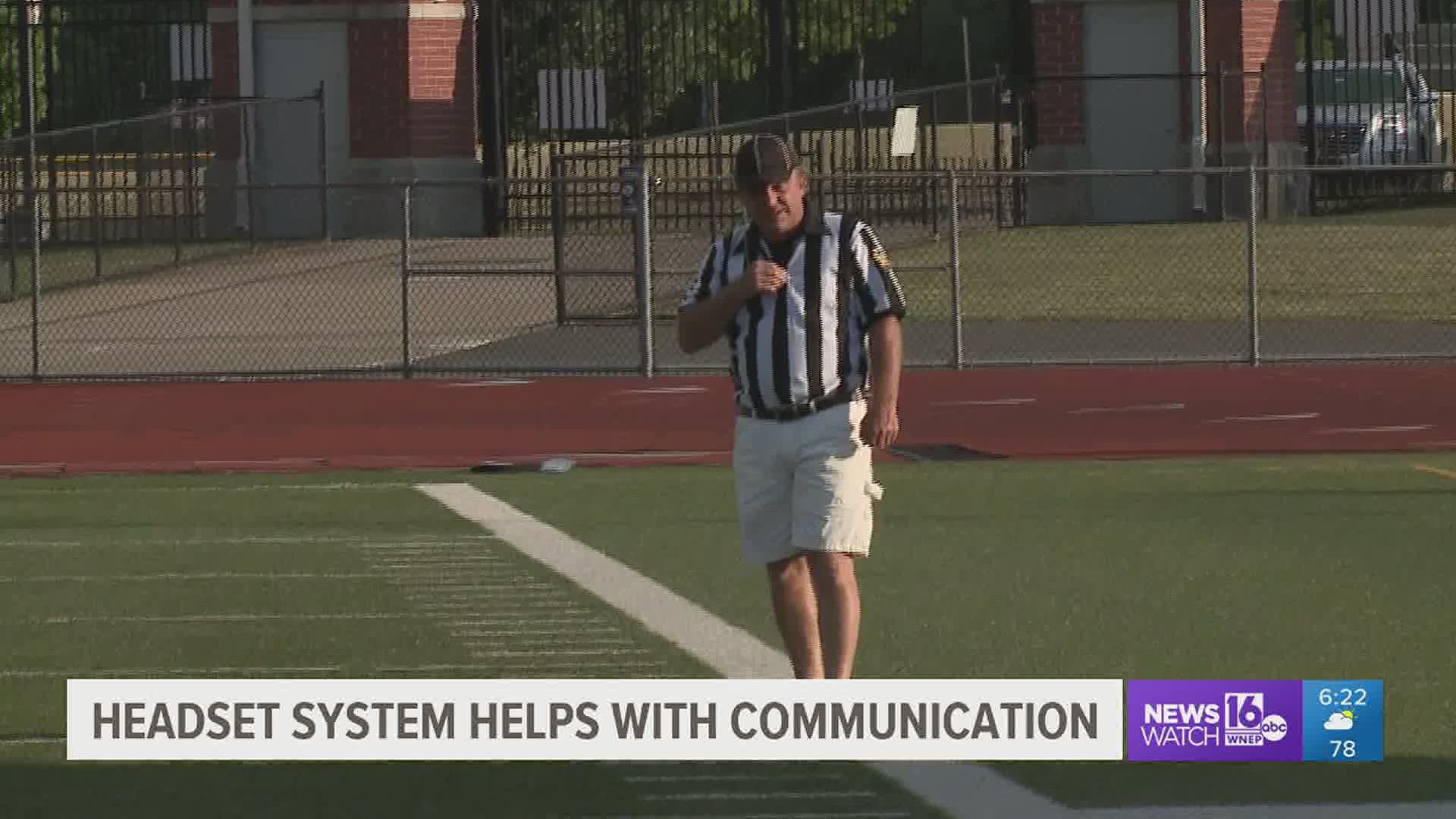 SCRANTON, Pa. — Paul Sheehan is the PIAA football rules interpreter for the State of Pennsylvania. Along with referees Gary Davis and Jonathan Grande they are preparing for another season of high-school football.

The communication system makes for a smoother game. This year another crew will get the same system. One  donated by the foundation for Marty Boyer a former referee who passed away two years ago.

"We are getting to a point now that we did use it last year for every game. There are not downsides to it. It is all positives," said Paul.

"Certainly we can talk in terms of detail and what you have against who. The who, what, where and when. It allows for a very cohesive flow and just makes a smoother game," said Gary.

And a new rule this season for unsportsmanlike conduct any player that gets ejected will miss the remainder of that game he is playing in and the following two games. The PIAA trying to crack down on these infractions.

"We take serious the action of the student athletes and the actions of the coaches. We don't want to see anything  demeaning or any sort of foul language. We want the kids to play and the coaches to coach," said Jonathan.

"To have a foul in the 1st quarter that ends up being implemented in the next two contests that is significant," again said Gary.

Meetings this July will take place with PIAA officials from across the state on how to implement new guidelines for football during this pandemic.

"I think a lot remains to be seen. What will high-school football game look like in Northeastern Pennsylvania or anywhere in Pennsylvania," added Gary.