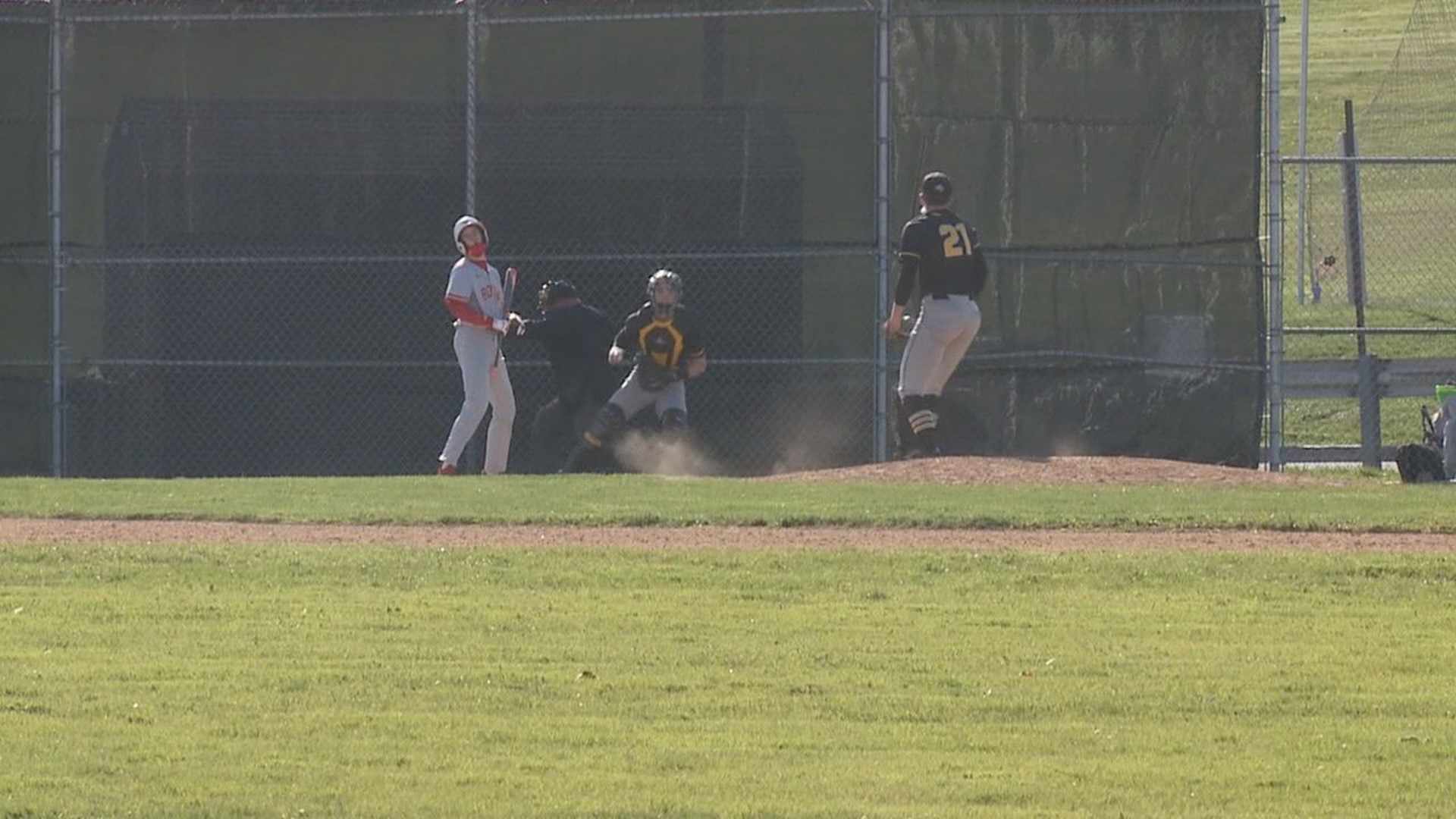 LEHMAN, Pa. — The Lake-Lehman baseball team handed Holy Redeemer their first loss of the season on Friday. With the win, they match the Royals at 7-1, tied for the lead in the District II, Class 3A standings. The Black Knights, Royals, as well as Nanticoke and Wyoming Seminary are all jockeying for position. So that was a big win for the Black Knights and the future Virginia Tech Hokie - Nick Finarelli.

RELATED: Lake-Lehman remained unbeaten with a 6-5 win over Nanticoke in HS baseball.

"Very good win for the group," Lake-Lehamn Baseball Coach Mike Sholtis said. "Tuesday was a rough one against Seminary. The kids bounced back. They made the plays in the field. Cole Morio in the field making that catch at the end of the game over the fence. They just made some great plays in the field to help Nick out. Nick had a great outing. We mixed in his fastball with his slider to keep them off balance. And Nick is a great pitcher and he is tough to hit. And when we can get 5 innings out of him and we have some other kids that can come in and close we are a tough team to beat."

"This is a really tough division," Finarelli said. "I think that they are one of the better teams in the division obviously us, Hazleton, them, and Seminary all good really solid teams but I think that if we play how we can play I think that there aren't too many teams that can beat us."