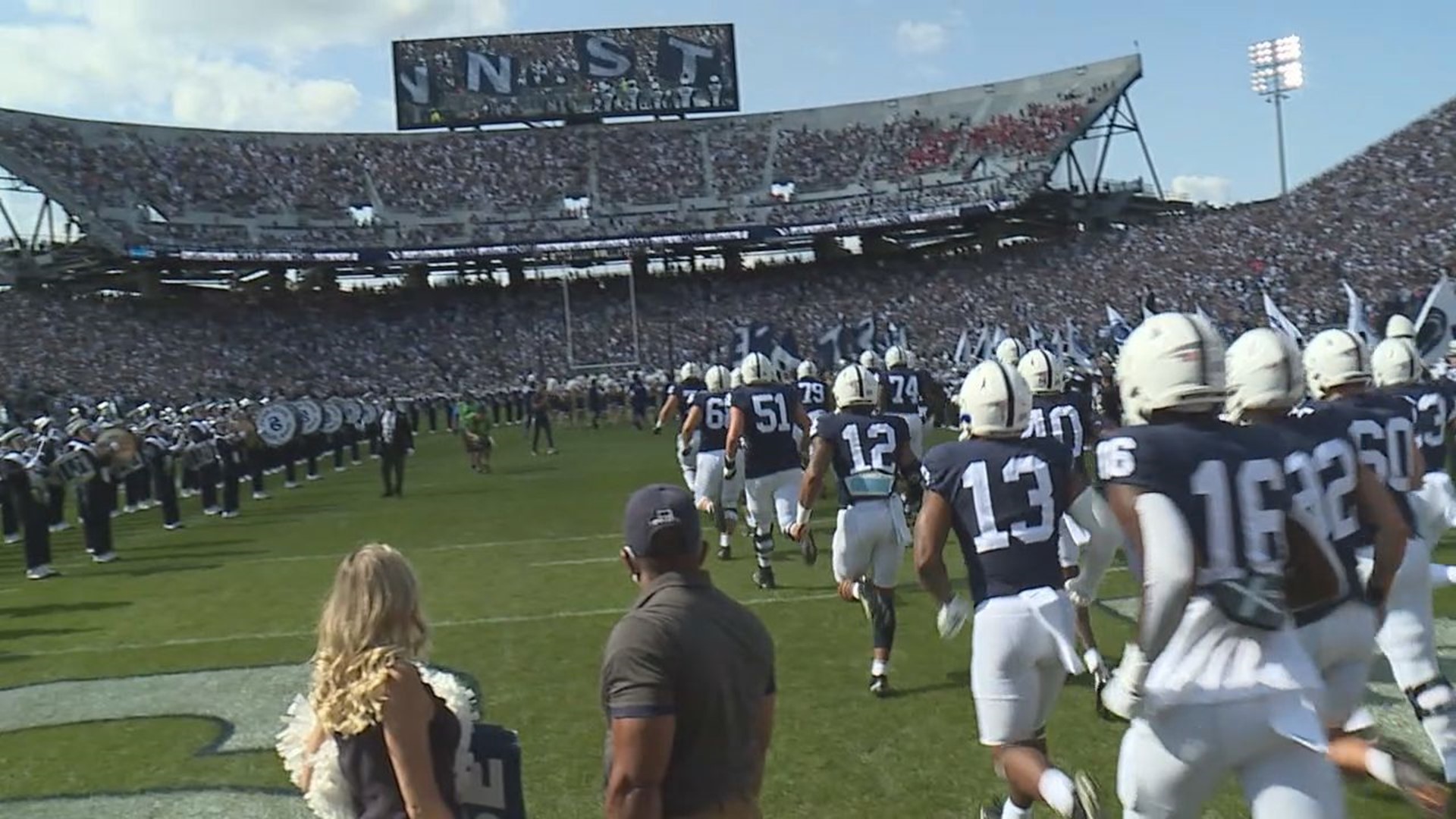 STATE COLLEGE, Pa. — For the first time in over 21 months, the fans will stream into Beaver Stadium. At the foothills of Mount Nittany and this place again is once again transformed into Happy Valley. The only thing left is to take care of Ball State, which they did, beating the Cardinals 44-13.

"In some ways it was emotional to be honest with you," Penn State Football Coach James Franklin said. "Thursday night you start seeing the RVs coming into town, which is cool. Friday you felt the electricity in town. Saturday driving the blue busses from the hotel over to the stadium and the welcome that we got was unbelievable."

"It's one of those things where last year wasn't Penn State football in so many different ways," Penn State junior quarterback Sean Clifford added. "The way that we played wasn't great, but at the same time, we were in here by ourselves and to be with everybody again, it rises the game, the play of the game for us and then at the same time, I think that we feed off the energy at Beaver Stadium. It's home."

"It feels good," Clifford continued. "The more guys that get touches, the better, especially early in the year. Get guys catching the ball in space, feeling it out. You've got a lot of vets, who know how it goes. You've got Jahan (Dotson) and Parker (Washington), Dre (KeAndre Lambert-Smith), but getting other guys touches is always good."

Jesse Luketa added a pick 6, a moment he admitted he couldn't have ever imagined.

"I did not," Luketa, a senior linebacker said. "Ultimately, some of the biggest plays you can make on the defensive field, sometimes they're not noticed, but to make a play like that, that everyone's tuned in, it's a big play. It's humbling. I'm excited and I'm going to do it again."

So, a resounding win against Ball State and next Saturday, a whiteout here against Auburn.