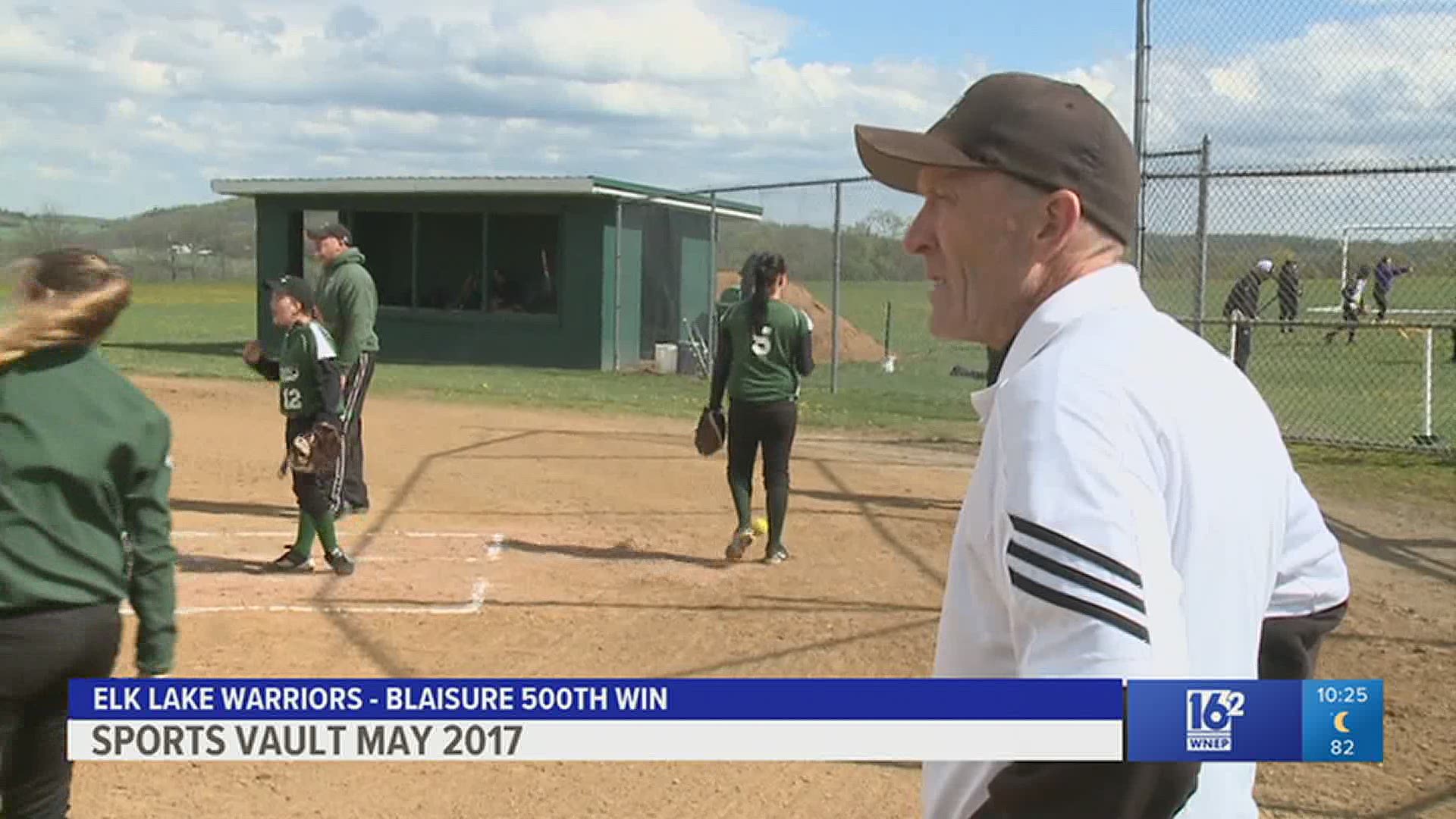 SUSQUEHANNA COUNTY, Pa. — "We need to jump on them in the Top of the 1st. You got it? Yes sir. We need to show a lot of emotion and what?  Passion!!!" said Tony.

He has coached for 32 years.

Tony Blaisure's three decade run at Elk Lake as the softball coach includes many 20 win seasons, along with league and district titles and win #500 of his career last week versus Forest City.

"My thoughts are with these kids that we teach day in and day out because I have had my opportunity to play high-school here and play in the adult league. And it was for the kids and the kids knew about it a little bit, and they felt a little bit of pressure, but there was one thing that they wanted to do and that was go out and win the game regardless of what number it was for me," again said Tony.

"It was really special. He has been really pushing for us to be a good team and it was cool to win and to do that during my senior year we we're able to do it," said senior player.

"How did you get the job? Unfortunately it was a tragic situation here what happened. The head coach at the time Tom Bush and the wrestling coach Kirk Zurn they we're electrocuted on a weekend and then after that because I was helping Tom for the last two years before that I applied for the position and they gave it to me," added Tony.

Tony has remained here at Elk Lake for 32 years coaching softball-one because he loves these kids and two-he loves this game.

"What does softball mean to you? I try to teach passion and a love for the game so I think that I have passion for softball," again said Tony.

"You have to be mentally focused. You got to always put your best into it. If you make a mistake you have to pick each other up and you can't let it bother you into the next inning," again said one of the players.

The Warriors have won 7 of 8 and have characteristics of a Blaisure coached team speed, hitting and defense.