Billy Kresge ran track for the Tigers back in 2010 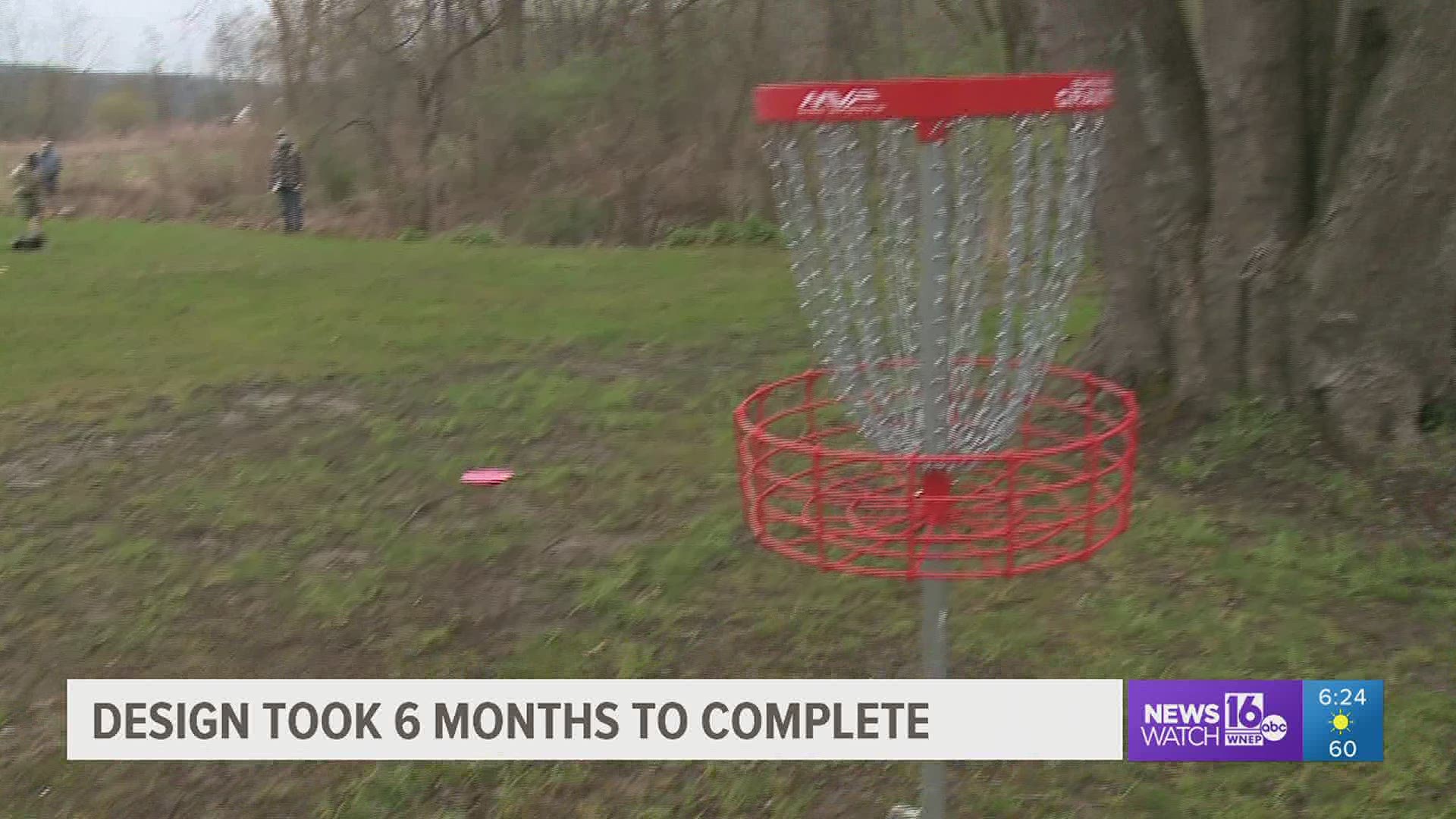 TUNKHANNOCK, Pa. — Tunkhannock cross country and track and field coach Randy White plays disc golf at the William B. Kresge Memorial course in Tunkhannock Township. Evan Talcott one of his runners on the Tigers track team designed the course part of  his Eagle Scout project. It was put together to remember and memorialize another former Tiger track athlete 2010 graduate Billy Kresge who was tragically killed in a car accident in 2019 in Florida.

It's absolutely awesome! It's awesome for the community and it's great now that a runner that runs for me now is taking on this project. So it really means a lot to me. It's a proud coach moment for Evan to take this project on in memory of Billy," said Randy.

"It's important in my life because my brother recently got his Eagle Scout and I want to get there too. It will help me get into future colleges and I am looking to go to West Point. So it's just a great opportunity for me," said Evan.

Joining Randy and Evan for the opening of the course are Billy's brother Luke and sister Molly.

"We are so thankful for the Talcott family and everything that they have done. Seeing Billy's name up there on the sign there just this whole park is just a memorial to him is just amazing and he would be as he would put it so stoked," said Molly.

"About a year before he passed he told me that like Luke one day I want to bring a disc golf course or a skate course or I want to bring something for the youth of Tunkhannock to be able to take part in. So this is kind of our idea to help his dream come true," said Luke.

It's a 9 hole course complete with signs and baskets. Evan had to get permission from the township and the boy scouts to complete this project.

"Billy was a very avid outdoors man. He loved everything about the outdoors. Did everything in the outdoors and this disc golf course is going to be here for years to come for many people to enjoy and he is just smiling down on us. That's for sure," again said Randy.