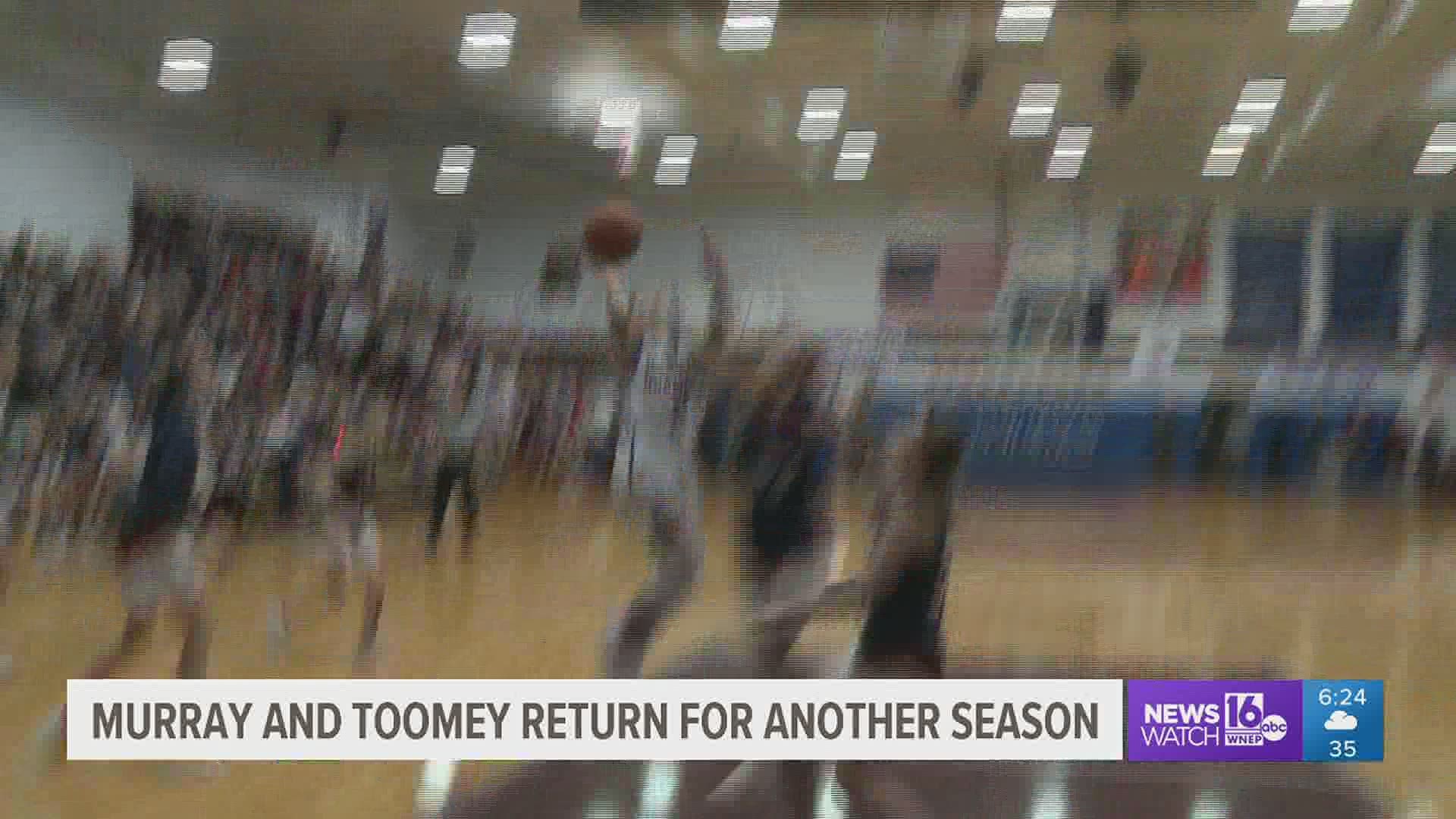 DUNMORE, Pa. — March 10th marked the end to Dunmore's 2020 season. It wasn't a  loss but a resounding victory for the Lady Bucks over Neumann-Goretti and the beginning of the COVID-19 pandemic. They never played the state quarterfinal game, and now 10 months later practice resumes and the rust fades away.

"It's definitely been a challenge for our players and all the high-school students around. We tried to express to our players that like any challenge comes great opportunity to really grow and utilize this time in a way that has them best prepared ready to go once in fact we start playing some games," said Ben.

"Honestly it's been an emotional roller coaster, but now that we are back in the gym it feels better than ever. And we are going to keep pushing ourselves and we are just excited to be back," said Anna.

"It's really important to us that we have a season especially with it being our last, and it is kind of bittersweet but we are going to do everything that we can to have a season," said Alexis.

It's been about 10 months since the Lady Bucks actually played a basketball game together so the one thing Coach O'Brien wants to emphasize when they return is conditioning He doesn't care how much they did on their own you get better when you are back here in the gym conditioning as a team.

RELATED: Murray Commits To Drexel Prior To The Start Of Her Junior Year At Dunmore

"You got to get them in shape and then hopefully install as much of our stuff as we can and just try to do things in small doses and try to get better as the season goes along," again said Ben.

RELATED: Rising Above The Rest For This Lady Buck Sophomore Golfer

With two of the best players in the state still on board in Moriah Murray and Ciera Toomey Dunmore starts up January 21st with Blue Ridge.

"Two of the best players that have ever been here, so to have them both together is pretty special. But they have a lot of great teammates too and everyone kind of fills their role really really well and that is what being a great team is all about," added Ben.