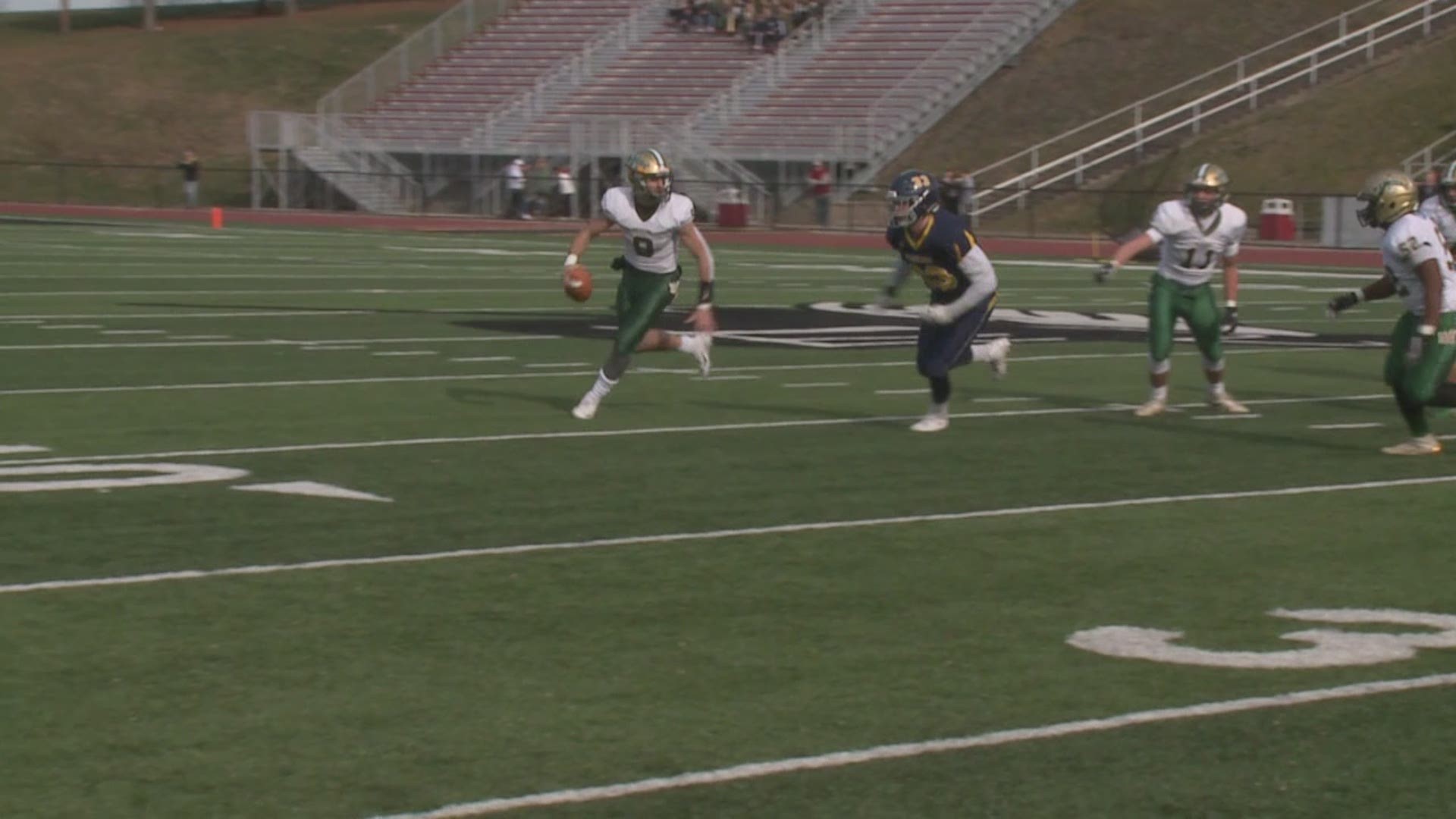 LUZERNE COUNTY, Pa. — Coming off that "AAA" state championship in football for Wyoming Area quarterback and safety Dom DeLuca just made the biggest decision of his life. The Warrior will become a Nittany Lion and play for Penn State next season.

"It's a dream come true. I have been going to these games forever and just to be on campus it just felt right," said Dom.

DeLuca is in the process of re-habbing his knee-getting healthy and getting out to Happy Valley very soon.

"He is very excited to have me. Him and Coach Banks can't wait to get me

back on campus after all this clears up. And they think that I can make a huge

impact on the team and help them out in the long run," again said Dom.

When Dom gets out to Penn State he will join a few former Lackawanna College Falcon football players in Jaquan Brisker and Ja'yiir "Tig" Brown. Along with DeLuca and Brown who could become immediate impacts, Brisker has already made a name for himself on the Penn State defense.

"Do you know what position you are at right now? Are you kind of going to do special teams? Where is Coach Franklin going to have you play? They are going to have me at the safety or outside linebacker position, and probably on special teams most likely," again said Dom.

Dom tells me everyone in Exeter and West Pittston are doing fine for now. The biggest thing that he misses are his friends.

"It's kind of like a little dead town, but the grocery stores are packed and it's taking a little while to get out of the parking lot, but people are taking it pretty seriously around here and not doing much. It's a little different not being able to do stuff with our friends right now. I am working on my therapy and doing stuff for my knee and I am still doing some work on the computer that they gave us," again said Dom.