Akers was a 6-time Pro Bowl kicker in the NFL 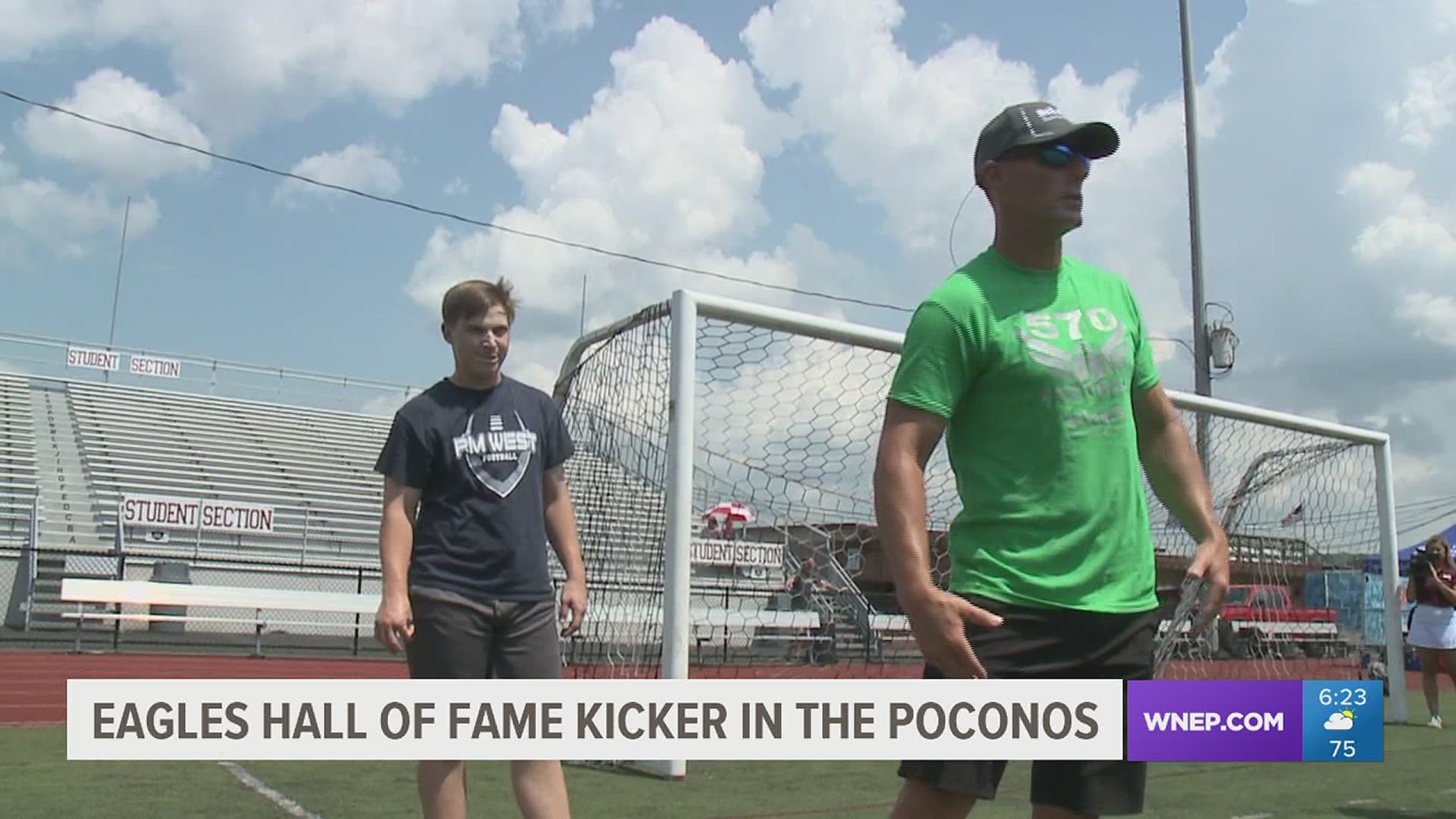 STROUDSBURG, Pa. — As the 570 sports camp hauler rolled into Stroudsburg it was a chance for Ken Parrish and David Akers to provide instruction to some future football special teamers. Akers still the Philadelphia Eagles all-time leading scorer and 6-time Pro Bowler developed a friendship with Parrish a former East Stroudsburg University punter at Eagles camp in 2009. The two have remained friends ever since and get together annually for different camps in the Poconos.

"It's very great for this community to have a guy like David Akers come back in this area. The greatest thing about having him come up here is clearly the kicking aspect, and being able to see the intricate things that he can provide for form and get better at kicking it's the mentality state," said Ken.

"It's great to be up here. Obviously Ken and I go way back with the Eagles and back to one younger days and less aches and pains in the  body. It's great to see the next generation kind of coming up," said David.

"So I have my chest in front where my chest leads and it kind of pulls me this way," added David.

RELATED: Akers And Parrish Hold 570 Kicking Clinic In Lehighton Back In July 2018

On this hot afternoon several high-school kickers took instruction from Akers and Parrish learning the fundamentals to put the best foot forward on the football.

"I don't want to change this about you because we just have that it is for you, but we need to be able to do this to be more accurate and that is ultimately is all that we are trying to do. A couple of nuggets here and there and ultimately begin able to go and work on it through the season," again said David.

It's amazing. It's just crazy that they are coming out here to my local school like I don't have to go anywhere. It's insane," said Ben Pilcher.

David Akers NFL kicking career ended in a span of 22 months due to injury so he is very impressed with the career of Robbie Gould out of Central Mountain who is still having kicking in the NFL for the 49ers.

"The biggest thing that I see with Robbie is that he has been able to stay healthy. There are a lot of us that we go pinnacle and then we just drop off. I mean I am one of them. I had 3 straight surgeries in a 16 month period and went from my last Pro Bowl to my last game in 22 months. And what Robbie has been able to do is being able to maintain that health and because of that he was already a great kicker and he has been able to be that fine wine and just keeps getting better with age," said David.

The Eagles open the 2021 season in Atlanta on September 12th.