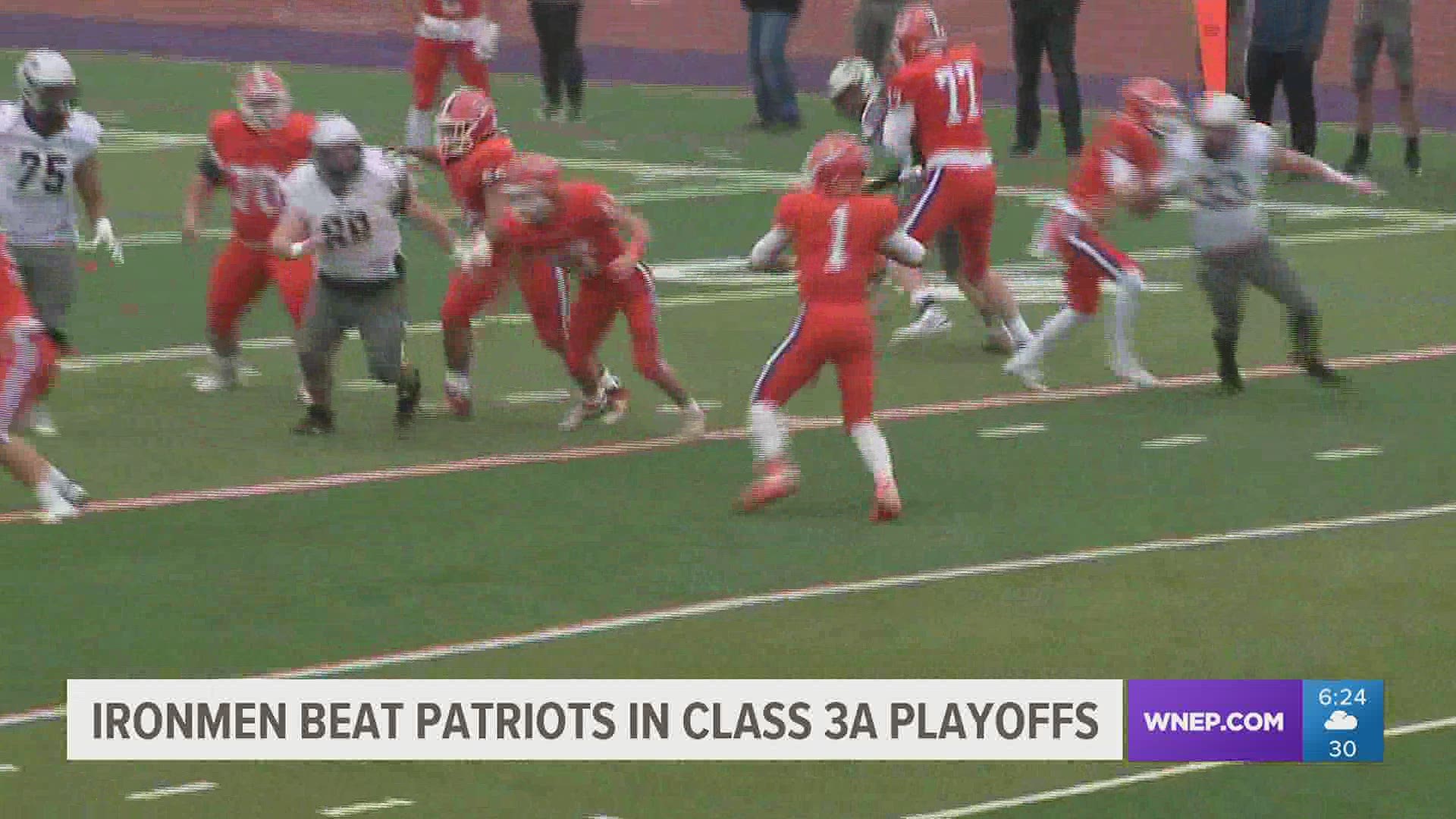 DANVILLE, Pa. — Navigating through the pandemic, with a new coaching staff, there are a lot of reasons why the Danville football team shouldn't be here.

"There wasn't a lot of reason to believe this offseason with the pandemic and the kids are out of school and there was the change and there was no reason for them to buy in," Danville Football Coach Mike Brennan said. "Because of their hard work, we have this opportunity."

"No one believed in us coming into the season," Danville senior quarterback KJ Riley explained. "COVID, people thought we weren't going to be as good as we were because of new coaches, all that stuff, but we just came out and did our thing and we're still going."

Showing what it means to truly be an Ironman and no one has done that better this year than Riley. The senior quarterback threw for 259 yards and five touchdowns against Archbishop Carroll in the PIAA Class 3A state quarterfinals, leading his team an historic victory - the first out-of-district state playoff win in school history.

Credit: WNEP
Danville's KJ Riley throws one of his five touchdown passes in the Ironmen's 42-21 win over Archbishop Carroll.

"It means a great deal for us as we take a step in the right direction," Riley said. "It's great that we can finally move past the first round of states, get past districts and keep moving to the next step."

"I don't think it'll really kick in until after the season, but we just try to go out and at this point, it's lose or go home," Danville sophomore wide receiver Carson Persing added. "So, we're just trying to hopefully get to Hershey and make smothering happen."

Riley was magnificent at Ironmen Stadium this past weekend, but their state semifinal is a true road game at Wyomissing on Saturday.

"They've averaged 48 points a game this year," Coach Brenna explained. "Only given up four points per game. They're unbeaten. They're district three champions. There's a lot at stake. So, it doesn't matter where we're playing the game. It's between the lines. It's 48 minutes on Saturday to see who takes the next step."

"We know just going in, we have to play our game and if we do that, we have a good shot to win," Persing said. "It'll be a real challenge for us, but we're excited."

Excited for a 1:00 PM kickoff on Saturday.