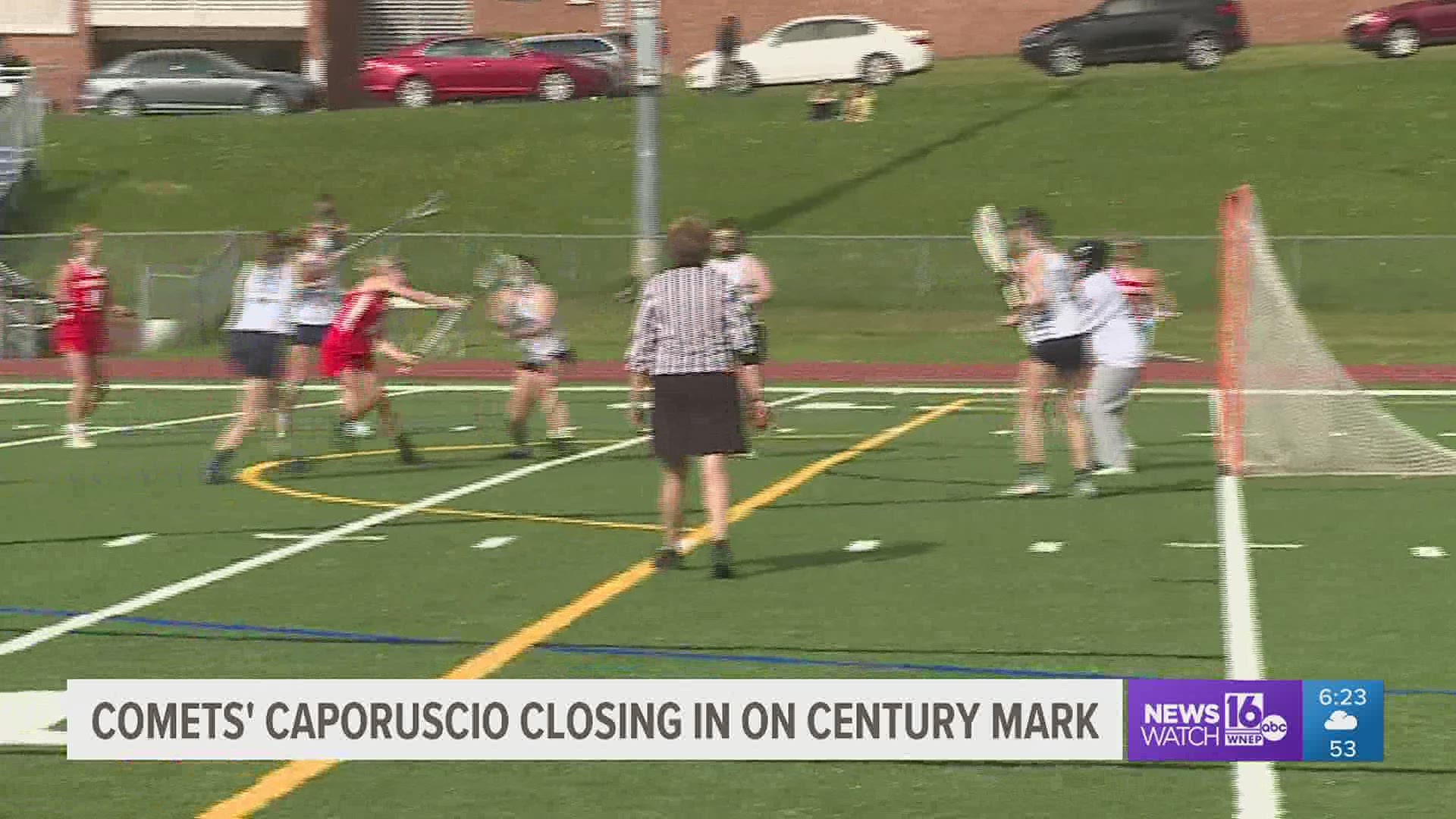 CLARKS SUMMIT, Pa. — Without a freshman season, Crestwood's Isabella Caporuscio is bursting on the lacrosse scene, as a sophomore. No surprise to her, though. It runs in the family.

"My dad played in college at the University of Albany," Caporuscio explained. "So, he was a good player and my brother went and committed to Le Moyne College. So, that's just what I grew up doing. I always had a stick in my hand. They always played with me. So it's just my atmosphere growing up was lacrosse."

It shows. Crestwood is 13-2 and a perfect 11-0 in the Wyoming Valley Conference.  With six goals against Abington Heights this week, Caporuscio now has 98 on the season – two shy of an incredible milestone.

"It is such a unique thing to see 100 goals from a player in a season and if you look in the national scorers in the United States, there are very few girls who actually are actually able to score 100," Crestwood Girls Lacrosse Coach Russ Kile said. "It means a tremendous amount to the program and especially to Isabella and her family. It's something a long time coming since they've all invested so much in the sport."

That's exactly it. For Caporuscio, it's not just about the goals. She's already over 100 career points, which is goals and assists, which is just as important to her.

"Outside of lacrosse, everything's better when you have a team, people to work with," Caporuscio said. "So, I think that's the main goal."

"Absolutely and that's one of the messages," Kile added. "We love goals, but we love assists even more and that's what wins games ultimately."

"Get everyone included, everyone works together, you're going to see big things happen," Caporuscio said.

They're already happening for Caporuscio and the Comets.