Witnessing the ‘White Out’ at Penn State

UNIVERSITY PARK, Pa. — In front of one of the largest crowd’s in Penn State football’s history, the Nittany Lions took down rival Michigan ove... 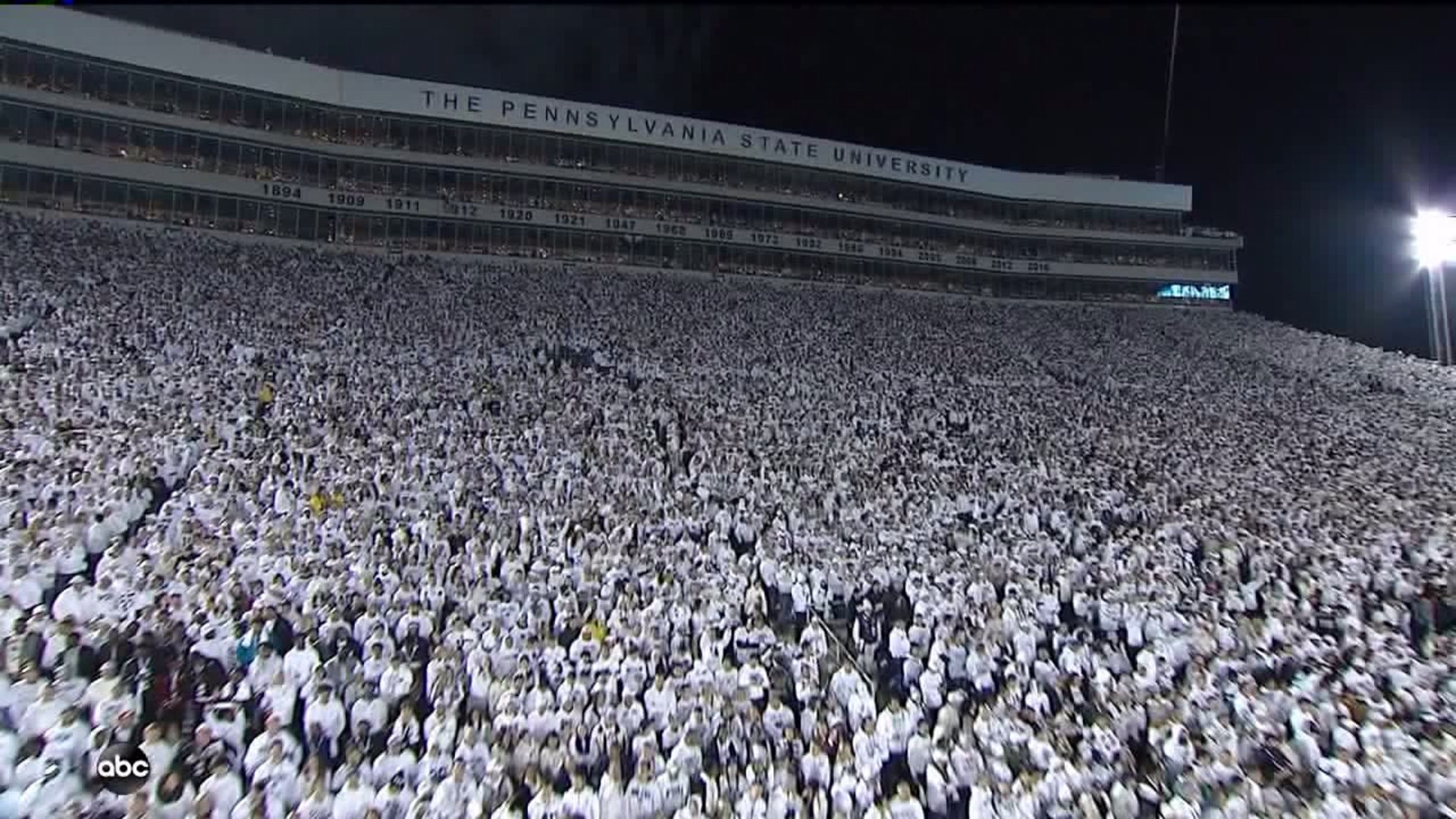 UNIVERSITY PARK, Pa. -- In front of one of the largest crowd's in Penn State football's history, the Nittany Lions took down rival Michigan over the weekend.

It was Penn State's annual "White Out" game which is seen as one of the most unique atmospheres in college football.

There isn't another sight like it in college football, according to the experts and those who know the place pretty well.

Penn State's first stadium-wide "white out" came in 2007 against Notre Dame. Since then, it's become one of the most breathtaking spectacles in college football.

On Saturday night in front of a national TV audience, one of the largest crowd's in Beaver Stadium history was on hand as Penn State held off Big 10 rival Michigan to stay undefeated on the season.

"It's amazing. This is what we live for here. You're not going to get a better college atmosphere than this. It's absolutely beautiful. A lot of people coming together for fellowship and football," said Lacie Smith of Bellefonte.

"You cannot escape this environment without understanding what it's meant to be," said Tony Raup of Danville. "You have to come and see it to believe it."

When you actually see the sea of white rocking Beaver Stadium, you'll understand why it's considered to be one of the most unique sights in the sport.