What’s Next for Penn State After Verdict? 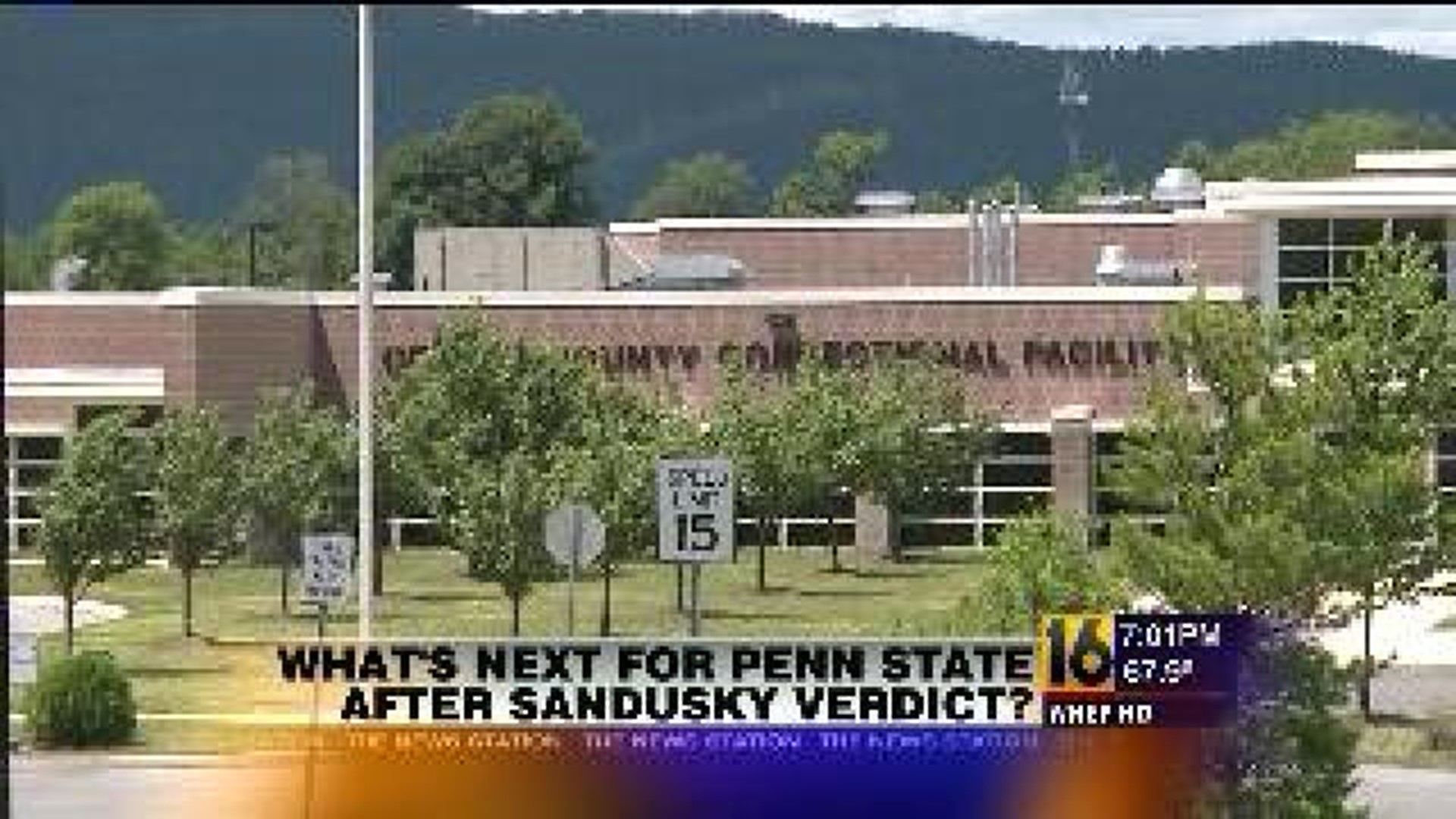 STATE COLLEGE -- Jerry Sandusky's guilty verdict is not the end of potential troubles in Happy Valley.

Penn State University has invited Sandusky's victims to settle any potential lawsuits all while former officials with the university still face charges they covered up the abuse.

With Jerry Sandusky behind bars facing what amounts to a life sentence there are signs the Penn State community is trying to move on.

In State College over the weekend, an artist painted a woman in Jerry Sandusky's place on a mural along Hiester Street. She is a poet who speaks out against sexual abuse.

One of the handprints belongs to one of the jurors who convicted Sandusky late Friday night.

"This is a good statement here for the community to know we're still supporting the victims, always vigilant, make sure this never happens again," said Ben Willis of State College.

Willis has followed the sex abuse scandal closely and expects there will be a slew of lawsuits coming Penn State's way in the coming weeks and months.

"There's going to be more action to follow suit, it's not over by a long ways," said Willis.

Now Penn State is putting the victims first asking them to come forward and settle any lawsuits privately and out of the public eye.

"Sandusky wasn't the only one involved, there was a lot of people involved in the cover up. I think it will take time, eventually it will be time to move on," said Nathan Matsko of Bellefonte.

Both await trial in Harrisburg meaning there is still more to this story.

"But it comes down to your morals, are you willing to go and speak out for the kids, in that sense they didn't," said student Zico Khayat.