STATE COLLEGE, Pa.– Even a 40 minute weather delay couldn’t keep more than 108,000 fans from packing beaver stadium on Saturday. and it certainly di... 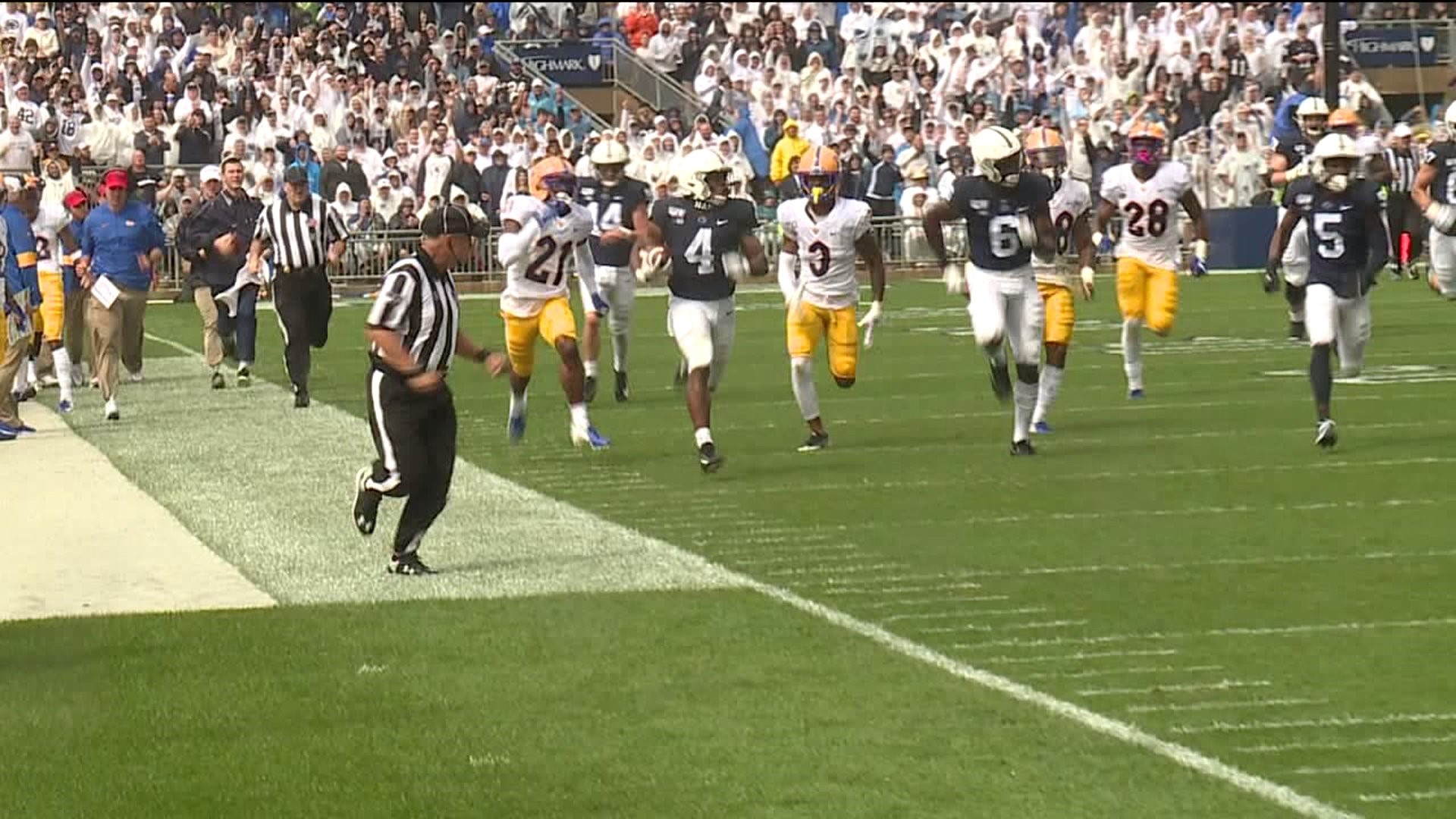 STATE COLLEGE, Pa.-- Even a 40 minute weather delay couldn't keep more than 108,000 fans from packing beaver stadium on Saturday. and it certainly didn't dampen the mood.

After all, this was the 100th installment of the Pitt-Penn State rivalry. A rivalry that dates back to 1893. Anytime the two heated rivals have squared off for the right to claim Pennsylvania theirs, the pads get popping.

"It was physical from the first snap to the last," Penn State safety, Garrett Taylor said.

"Honestly, it was probably the most physical game we've played so far,"

Tough, rugged and physical also because this was the last time Pitt and Penn State would play for the foreseeable future. After not having played one another since 2000, the Nittany Lions and Panthers agreed to a four-year Keystone State clash starting in 2016. But with each school competing in different conferences and that deal expiring, there's no telling when we'll see one of the best rivalries in the sport renew. A reality the fans aren't content with.

"I hate it," Jonathon Perlman, a senior at the University of Pittsburgh said. "I think it's bad for the state. The games are always good. I think it's good for the fanbases. It's kind of a shame the rivalries going to end."

Ending for now and as this chapter closes, fans are left wondering when the next one will begin. Only time will tell.