UNIVERSITY PARK — Another fraternity at Penn State University has been suspended after a student was hospitalized after allegedly drinking at a frat. Acco... 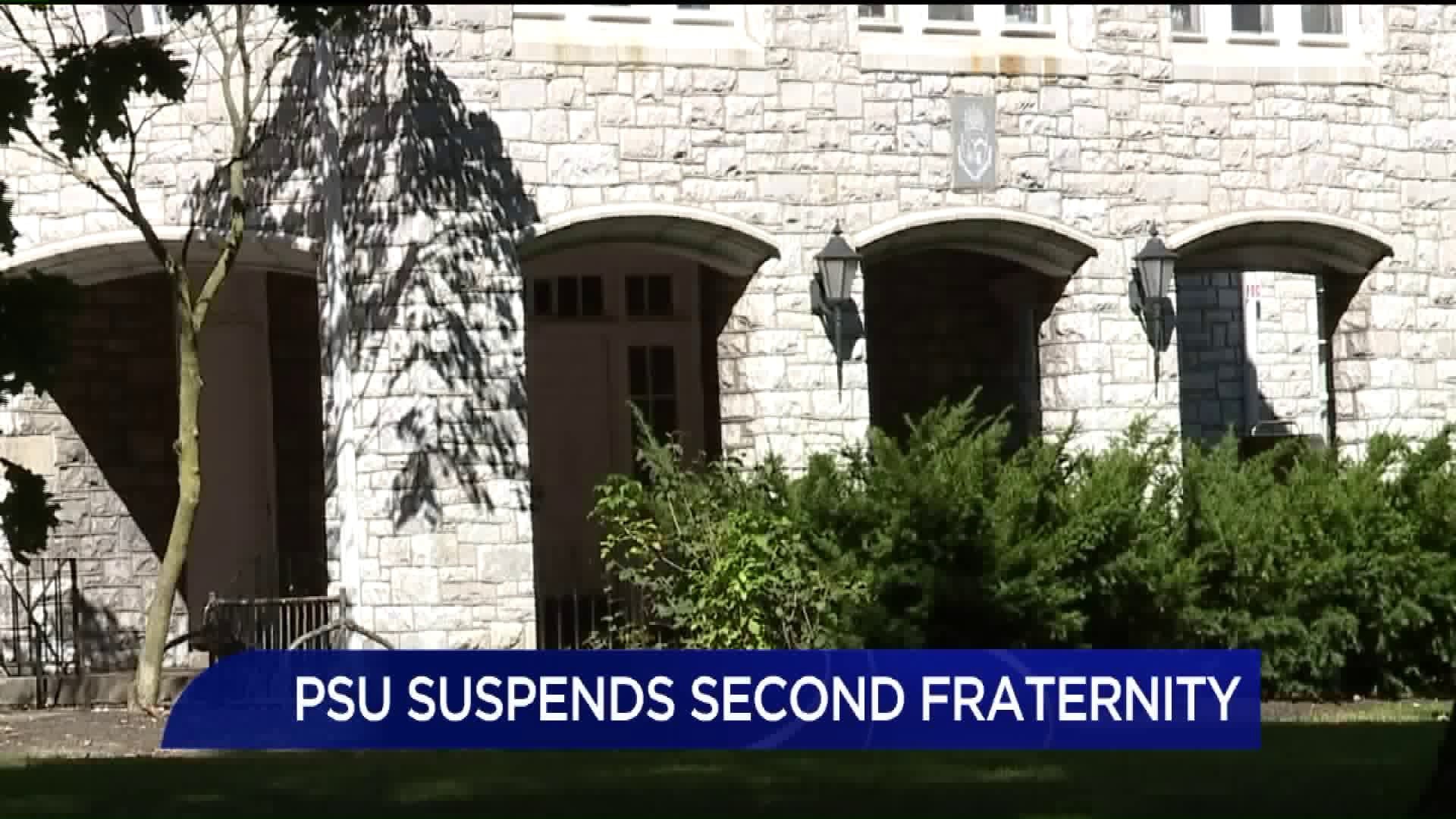 UNIVERSITY PARK -- Another fraternity at Penn State University has been suspended after a student was hospitalized after allegedly drinking at a frat.

According to the university, the 18-year-old student was found unconscious on a street in the borough last Thursday.

A spokesperson for Penn State confirms it is investigating possible involvement by Delta Tau Delta Fraternity.

All Penn State fraternities are under a social ban since the death of Beta Theta Pi pledge Timothy Piazza who died in February from injuries suffered in a fall after a night of heavy drinking, allegedly after a hazing ritual.

There is not much going on at Delta Tau Delta fraternity in State College. Members are still living there but Penn State University has temporarily suspended the fraternity. A student who was allegedly drinking there on Friday was found unconscious on Calder Way in State College.

"We knew something must have happened but we just kept walking and went on with our night. There was a big crowd of people, we figured they'd handle it," said freshman Sabrina Dobron.

The university is investigating possible involvement by Delta Tau Delta and for now, the fraternity cannot recruit new students or host activities.

"Banning fraternities isn't going to do anything in the way of helping with alcohol issues," said freshman Lindsay Tagliere.

"There's still going to be people doing it no matter what," said freshman Mitchell Fullard.

After a death at a fraternity earlier this year, Penn State University cracked down on its Greek life.

When Beta Theta Pi pledge Timothy Piazza died in February after a night of heavy drinking, the fraternity was removed from Penn State.

There is talk around campus of possibly banning fraternities. The students we spoke with say that won't work.

"At least with the fraternities, you can kind of monitor it, but with the underground scene, it's more apartment parties," Burroughs said.

"That's something very controversial that I don't know if it would work. I think there would be ways around it, students that would do it," Fullard said.

Penn State's Office of Student Conduct is investigating any connection Delta Tau Delta may have had with the student who was found unconscious. What comes from that investigation will determine possible sanctions.

Penn State has suspended on an interim basis all Delta Tau Delta fraternity functions pending an investigation into injuries on Sept. 28 of a student who allegedly had been drinking alcohol at the fraternity. The 18-year-old male student was hospitalized after being found unconscious off-campus on Calder Way in State College Borough by borough police. The student is recovering.

The Office of Student Conduct is investigating any alleged connection the fraternity may have with this incident. The findings of the investigation will provide direction for decisions or sanctions that could follow. All Penn State fraternities have been under a University- and IFC-imposed ban on social functions involving alcohol until undergoing additional alcohol education and training. The Office of Student Conduct also is looking into whether individual students had a role in providing alcohol to minors that may have contributed to the injured student’s condition on Sept. 28.

“The potential involvement of Delta Tau Delta is very disturbing news, given all of the recent efforts and education that have gone into emphasizing student safety,” said Damon Sims, vice president for Student Affairs. “None of us can be tolerant of organizations or individuals who value access to alcohol above student welfare.  We'll see where our investigation of this incident leads.”

Penn State on Aug. 21 instituted aggressive new measures to drive change within Greek-letter organizations and compel the organizations to focus on student safety.

University leaders have acknowledged that excessive underage drinking is a vexing problem on campuses nationwide and true change will not happen without the members, chapters, alumni boards, housing boards, council, and national organizations commitment and partnership in putting student safety first.