UNIVERSITY PARK — A low flying State Police helicopter sent tailgate tents and other party supplies flying into the air Saturday at a parking lot outside ... 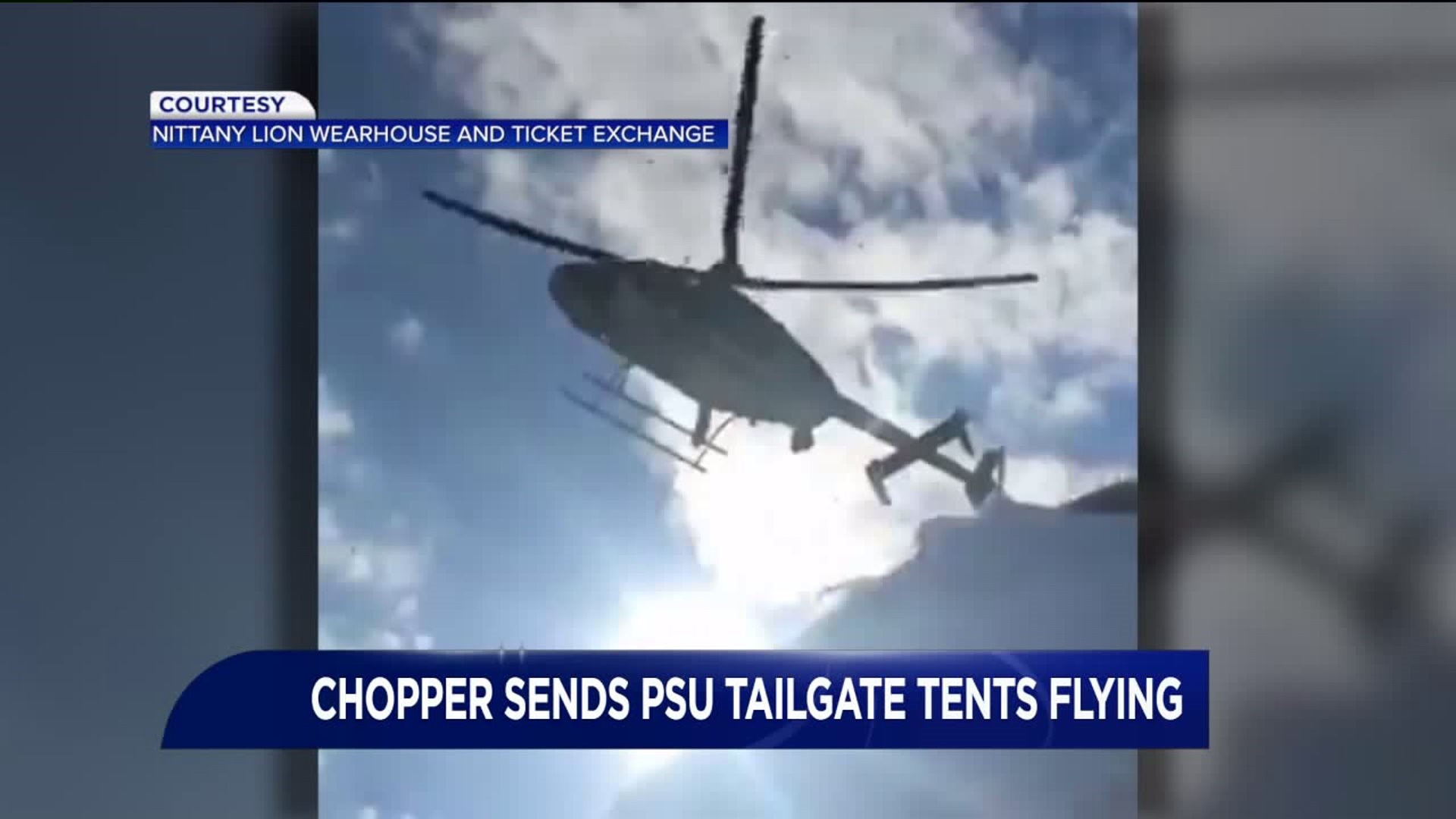 UNIVERSITY PARK -- A low flying State Police helicopter sent tailgate tents and other party supplies flying into the air Saturday at a parking lot outside Beaver Stadium.  State Police responded Monday to say this was in response to a "large-scale party that was getting out of hand."

In video shared on social media, you can see the helicopter fly over the grass parking lot full of vehicles and a crowd tailgating, then it turns around and flies even lower. That's when tailgate tents were launched into the air.

In a statement released Monday afternoon, Pennsylvania State Police said troopers were called to help with a party in a parking lot that was creating a risk to "persons and property."  The statement said tailgaters "first ignored commands to disperse from law enforcement on the ground."

"Then PSP deployed personnel, including the Pennsylvania State Police Tactical Mounted Unit. The crowd began to turn unruly and two PSP horses were assaulted and a trooper was injured. Ground units pulled back in an effort to deescalate the situation."

That's when troopers said the PSP Aviation Unit was called in to help. At first it was used to issue commands for the crowd to break up using a loud speaker.

"When personnel on scene noticed the helicopter was low enough to disturb items on the ground, the helicopter pulled up to a higher altitude," read the statement from state police.

Many people went on social media to complain about the low flying helicopter including those who said their tailgates were ruined by it.

@PSUPolice101 Crazy tactics by the police at a Penn State tailgate yesterday. Looks like FAA regulations were broken when a police helicopter flew down low to take out tailgates. Very unsafe as the police had mounted horses around that could have been hit by debris! pic.twitter.com/B6OrcJUSbF