DALLAS, Texas — Penn State fans have been arriving in Texas all day on Thursday as the Happy Valley moves south. Of course, among those making the trip is... 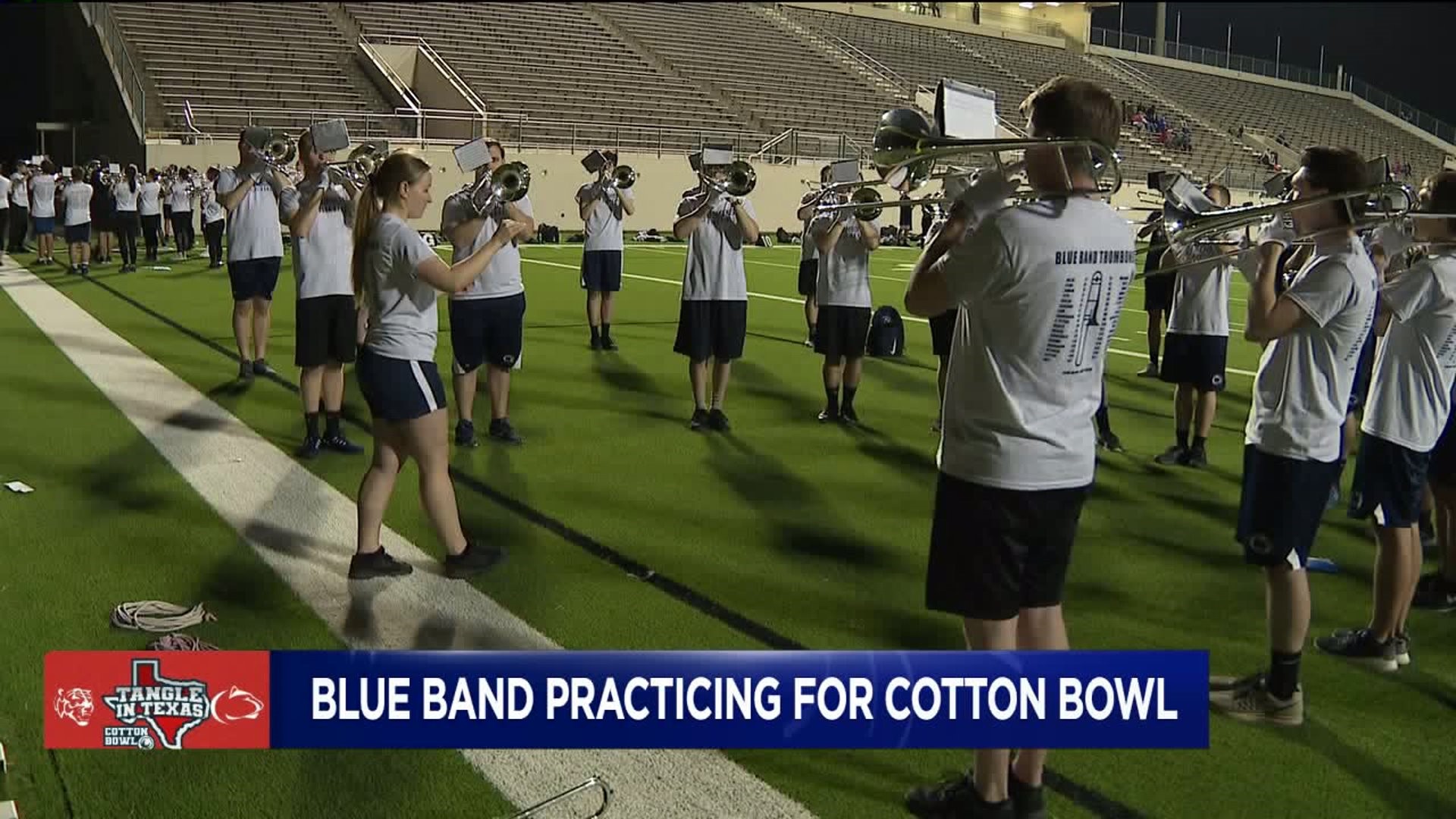 DALLAS, Texas -- Penn State fans have been arriving in Texas all day on Thursday as the Happy Valley moves south. Of course, among those making the trip is the Blue Band.

Newswatch 16 was at the Blue Band practice that was at a high school stadium that seemed more like a college stadium, Texas-style here in the Dallas area.

The Blue Band members practice all year long, but after a Christmas break where some admit they got a little rusty, they come together to make music magic.

It's a reward of sorts for them to make the bowl trip too, and so many of these members are from northeastern Pennsylvania.

"It's so awesome. It's such an amazing opportunity, and I'm so thankful to have it," said Katie Luksa of Luzerne.

"Words can't describe it, how cool it is to be here. Not many people get it. So to get it three times, I couldn't ask for more in my college career," said Matthew Potts of Watsontown.

The Blue Band isn't only performing at the Cotton Bowl. There is a battle of the bands Saturday between the Blue Band and the University of Memphis band. A lot of Penn State fans are planning to go to that.

Of course, we Pennsylvanians know who is going to win that.

More coverage of the Blue Band will be featured in the Tangle in Texas half-hour special Friday night at 7:30.