Penn State vs Kentucky in the Citrus Bowl 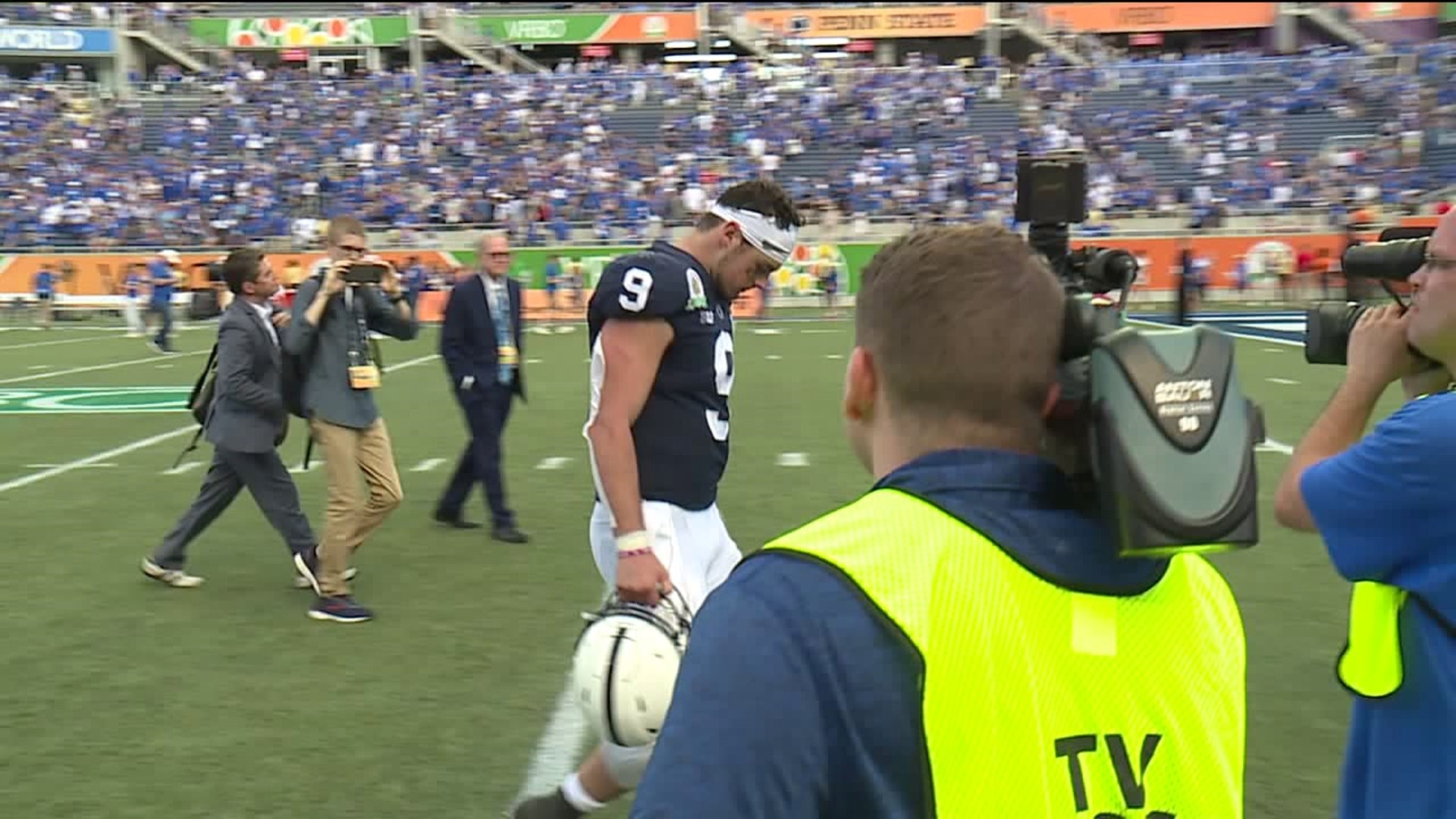 Trace McSorley nearly added the cherry on top to his legendary collegiate career. His team was down 20 in the 4th quarter, playing through the pain of a foot injury, but he refused to come out of the game. Unfortunately, that comeback fell short against Kentucky 27-24.

"For me, my personality, I wasn't going to go out," said the Penn State Quarterback, "They would have take off my badge for me (not to). I was going to be playing. So it was just a matter of being able to deal with it and then being able to go out there. I've been through too much. This team's been through too much for it to be a little pain deal."

"Trace is special," said Penn State Coach James Franklin after the game. "I can't put it into words the type of relationship that I have with him and his family. (He's a) special guy for a lot of different reasons, and obviously, you look out in the field and you focus on his arm and his legs, but it's his heart. You know, it's his heart and his mind that really makes him special."

It was special teams that put PSU in a hole. They gave up a punt return touchdown, missed a field goal, and had another blocked.

"I think we had a few lapses here and there, special teams-wise, defense-wise, but we fought," said Junior Safety Garrett Taylor. "We fought until the very end and unfortunately I think at the end we just ran out of time a little bit."

"The first touchdown we had, the one that made it 14-27, I thought that really boosted our hopes and we were super excited and we just ran out of time," commented Junior Tight End Nick Bowers.

Time has officially run out for McSorley's collegiate career, but he knows he's leaving happy valley in a good place.

So as McSorley walks off the field one last time in the blue and white, ultimately, they ring in the new year on a sour note.