It was a sloppy and lackluster first half for Penn State, so much so, the Nittany Lions were booed off the field here at Beaver Stadium, but a 28 point third qu... 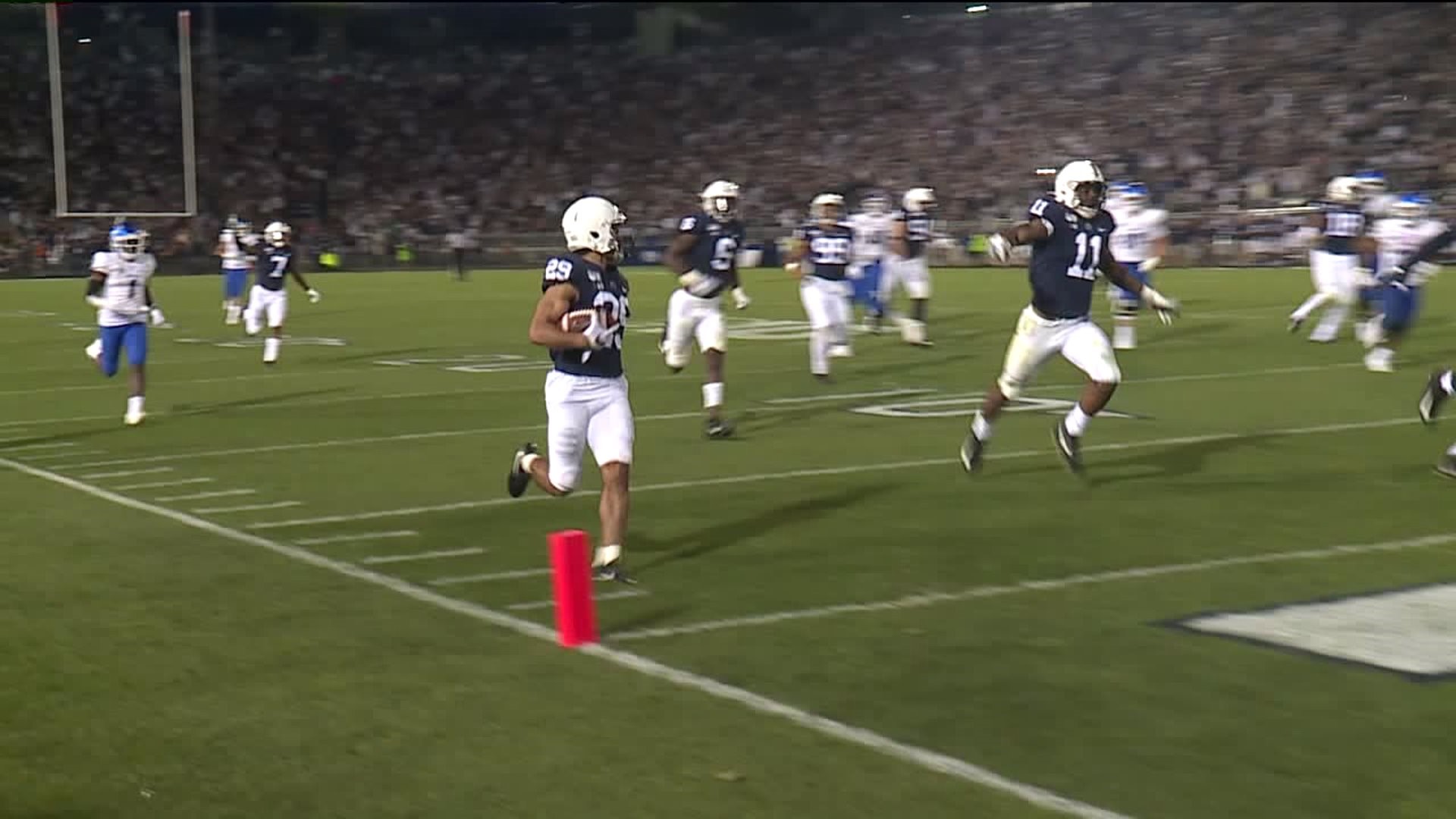 It was a sloppy and lackluster first half for Penn State, so much so, the Nittany Lions were booed off the field here at Beaver Stadium, but a 28 point third quarter, which started with a momentum changing pick six, helped turn those boos into cheers and a dominant Penn State win.

"It definitely means a lot," Penn State senior cornerback John Reid said, after making the game-changing play on defense. "You do a ton of visualization, kind of imagine being able to have that pick six and take it back. So it's really exciting. I'm just happy for our team and obviously help give us the lead and make a play for our defense when we needed."

"The sideline reacts to him because they feel so strongly about him, but I also think obviously it was huge play," Penn State head coach James Franklin added. "We were able to get some momentum, got the fans going. We got our sideline going and we were able to obviously go on a pretty good run from that point on."

"I think just watching the tape and just getting better, learning how to adjust," Penn State redshirt sophomore quarterback Sean Clifford said. "We're a younger team. So, we haven't faced adversity like that and I think it was really good for us to get pushed like that. I'm glad with how we responded and I'm just excited to keep moving on."

"I just take what coach gives me," Penn State sophomore tight end Pat Freiermuth added, after scoring two touchdowns in the win. "I trust him with what I need to do. I told him at half time. I was like, 'listen, get me the ball and I'll make plays.' He listened to me and I got the ball and I'm confident, whoever they get the ball to in the offense, they're going to make a play."

"I feel like the young guys, it's just about getting a feel for it, Penn State senior linebacker Cam Brown said. "Every team, it's the beginning of the season. They're doing things we haven't seen before and things we're not really used to. So we've got to get used to that. I feel like the young guys did a good job. Everybody was on the same page. We were communicating. We were doing well on the sideline. So I feel like, honestly, the second half showed that we can adjust very well."