STATE COLLEGE, Pa. — Another Penn State fraternity has been placed on interim suspension. State College police say they are investigating an alleged sexua... 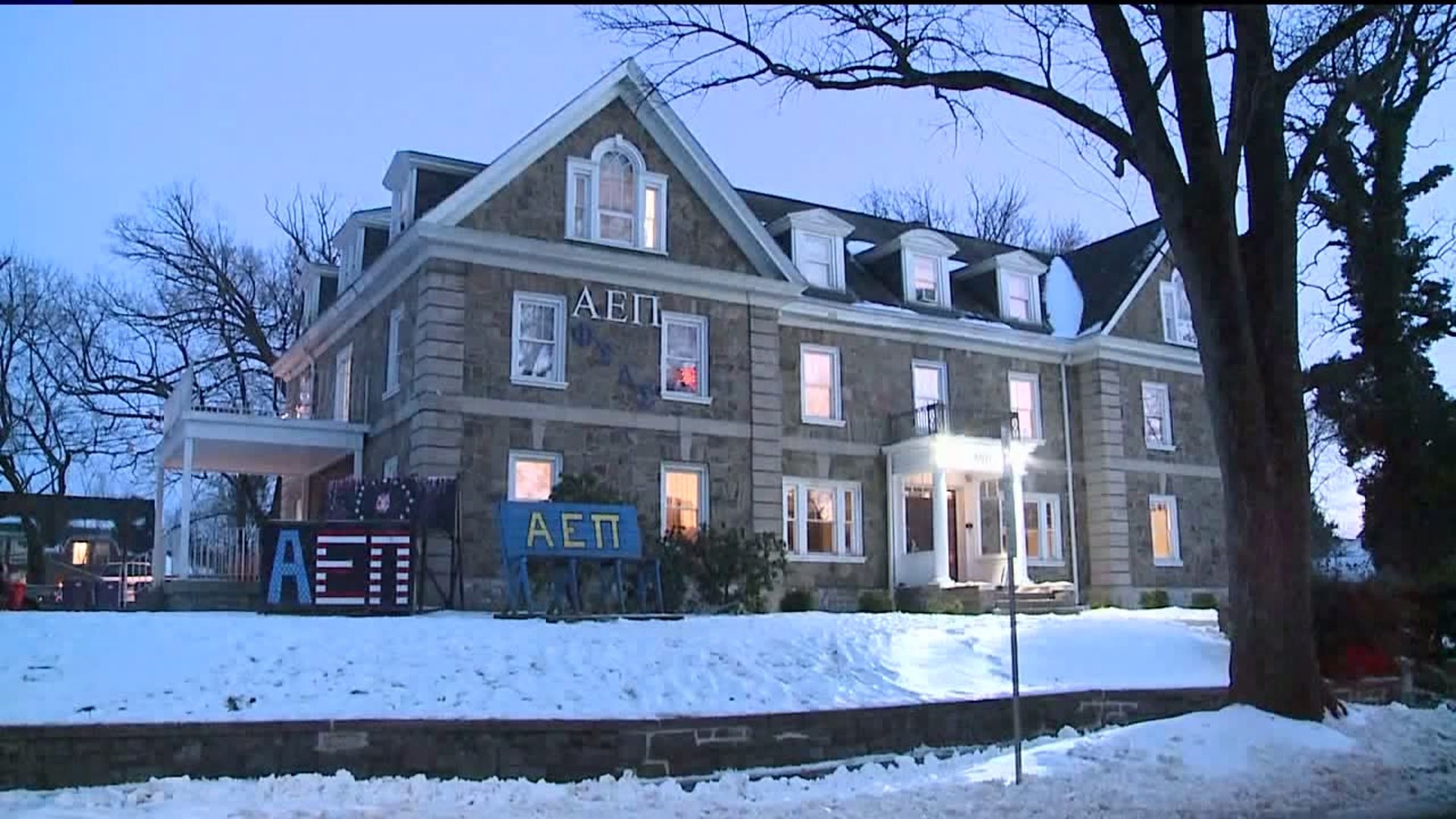 STATE COLLEGE, Pa. -- Another Penn State fraternity has been placed on interim suspension.

According to police, the alleged victim, who is reported to be a student, told someone else about being sexually assaulted by four frat brothers at the AEI house last Wednesday. That person then reported it to the police yesterday.

"Well, it's shocking, but I didn't know about it, that it happened at AEP," said Erin T. Scherne, Penn State University Sophomore.

The university promptly placed the fraternity on interim suspension.

"During this interim suspension, AEP loses all of its privileges including recruitment of new members, participation in university-wide functions, and hosting parties."

More than a dozen frats at the university have been suspended since Beta Theta Pi pledge, Timothy Piazza died in 2017, after a night of heaving drinking as part of a hazing ritual at the frat house.

That fraternity has been banned at Penn State.

Over the past three years, fraternities have been placed on interim suspensions for hazing, alcohol violations, and now the latest sexual assault.

"There is no place in our community for sexual misconduct and the IFC is committed to providing safe environments for members and guests by continuing to provide training and education."

Some students we spoke to believe the university does its best to keep students safe.

"Penn State does seminars at the beginning before you are a freshman to make sure that people know about sexual assault and all of that before they come," said Scherne.

"State College Police are investigating this reported criminal matter ... Penn State is committed to the safety and wellbeing of all students in our community and takes allegations of sexual misconduct seriously."

We reached out to the Alpha Epsilon Pi chapter at Penn State for this story, but we received no response.