No. 13 Penn State held off rival Pittsburgh 17-10 in the 100th meeting between the two schools. Newswatch 16’s Chase Senior was on the field for the fanta... 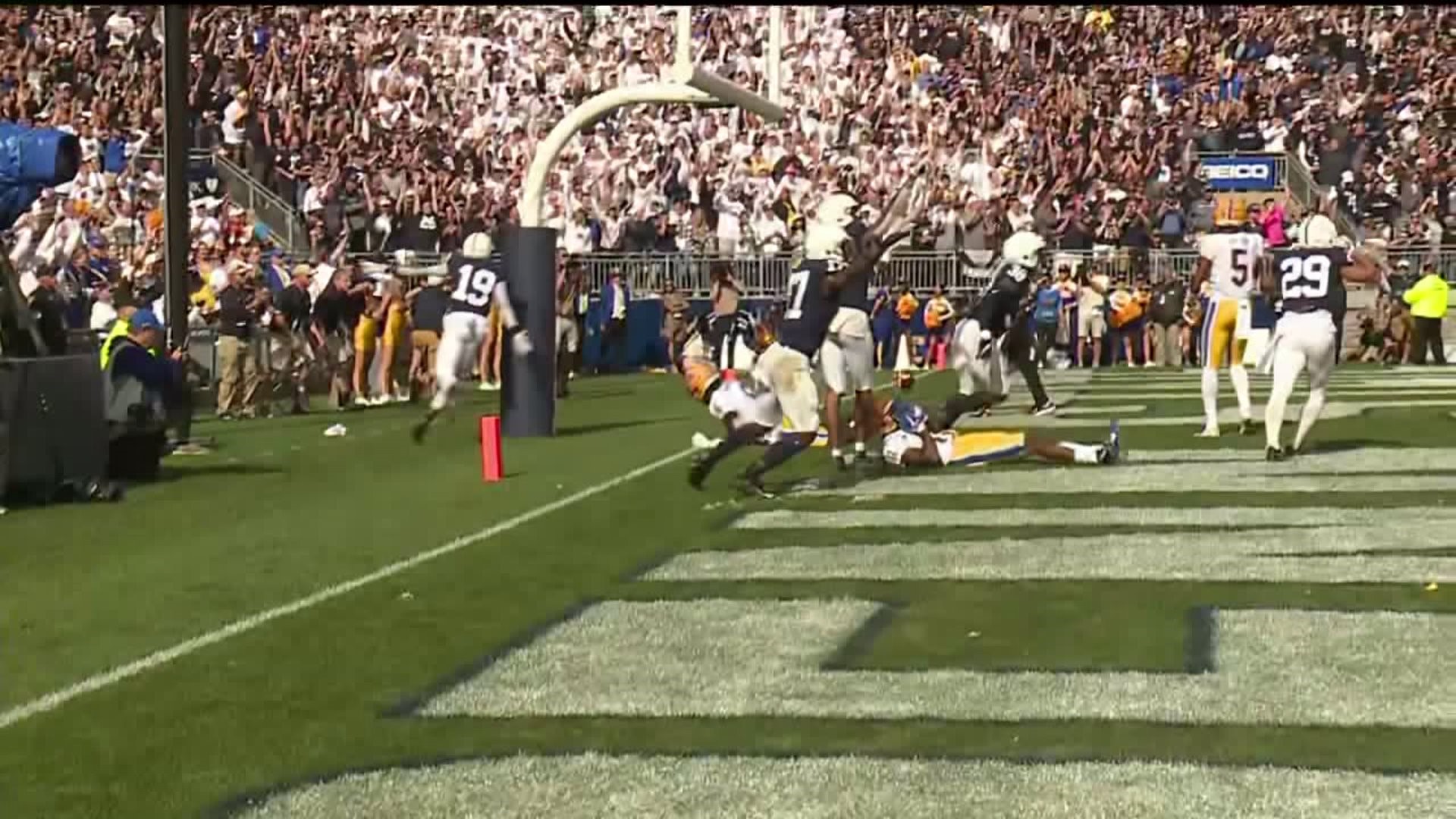 No. 13 Penn State held off rival Pittsburgh 17-10 in the 100th meeting between the two schools. Newswatch 16's Chase Senior was on the field for the fantastic finish.

We knew coming in that this would be the last time that Penn State and Pitt would play for a while. It was only fitting that in the 100th meeting between these two Pennsylvania rivals, this game came down to the last play. It was tough. It was physical and Penn State's defense came through in the clutch.

The final buzzer went off and they batted the ball down, it was just a sign of relief and another win and another good step moving forward," sophomore linebacker Micah Parsons said after the game.

"It was physical from the first first snap to the last and guys battling back and forth," senior safety Garrett Taylor said. "We got our shots. they got theirs, but every time we play them it's a physical game. I'm a little sore right now."

"Definitely a physical game," running back Journey Brown said, who reeled off an 85-yard run, Penn State's longest since the 2017 Fiesta Bowl. "I'm sore, beat up and stuff, but that's football. I would say you'd think I'm kind of crazy because I love this feeling, feeling beat up, I guess you could say, but the level of physicality the two teams played with today. This is what I love. I love these type of games, good games like this. I feel like we put on a show for both fans and I feel good."

"I feel like any points is never satisfaction," Parsons added. "We want a shut out. So, even them being in position to get points was upsetting to the defense because we believe that no one should even score on us and that's the type of effort that we want to play with and the type of demeanor that we're going to play with."

Whenever you can keep a team to 24 yards rushing, you've got a chance to be successful," coach James Franklin said. "24 yards we held them to, which is significant."

"It's the most physical game we've played so far," senior linebacker Cam Brown said. "I feel like Buffalo's a close second, but they came out ready to play. That's all you can say. It was literally every snap. The guys are feeling it. Guys in the locker room, there's guys dancing around, but some guys are feeling it. We know. We're banged up a little bit, but we're going to get right. We're going to get ready for the next one."

Penn State enters the bye week at 3-0. The Nittany Lions will take on Maryland in two Fridays.