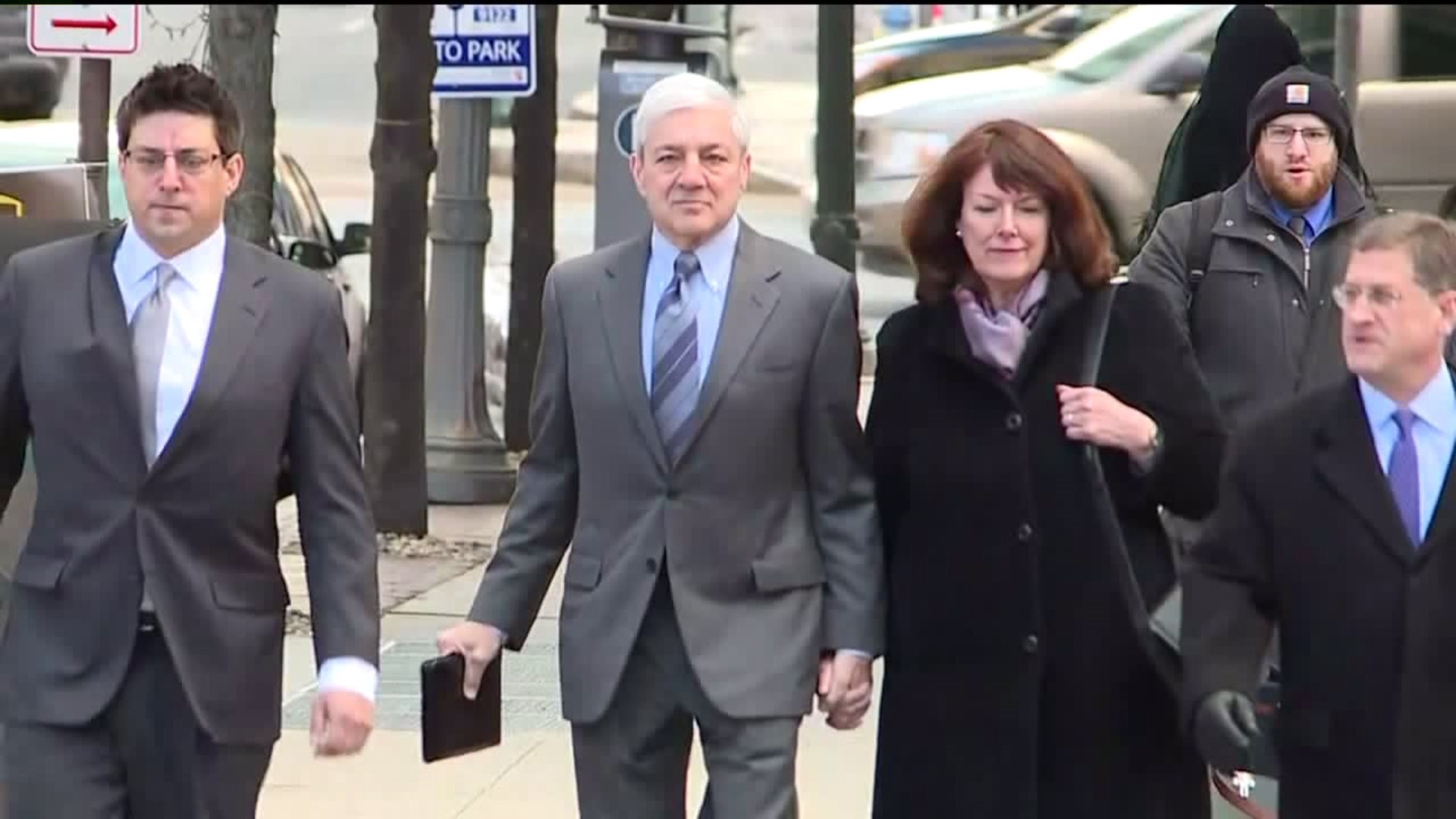 STATE COLLEGE, Pa. -- The former president of Penn State University remains a free man for now. Graham Spanier was supposed to begin serving a jail term on Wednesday for his role in the Jerry Sandusky scandal, but late Tuesday night he was granted an 11th-hour reprieve. A federal judge in Scranton threw out his conviction.

Some students we spoke to in State College believe Spanier should be behind bars.

"If you see that kind of abuse going on, you should report it. If you didn't report it, you should go to jail," senior Paul Wardach said.

Spanier was president at Penn State for 16 years, up until he was forced out in 2011 days after Sandusky was arrested.

"It's a bad cloud that's hanging over everybody, and it kind of sucks to have the university be associated with that, despite that being so many years in the past," Wardach said.

Many students we spoke with were in middle school when the sex abuse scandal first broke. Students said they feel the university has since implemented changes to make sure a scandal like this doesn't happen again.

"Definitely a lot safer. I 100% feel safe here. I would not have it any other way. I think they're doing an awesome job really taking charge, and if they hear something, following through on it," senior Jessica Yaeger said.

"We've kind of moved past it. It should maybe still be a talking point for students, something we can learn from," junior Matthew Dawson said.

"It's definitely a conversation that should still be had on campus as to whether or not we need to worry about it as students right now. I don't think we do, but I think it's still something we should pay attention to," junior Donovan Keen said.

The state attorney general's office said it will appeal the judge's ruling.

As the @SupremeCtofPA has made crystal clear, Spanier’s conduct was illegal.

My Office will quickly appeal this ruling to hold him accountable for his conduct of covering up child sexual abuse. No one is above the law.