UNIVERSITY PARK — Cell phone video shows that as the National Anthem played before the start of the Penn State’s women’s volleyball game, an o... 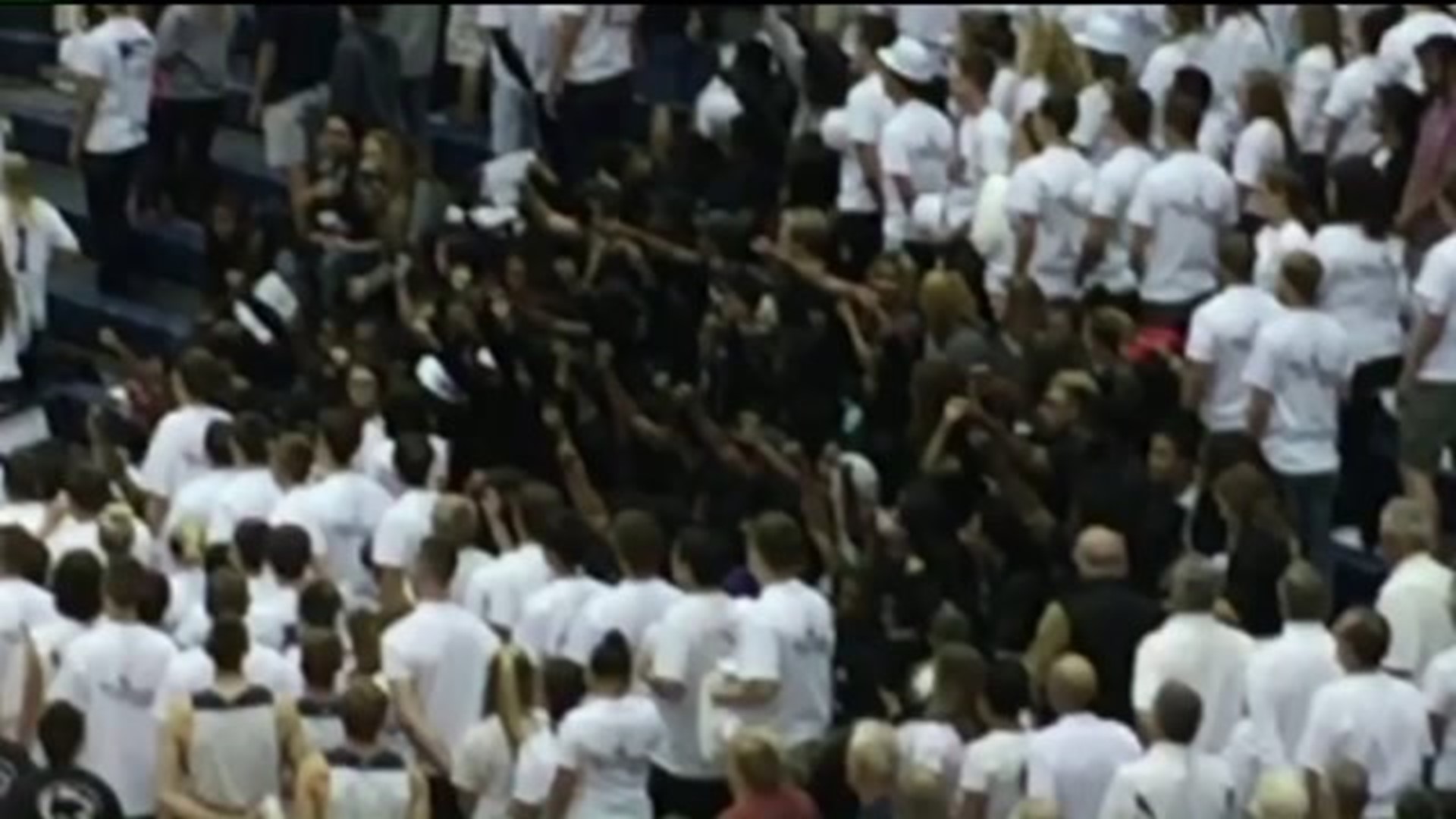 UNIVERSITY PARK -- Cell phone video shows that as the National Anthem played before the start of the Penn State's women's volleyball game, an organized group of students dressed in black shirts remained seated with their fists pointed forward.

“There's things happening that needs to have attention brought to them and I feel like a lot of times when we're here at State College and Penn State, those things are not always received,” said senior Shanta Mills, who is a member of the university’s chapter of the NAACP.

Penn State's chapter of the NAACP staged the sit-in during the Star Spangled Banner, joining a movement that is sweeping the nation to protest alleged police brutality and racial discrimination on the heels of unarmed black men being shot by police officers.

Marlon Moses is the secretary of the university's NAACP chapter.

“That could be me, my brother, my friend, my father, my uncle, cousin,” said Moses. “Any one of us.”

These students are joining national prominent figures, including San Fransico 49ers quarterback Colin Kaepernick, who have taken a knee during the anthem to protest racial injustice.

“We hope it gets bigger and more people join in with us and understand our point of view that we're here to send a message but in a peaceful way,” said Moses.

“Just because it's not happening here doesn't mean that any of us are immune to police brutality, discrimination, or anything that is happening, so I think this was a good way to do this, especially at a Penn State athletic event,” said Mills.

Members of the Penn State chapter of the NAACP say they will consider holding other sit-ins at future events.