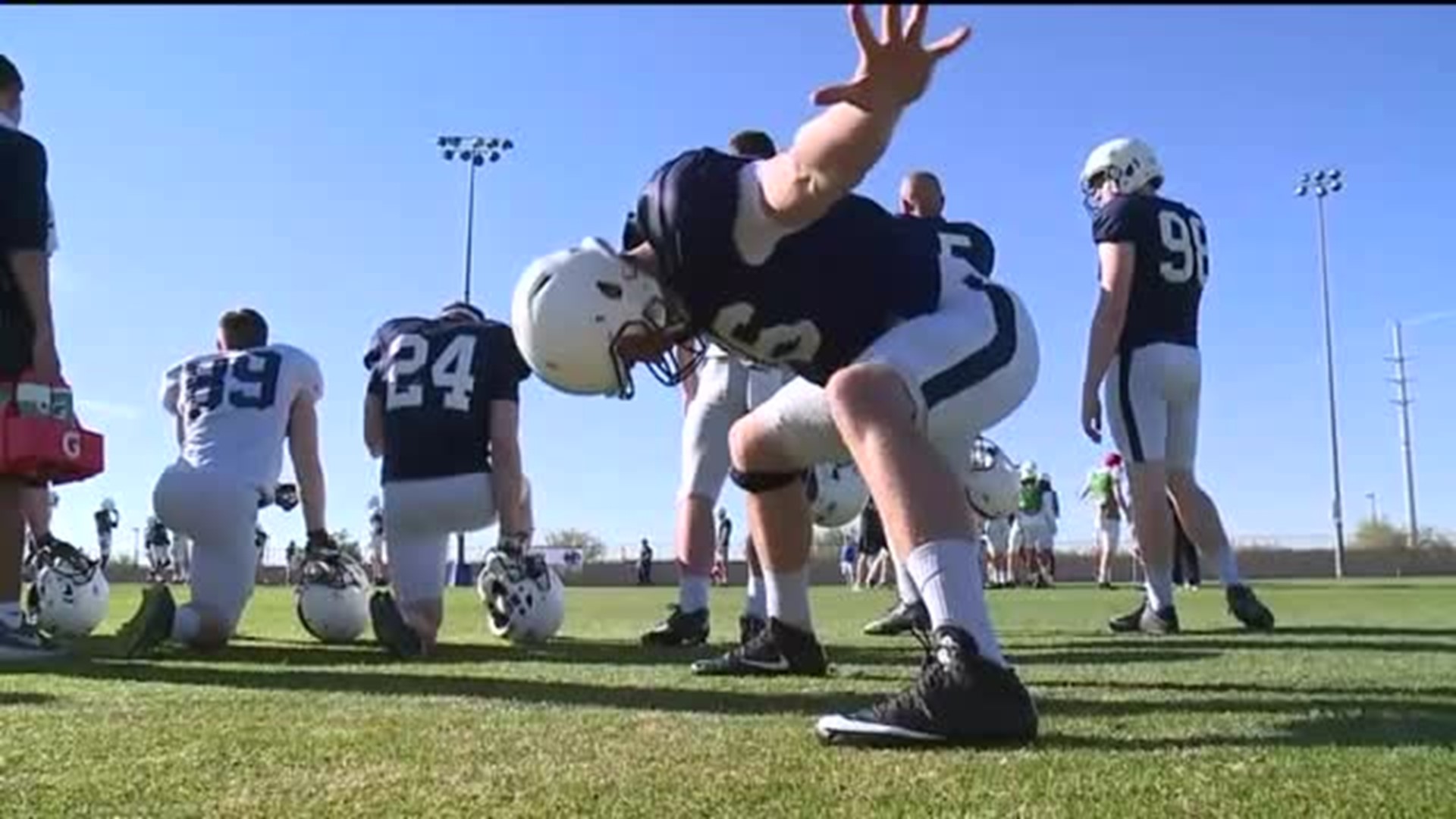 Franklin asks how many players are working jobs and when Kyle Vasey, a fifth-year senior long snapper for the team raises his hand.

Franklin asks him where and Vasey tells him Bar Bleu, a sports bar in downtown State College.

“So how many hours a week you doing?” Franklin asks.

That's right, a full scholarship for Vasey and the team goes wild.

“Honestly, it's a blur,” Vasey said, recalling the moment. “I remembered so many emotions. I was smiling. I was laughing. I was crying. I was trying to get air because I couldn't do both at the same time.”

Vasey, who is from Wayne County, graduated from Wallenpaupack Area High School in 2014 where he also played football.

Vasey didn't even know there was a scholarship available and was floored to be chosen.

“From what I've been told and what I've been told is honestly it's all been through the work that I've put in over the last four years,” said Vasey. “It's not been a single event. It's not been just being a good student or being a good athlete, it's just been the amount of work and determination that I've put in every single day, and it really made me feel good to hear that.”

Newswatch 16 Sports showcased Vasey's skill on the field in January. He made the team as a walk-on and worked his way to becoming the go-to long snapper for the Nittany Lions.

Of course now with this scholarship, it's not clear how much longer Kyle will be working at Bar Bleu.

“I don't want to leave anybody out to dry,” said Vasey. “So what I said is I'm going to take the next couple weeks off and really enjoy my time and for busy weekends up here like Arts Fest, I said I'll come back, help out, train the younger guys who haven't really experienced anything like that yet.”

“He's awesome. He is one of the most laid-back guys, but he always has a smile on his face, always welcoming customers, just a good guy to have around,” said Bradley.