In front of the largest and maybe the loudest crowd in Beaver Stadium history, Penn State put an old fashioned butt-whipping on the Wolverines: four touchdowns ... 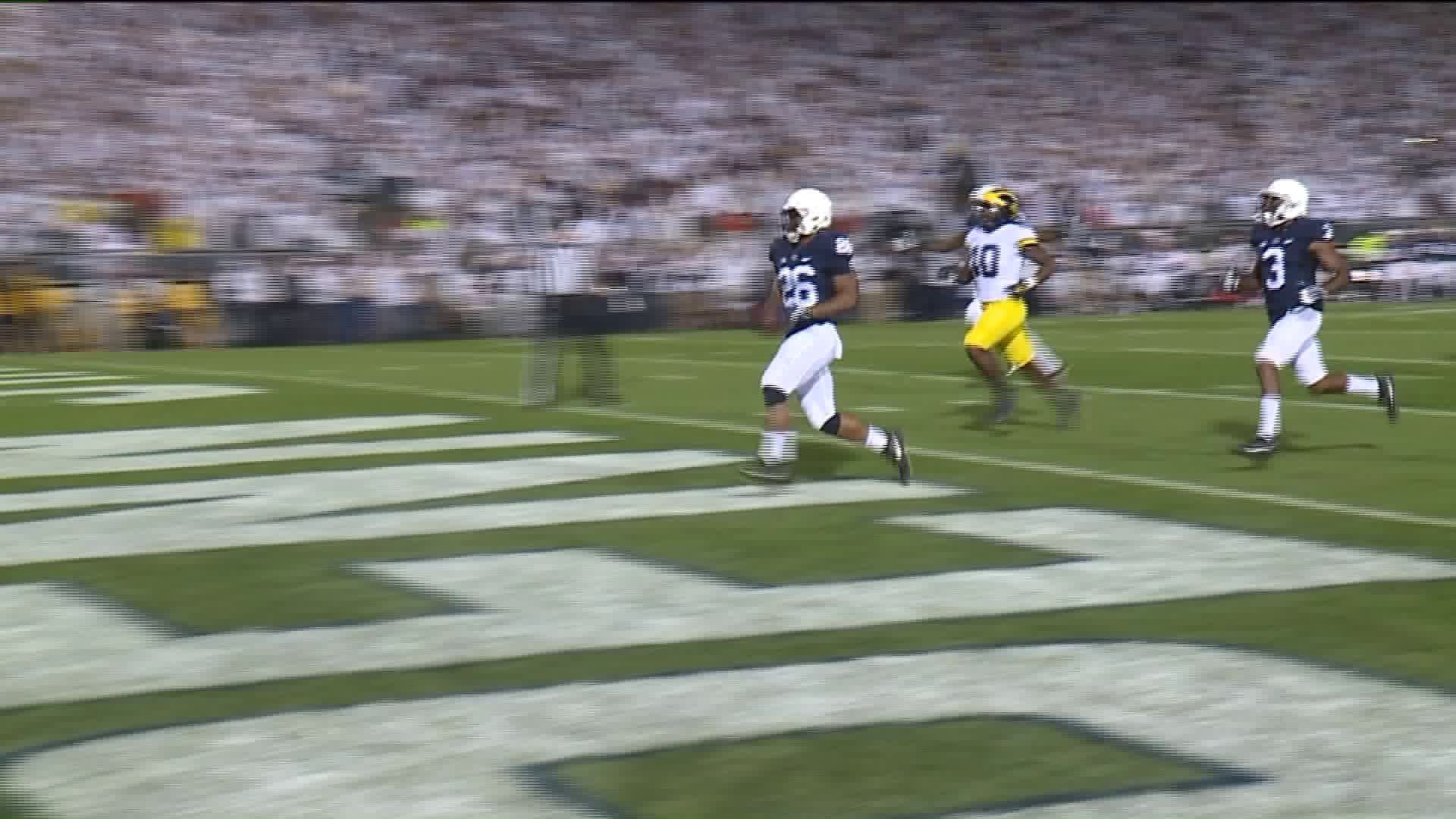 In front of the largest and maybe the loudest crowd in Beaver Stadium history, Penn State put an old fashioned butt-whipping on the Wolverines: four touchdowns for Trace McSorley, three more for Saquon Barkley and it's their 12th straight win against a Big Ten opponent.

"It was something that we worked on this week something that we tried to put in that we thought was going to work this week and I was able to get out into the open field with a block," Barkley said, referring to taking the direct snap during a handful of plays, including an early 69 yard touchdown. "The O-line did a great job today not only for myself, but for the running quarterback for Trace and Miles when miles got in, Andre and those guys. It starts up front and those guys owned it today."

"He kind of kept coming up to the sideline, 'Hey they're in a man. I can beat the guy in front of me. Trust me. Give me a chance and I'll go make the play for you' and that's what I did," McSorley said, referring to wide receiver DaeSean Hamilton. "DaeSean, he's a man of his word he did that all night. So he's an extremely confident guy, worked a lot in the offseason, different kinds of routes, running them in different ways against different coverages and so, I mean, it was great to see kind of DaeSean again just all the hard work he's put in over the years come to fruition again."

"Everybody said we haven't been playing nobody this year. So I mean, obviously we played somebody today and I think that's really the main thing," Hamilton said. "But we didn't go out there to try to prove to anybody anything. We just know that whoever's coming in to beaver stadium, whoever we got to line up against on a Saturday, we got to come out there and we got to make sure we do everything we can to get a win."

So McSorley and Barkley did their part. The next stop against the Ohio State Buckeyes next week.