Penn State Annihilates Maryland: ‘One of the More Complete Wins in my Six Years’

COLLEGE PARK, Md. — There’s no other way to put it. With a 59-0 win over Maryland, Penn State put forward one of its most dominant wins against a bi... 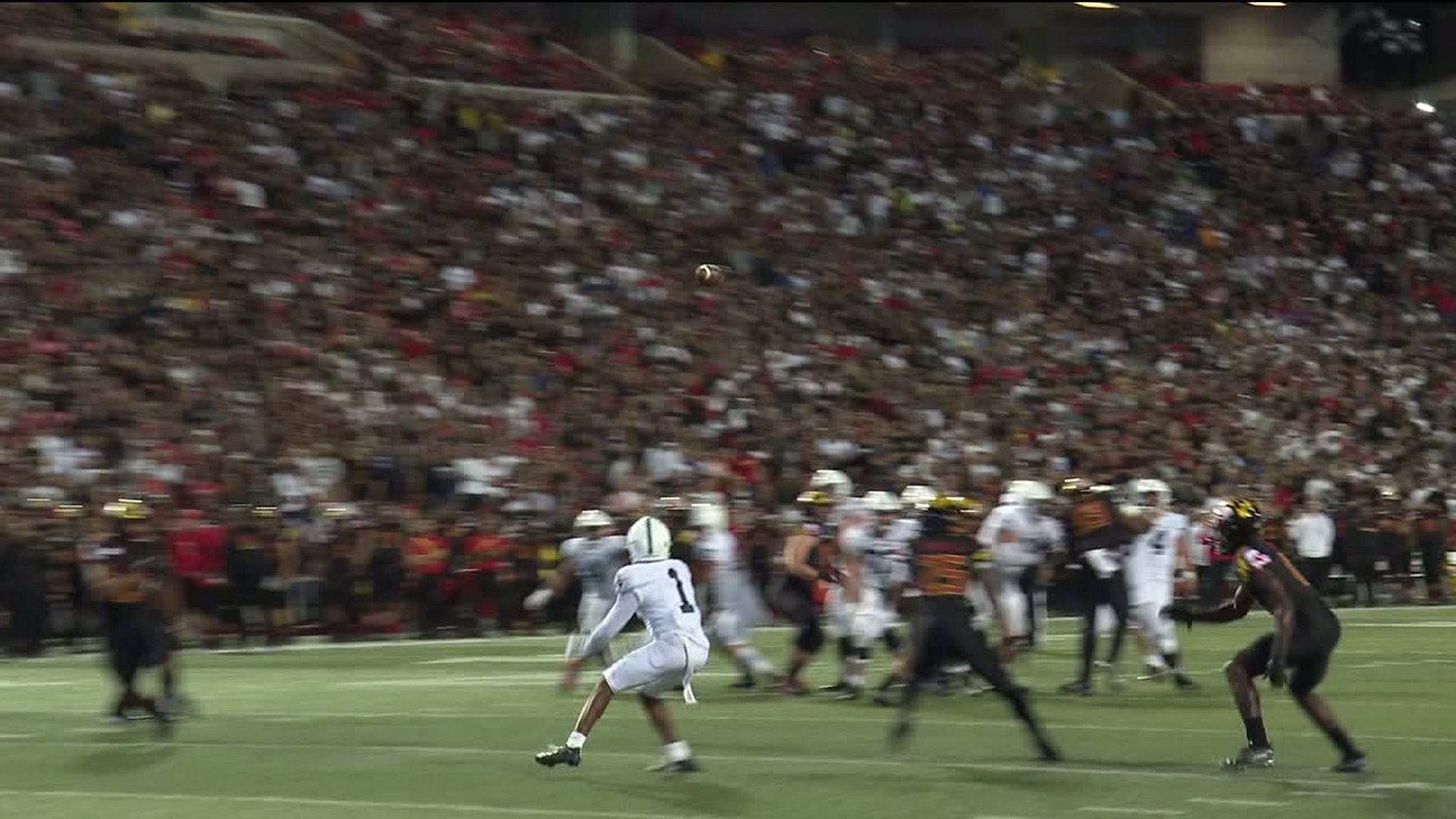 COLLEGE PARK, Md. -- There's no other way to put it. With a 59-0 win over Maryland, Penn State put forward one of its most dominant wins against a big ten opponent in recent memory.
Jan Johnson's interception on the first drive of the game put the wheels in motion and from there, the offense put on a show scoring on 6 of 7 drives in the first half. By halftime, Penn State's statement was made. This one was all but over.
"I thought it was one of the more complete games that we've played in our six years," coach James Franklin said. Really in all three phases. Played at a high level defensively. That team has been putting up a bunch of points against a bunch of different people. Challenging schemes, challenging personnel and our defensive played lights out."
"Coming into Maryland in a stadium that's uncharted territory for some, it was a great experience and it's a great feeling knowing we came in here, did what we had to do and put a zero on the scoreboard,"  sophomore linebacker, Jesse Luketa said of Penn State's shutout.
"If you know me, you know I'm a big film junkie," quarterback Sean Clifford said after he threw for three touchdowns and nearly 400 yards. "I was in the film room most of my time. Probably more than a game week being honest, just breaking down every little thing I could. My incompletions, when I threw to my left, when I threw to my right. Scrambling, third down was a big emphasis.
"I think Sean did really good. I think this was his first fully good game just being relaxed, more confident," wide receiver KJ Hamler said after he scored an electrifying 58-yard touchdown. "He gains more confidence every game we have. He's been doing a really good job."
" I think we came into this really confident based on our preparation," Franklin added. "That's what I talked to them about all week long. You talk about confidence, what is the key ingredient in confidence? It's preparation . You want to do well on an exam, you study hard and the exam takes care of itself. It's the same way with football and life. "