Freshmen Concerned About Crime in Wilkes-Barre

WILKES-BARRE – While many students starting their freshman year at Wilkes University said they are worried about the stress of new roommates and finding classro... 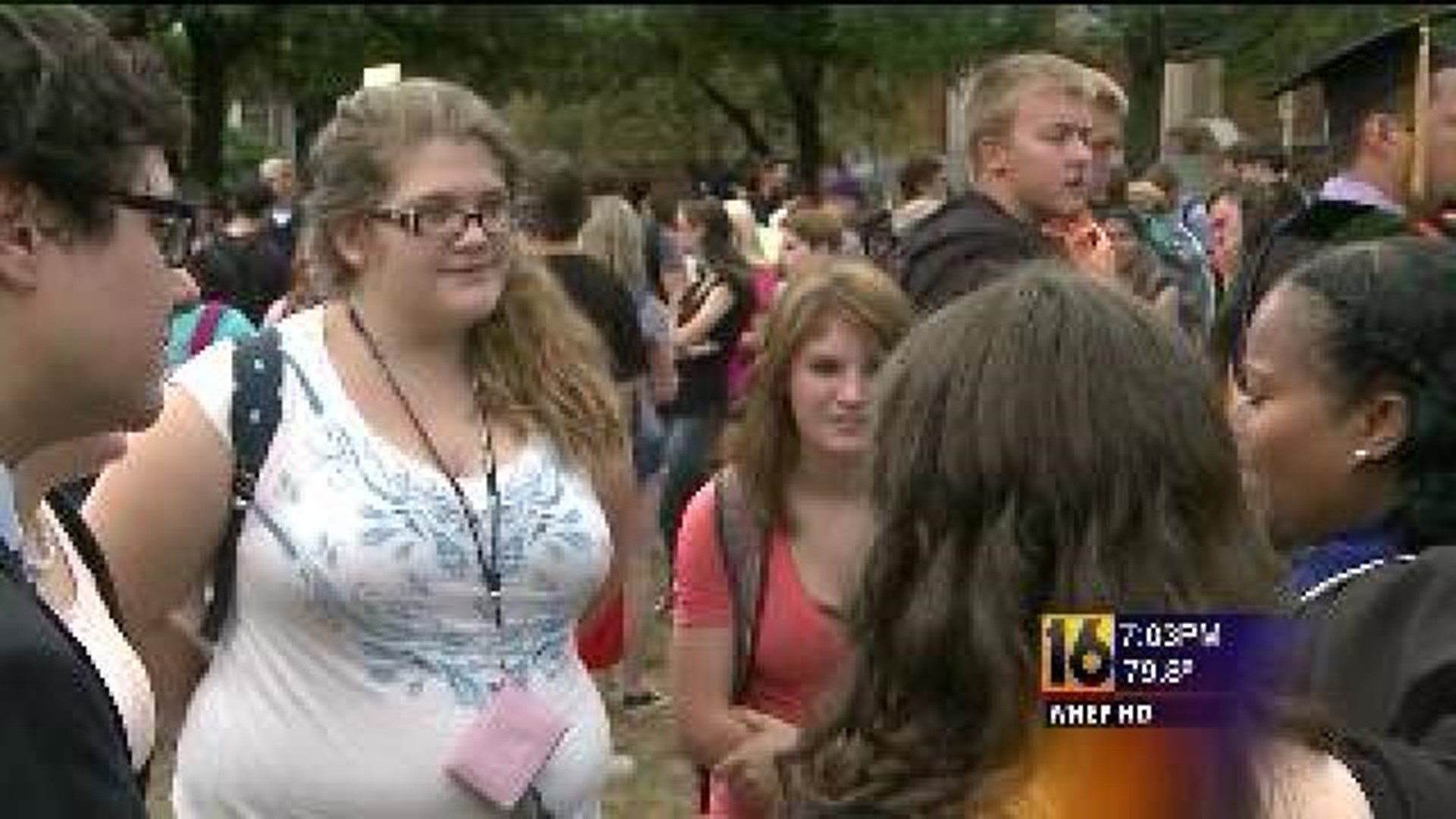 WILKES-BARRE – While many students starting their freshman year at Wilkes University said they are worried about the stress of new roommates and finding classrooms, others said they’re cautious about crime, following a violent summer.

Administrators and professors at Wilkes University welcomed around 600 freshman at the fall convocation Tuesday morning, inside the Marts Sports and Conference Center on South Franklin Street.

Jim McNally said his family in Scranton talked about the shootings and violent cell phone thefts reported in Wilkes-Barre, before he packed up and moved.

“I pretty much fell in love with it as soon as I got down here,” said McNally. “Me and my friend commute. We’re like three blocks off campus. We have to make a little walk here and sometimes it gets a little sketchy.”

“If we don’t feel safe we can just call Public Safety and they’ll offer an escort or a safe ride,” said Mikolon. “I haven’t really been put in that situation yet, but if I do, I’ll call public safety.”

Wilkes University President Patrick Leahy said the university works with the city to keep a close eye on the campus, and he noted that most of the reported violent crimes happened in the heights section of the city.

“I think, throughout, the city of Wilkes-Barre, is extremely safe,” said Leahy. “There have been incidents from time to time of course. That comes with an urban environment which we are in.”

Despite concerns about crime, Julie Ortiz said she picked a college in Wilkes-Barre to escape problems with crime at her hometown near Allentown.

“I chose Wilkes because I wanted to get out of the environment I was in and I feel like Wilkes is the best option for me,” said Ortiz.