Fans, students, businesses in State College happy to hear Beaver Stadium will be back to full capacity

Penn State announced Tuesday afternoon Beaver Stadium will be back to full capacity for this year's fall football season, much to the delight of local businesses. 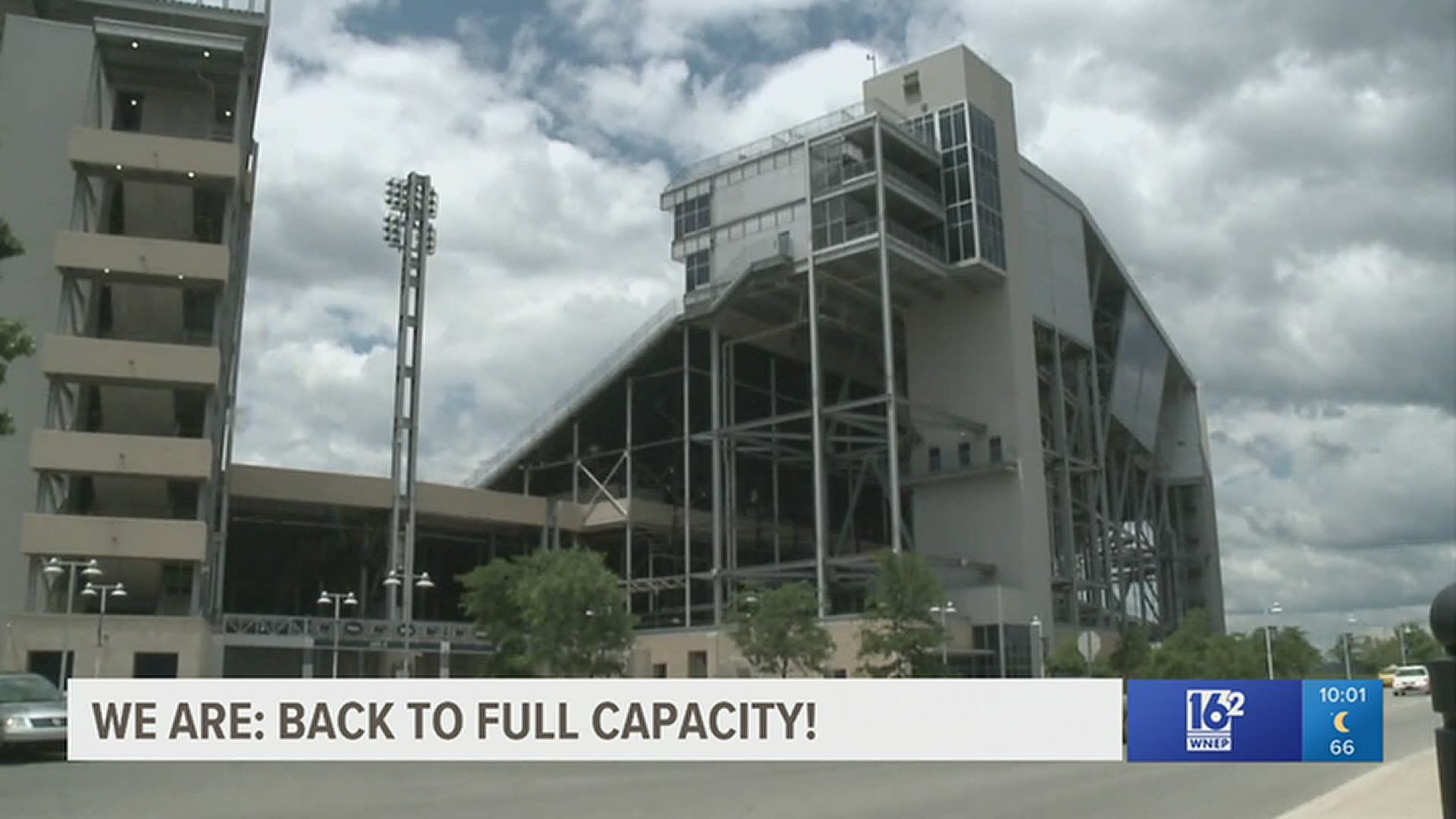 STATE COLLEGE, Pa. — When football season starts later this year, Beaver Stadium will be filled with thousands of fans cheering: “We are Penn State.”

The university said the stadium will be going back to full capacity, meaning more than 100,000 people.

The school is also going to allow pre-game festivities, including tailgating.

Penn State students grabbing drinks at Café 210 West on West College Avenue in State College say they are thrilled to have Penn State football back.

"I'm excited to see football back, and tailgates are fun. I missed that last year a lot,” said Josh Reynolds, graduate student.

He said his business was down by 50% during the pandemic.

Having fans at Penn State football games will be an appreciated boost.

“We're very happy. It will be great to see all the kids that didn't get a chance to go to the football games,” said Mangan. “Then, to have all the great alumni back in town, we couldn't be happier.”

They say they'll definitely be going to the games, especially since they missed the season their senior year.

“My senior year, I'm like, I'm going to go to the games again, I'm ready, and then COVID hit,” said Campbell.

"I've been going to Penn State football games since I was two, been watching them as long as I can remember. My dad has season tickets,” said Swab.

Some students did say they hoped that every precaution is taken so that we don't see another spike in COVID cases.

The school says it will try to reduce physical contact at the stadium, including switching to mobile ticketing.

Unvaccinated people will have to wear a mask while on campus.