After the public viewing for Joe Paterno it was time for family and close friends to pay their final respects. A private funeral for the legendary football coac... 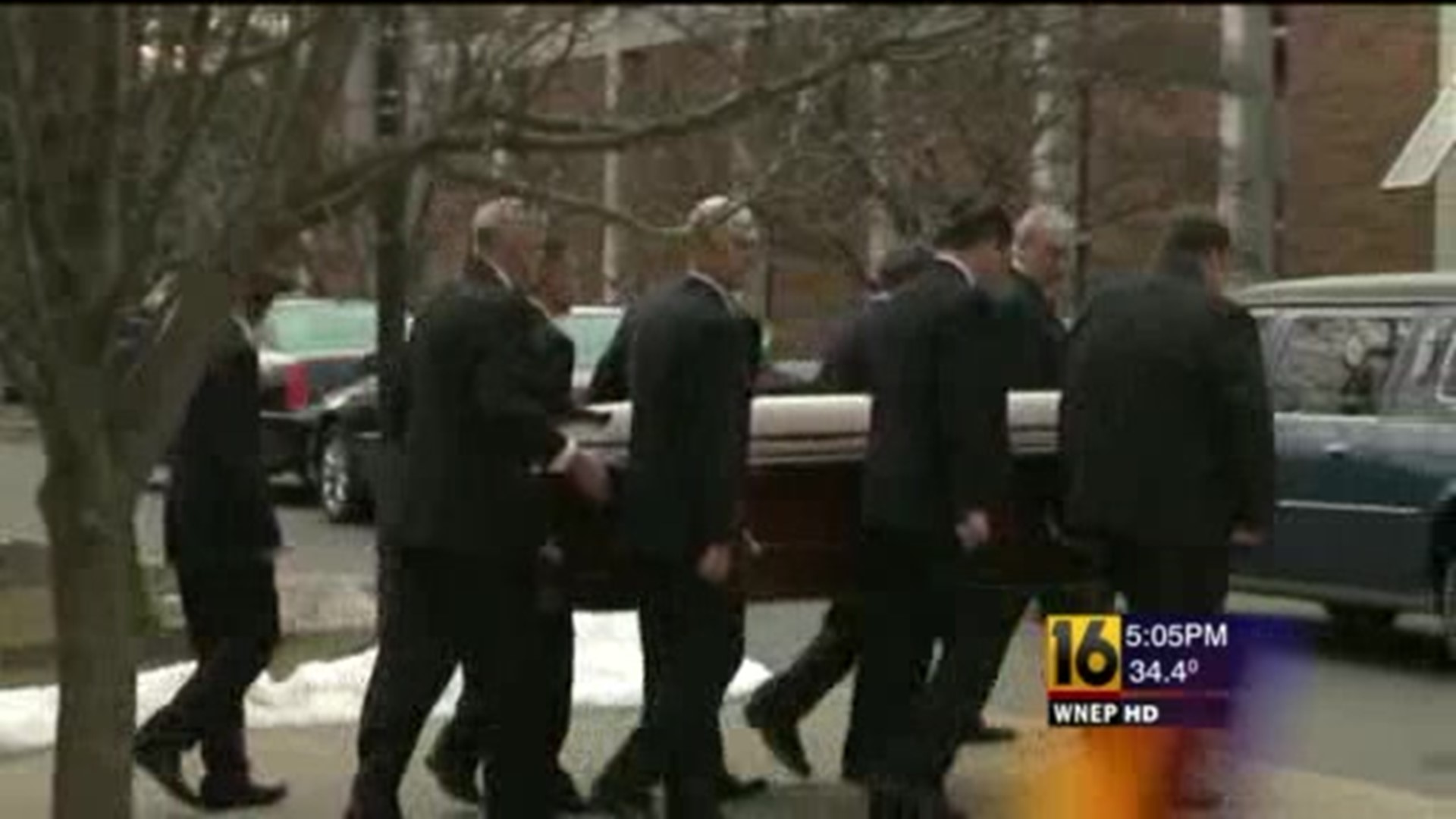 After the public viewing for Joe Paterno it was time for family and close friends to pay their final respects.

A private funeral for the legendary football coach was held at 2 p.m. Wednesday at the Pasquerilla Spiritual Center on Penn State's main campus.

With tears in their eyes and somber looks on their faces, family and close friends of Joe Paterno said their final goodbyes at a private funeral. Three buses filled with family members, friends and Penn State football players arrived at the Pasquerilla Spiritual Center.

Dave Kranich drove from Washington D.C. to attend the viewing earlier in the day. He stayed as a show of support for the Paterno family.

Many other people lined the street to watch as Paterno's family and friends arrived.

"I see the family members coming through and you can see it in their faces. It's horrible," said Penn State student Vanessa Linkchorst.

"Fifth generation Penn Stater. It's been a family name, Joe Paterno. It's heart wrenching for me and I can't imagine the family," said student Eliza Ely.

Some of Paterno's former football players came to say their last goodbyes. Franco Harris, Todd Blackledge and Kijana Carter are well-known names, but no one bothered them on this day out of respect for JoePa.

"I didn't know him personally, I never got the chance to meet Joe Paterno, but I just think of the impact he's had," said student Emily Fustos.

After the funeral, Paterno's casket was brought out with his family by his side. He took one last trip through the Penn State campus and the community he loved so much.