Excitement Around The Eagles Baseball Team This Season At Blue Mountain

Five seniors dot Tom Kramer’s Blue Mountain lineup. The Eagles the 5A champions in District 11 last season bring back quite an array of talent. Shortstop ... 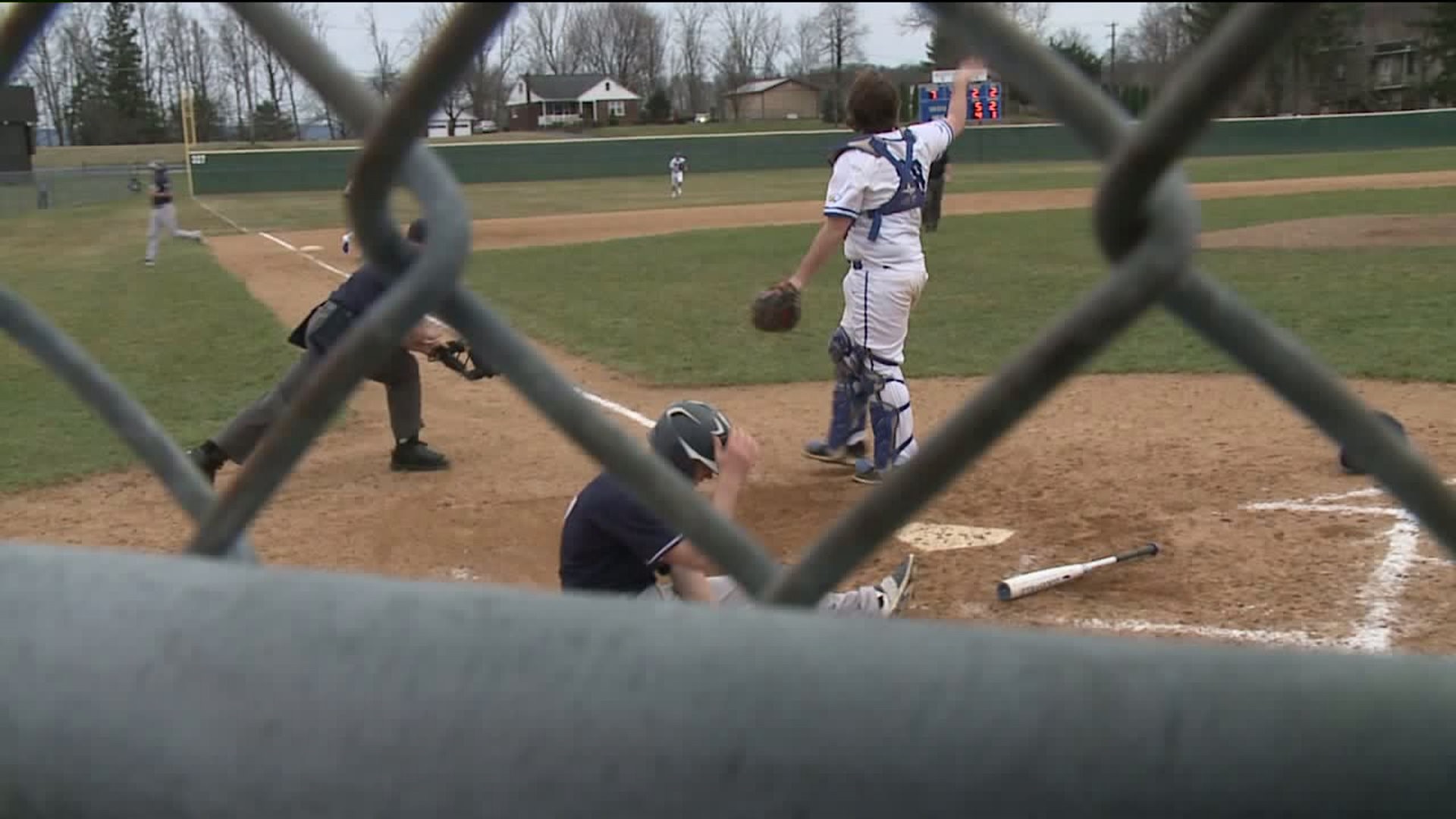 Five seniors dot Tom Kramer's Blue Mountain lineup. The Eagles the 5A champions in District 11 last season bring back quite an array of talent. Shortstop Drew Grace committed to Kentucky. Kaleb Sophy to Kutztown. Billy Gerlott the Penn State Nittany Lions and he's only a junior and 6-4 Nate Nabholz to East Carolina.

"Talk about your commitment to Penn State? You know my hometown team. I grew up a Penn State fan my entire life, and just to be able to represent Pennsylvania, my family and We are. We are baby!" said Billy.

There are some connections to Major League Baseball here at Blue Mountain with senior Nate Nabholz who's going to East Carolina. His uncle Chris pitched in the big leagues for six years and his cousin Eli currently at Millersville should get a shot in the upcoming MLB draft in June.

"Growing up as a kid I always looked up to my uncle and then seeing my cousin go through it who's probably going to get drafted this year and then seeing my other cousin in college right now is just a big motivator to follow in their footsteps and with what the family does," again said Nate.

"It's definitely a lot of fun coming in and practicing with the guys every day out there playing games and competing. It's going to be a fun season. It 's going be something fun to watch," said Drew Grace.