BELLEFONTE — Closing arguments got underway Wednesday in the preliminary hearing of Penn State fraternity members charged in connection with the death of ... 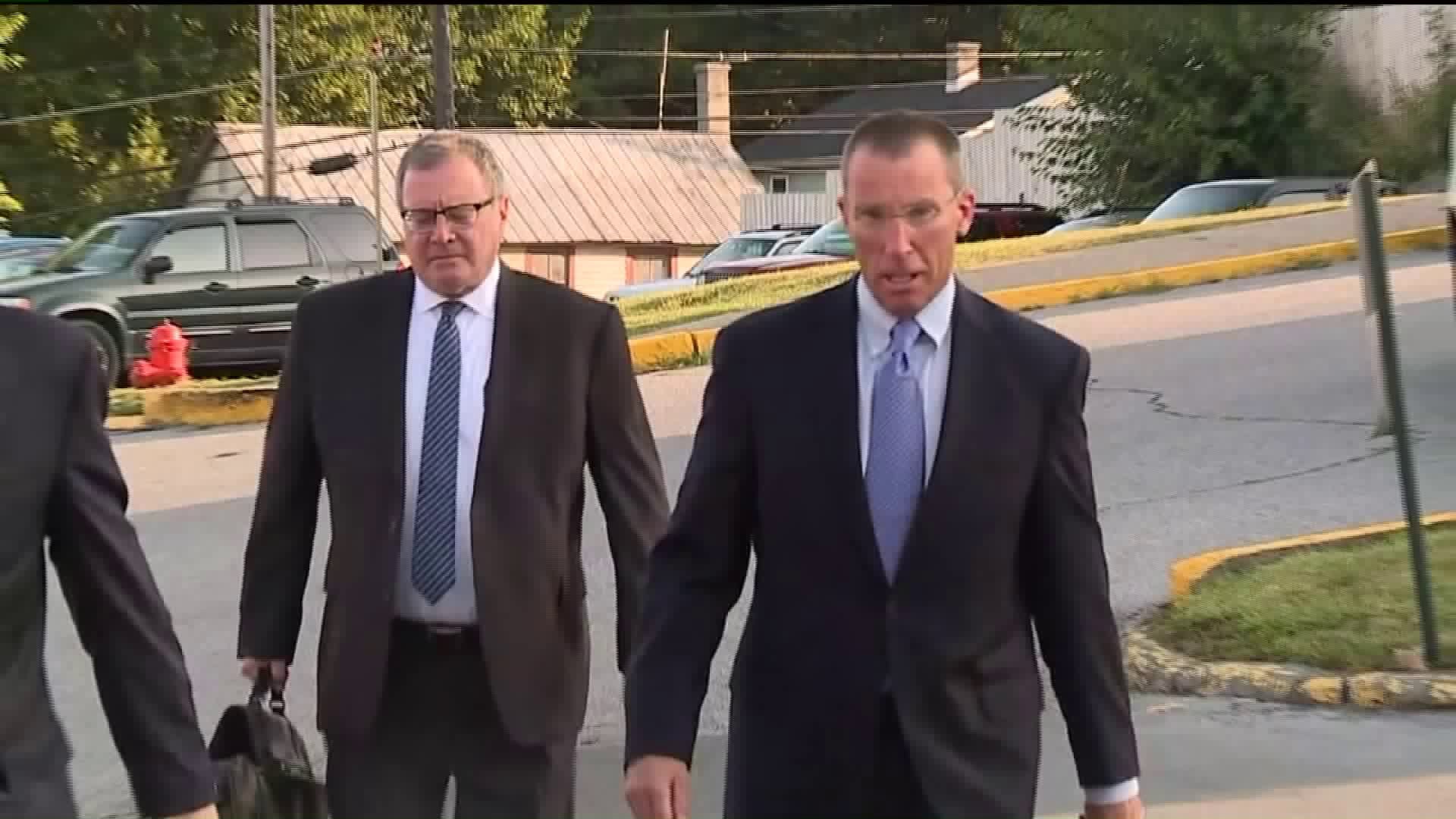 BELLEFONTE -- Closing arguments got underway Wednesday in the preliminary hearing of Penn State fraternity members charged in connection with the death of a pledge at a party in the fraternity house.

Defense teams questioned a PSU athletic trainer on his involvement the night of the party.

There are 16 Penn State fraternity brothers facing charges including involuntary manslaughter and tampering with evidence for their alleged involvement in the death of a pledge back in February.

This is day six of their preliminary hearing.

Bream was living at the Beta Theta Pi fraternity house the night Tim Piazza, 19, drank heavily and fell repeatedly during a pledge acceptance party at the house.

Bream testified that as the adviser to the fraternity, he wasn't the chaperone.

While he was in and out of at the house that night, he said he did not know there was alcohol at the party and never saw Tim Piazza.

"We certainly hope he reviews the cases person by person, not lumping them all together the way the Commonwealth would like them to do," said Engle.

Defense teams also tried to prove Bream advised the frat brothers to cover up evidence after the hazing.

The text messages in question were sent by Ed Gilmartin of Scranton.

According to Bream, the day Piazza was taken to the hospital he spoke with 30 or so of the fraternity brothers, saying only that they should not talk about Piazza on social media out of respect for the Piazza family.