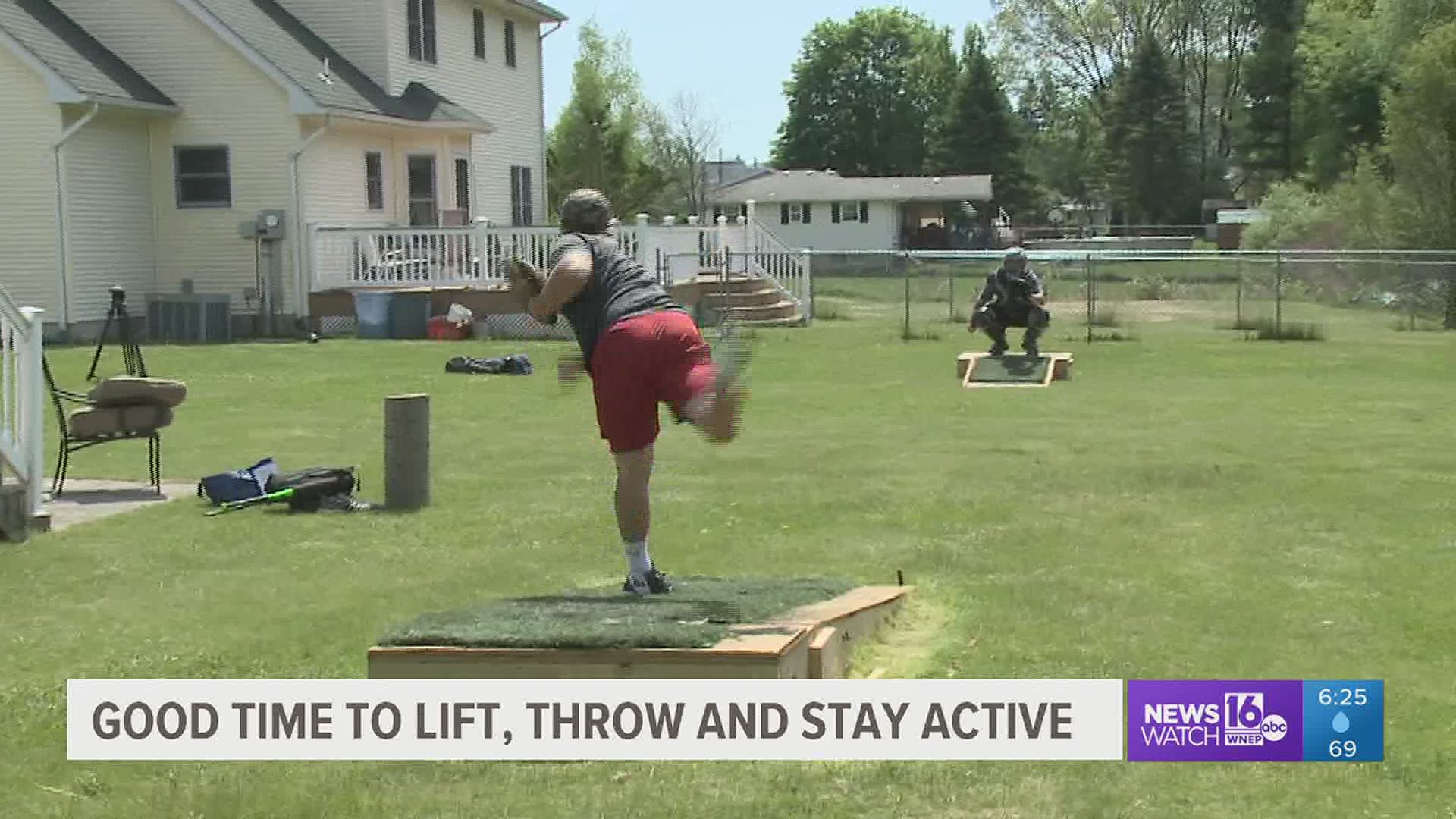 SCRANTON, Pa. — Cole Stetzar's bullpen now is his backyard in West Scranton. The St. Joseph's relief pitcher had his college baseball season cut short in March, so when he returned home and began throwing again he found fields we're closed and parks shutdown so his Dad Billy built a mound for Cole to throw on.

"We have all the time so he said I can build you one. So he came out here and I woke up the one day and he had it built. It's awesome, " said Cole.

Cole hopes to resume pitching in games soon. Options include a league here in Scranton, one in Iowa or another along the coast in North Carolina. That decision comes soon.

"How much are you in communication with your coaches? A lot. We like to zoom once a week with the whole team. So they do a good job of staying in communication with us. They will text us just to keep track on us and see what we are doing and give us some pointers. I will send them some video of my pitching and everything so we do a good job of staying in touch," again said Cole.

Since Cole returned from St. Joe's here home in Scranton he has been working with some of the local pitchers. Matthew Saita a sophomore from Scranton has had two sessions so far with Cole Stetzar

"Yeah it is great. He is bringing everything that he has learned from his coaches and he is relaying it to me so it's awesome," said Matthew.

"Just kind of come like this-when I push it as soon as you feel me push it just sit down," added Cole.

From ages 8 to 18 I am happy to help anyone. It's always nice to see that someone is willing to work as hard as I am at  the game. A lot of kids are just sitting at home and not doing anything right now. This is a perfect opportunity to get yourself better even if you cannot lift weights and your not as lucky as I am to have weight in the garage but you can do push-ups, sit-ups and run. There is so much that you can do to get better. It's just nice to see some kids out there willing to get better everyday no matter what and not making excuses," again said Cole.

RELATED: What many umpire crews are doing to stay sharp and ready when play resumes!

RELATED: NCAA allowing Division I schools to spend below minimum on scholarships

For now the St. Joe's Hawk lifts and throws to stay ready. The NCAA granted Cole his junior season back after only playing in 15 games. Being ready for a return to the Atlantic 10 and that tough non-conference schedule is Cole's #1 priority.