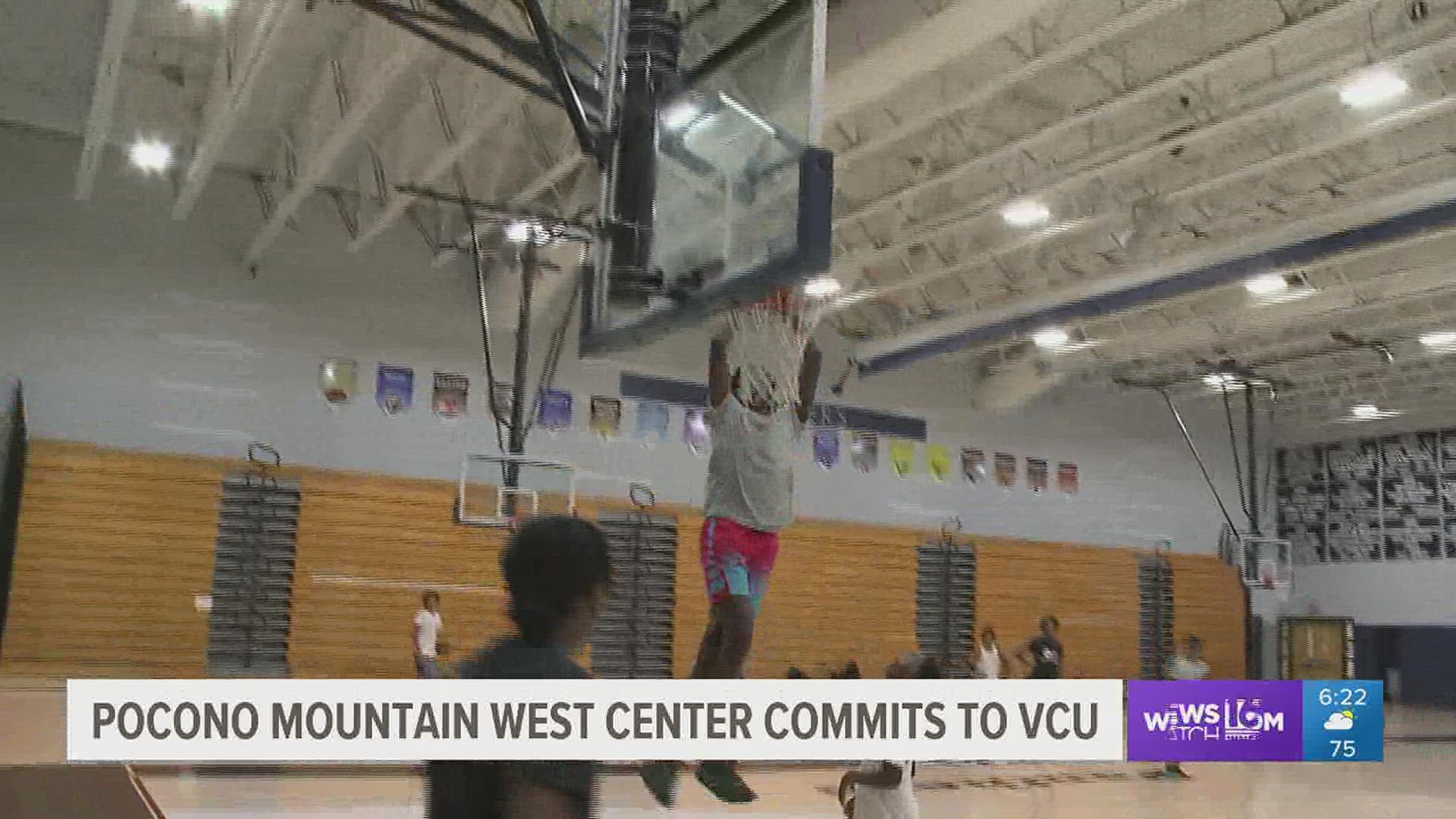 The Pocono Mountain West senior narrowed the list down to 5 schools before choosing VCU. Temple, Penn State, Saint Joseph's and Pittsburgh we're in the final five.

RELATED: 6'9" Junior Center Adding Up The Triple Doubles For Points, Rebounds and Blocks

Fermin has developed his skills since 8th grade, and made 2nd team All-State in 6A last year and ranked in the top 150 nationally by Rivals. His 10 blocked shots in the District 11 quarterfinals last season set the bar for his summer success recently at the Nike Peach Jam.

"For me personally going down to Georgia and playing in the Peach Jam I already felt that I proved that I am top 100 player in the country. I felt like a lot of people are starting to see that. I feel like that is the general opinion right now and I am just waiting for that to be a stamp when the rankings come out and we are going to see where I am really standing, " again said Christian.

The Panthers only played 11 games last season and lost two really good guards to graduation. So for Coach Williams these summer practices are important to get these kids ready to play with Christian.