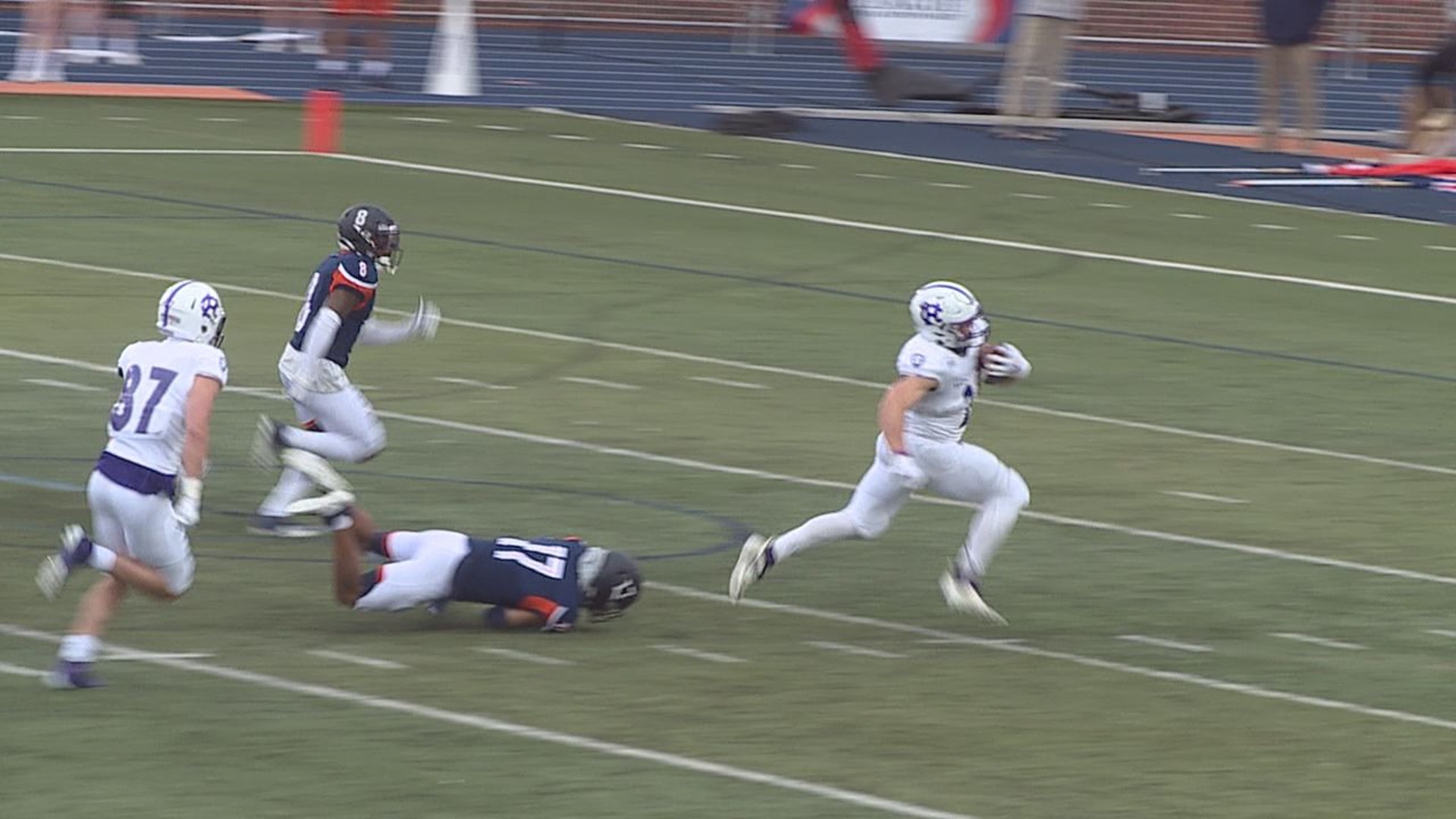 LEWISBURG, Pa. — Bucknell hosted the Patriot League championship game on Saturday, though it didn't go so well for the Bison. Logan Bitikofer threw five interceptions and the Bison lost to Holy Cross 33-10. While it was a successful spring campaign that the team can build on in this fall, the loss still stings for Bucknell Head Coach Dave Cecchini.

"I can't say it's gratifying right now because I feel awful," Cecchini said. "As a coach, I feel like I let our football team down, not making the right decisions or not putting together the right gameplan or not saying the right words pregame or whatever it is. It's just that that's the type of person I am. After a couple of weeks, I think I'll be able to stand back and take a look back on what this crazy year has been all about and I'll probably feel a lot better about it, but right now, it's hard to really take a silver lining from this game or just to be proud of our players. It's too close to losing a huge football game."