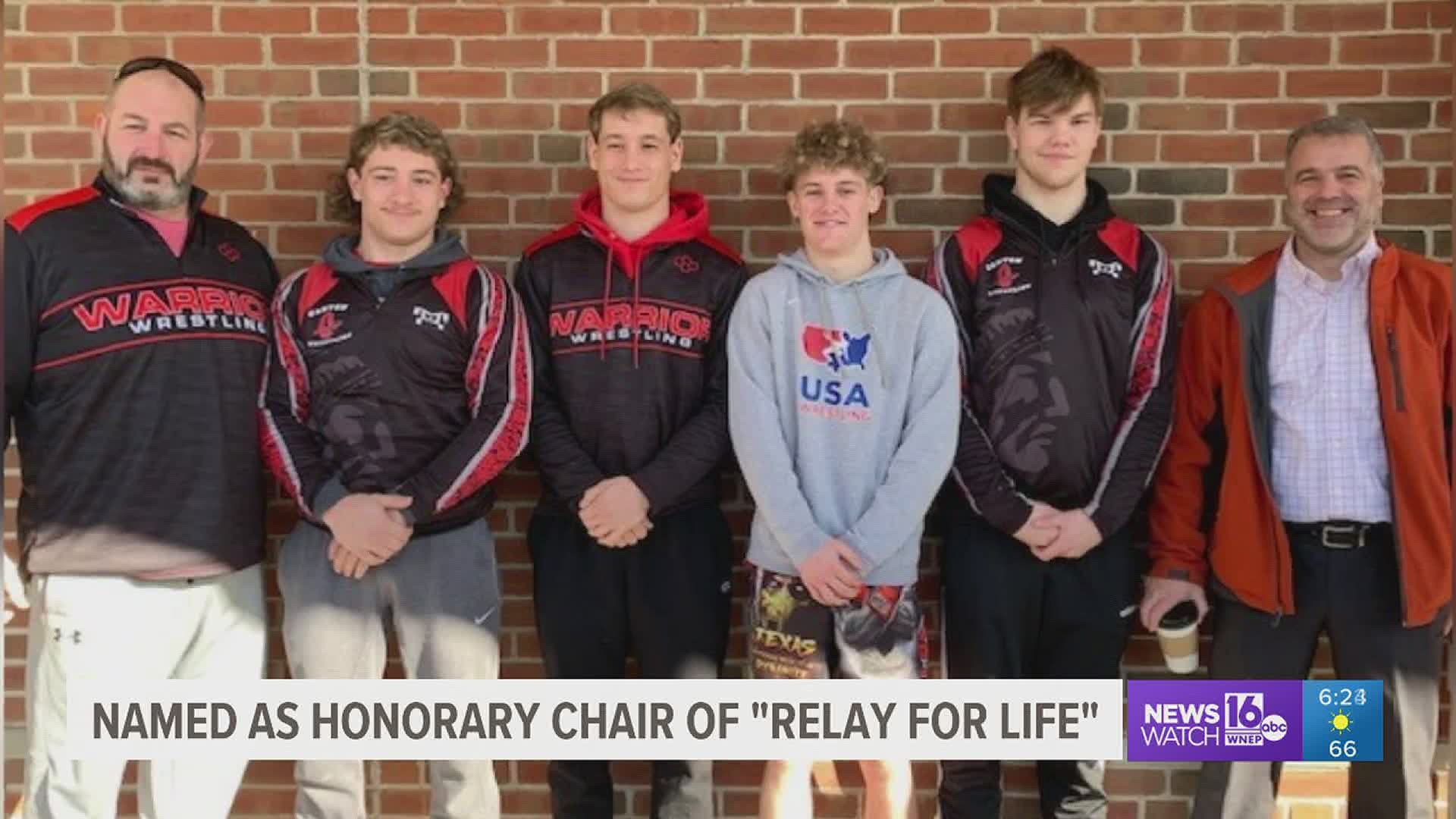 CANTON, Pa. — At the end of the 2018 football season here for the Canton Warriors Timmy Ward finished with 13 interceptions but he wasn't quite feeling right, and had a lump on the right side of his body. So along with his family he went to the doctor and soon there after he was diagnosed with cancer.

"In the summer I had a lump under my arm, and obviously I knew that wasn't supposed to be there, and it kind of got bigger and harder as it progressed," said Timmy.

It was January of 2019 Timmy starting his 4 cycles of chemotherapy to treat the Hodgkin's Lymphoma. Each treatment lasting 3 weeks at the Hershey Medical Center.

"The second week consisted of just one double dose of one of the medicines from the week before, but that was the worse chemo from how it beat up on your body," again said Timmy.

That January Todd Bartley presented Timmy with his trophy for making the Super 16 Dream Team.

"I can get through this and when I do I will do my best to get back to Hershey," added Timmy.

In June of 2019 Timmy's port removed and doctor's cleared him to resume exercise. He was cancer free.

"I'm very competitive so it is just fun to go out and play sports with your friends or go out in the woods and hang out," said Timmy.

That July-Gabe Dean a two-time NCAA champion from Cornell worked with Timmy on his wrestling at the Canton wresting camp.

"Just having somebody in the room that has tons of experience and has wrestled at the next level was awesome," again said Timmy.

in February of this year Courtney Harrison showed us Timmy's drive to give back to the less fortunate named to the Relay for Life of Bradford County as their honorary chairperson.

And in March making it to the PIAA wrestling championships in Hershey in the 170lb weight class and finishing in 6th place. The journey complete for Timmy and Coach Wesneski.

"It was just a cool atmosphere to wrestle in and then to be there in front of my family and friends and coaches and everybody that you have been grinding with all winter it was kind of an all around great feeling," said Timmy.

"What a great moment that it was in the medal rounds and the blood rounds where he had earned his medal.  It was just really special," said Lyle Wesneski.