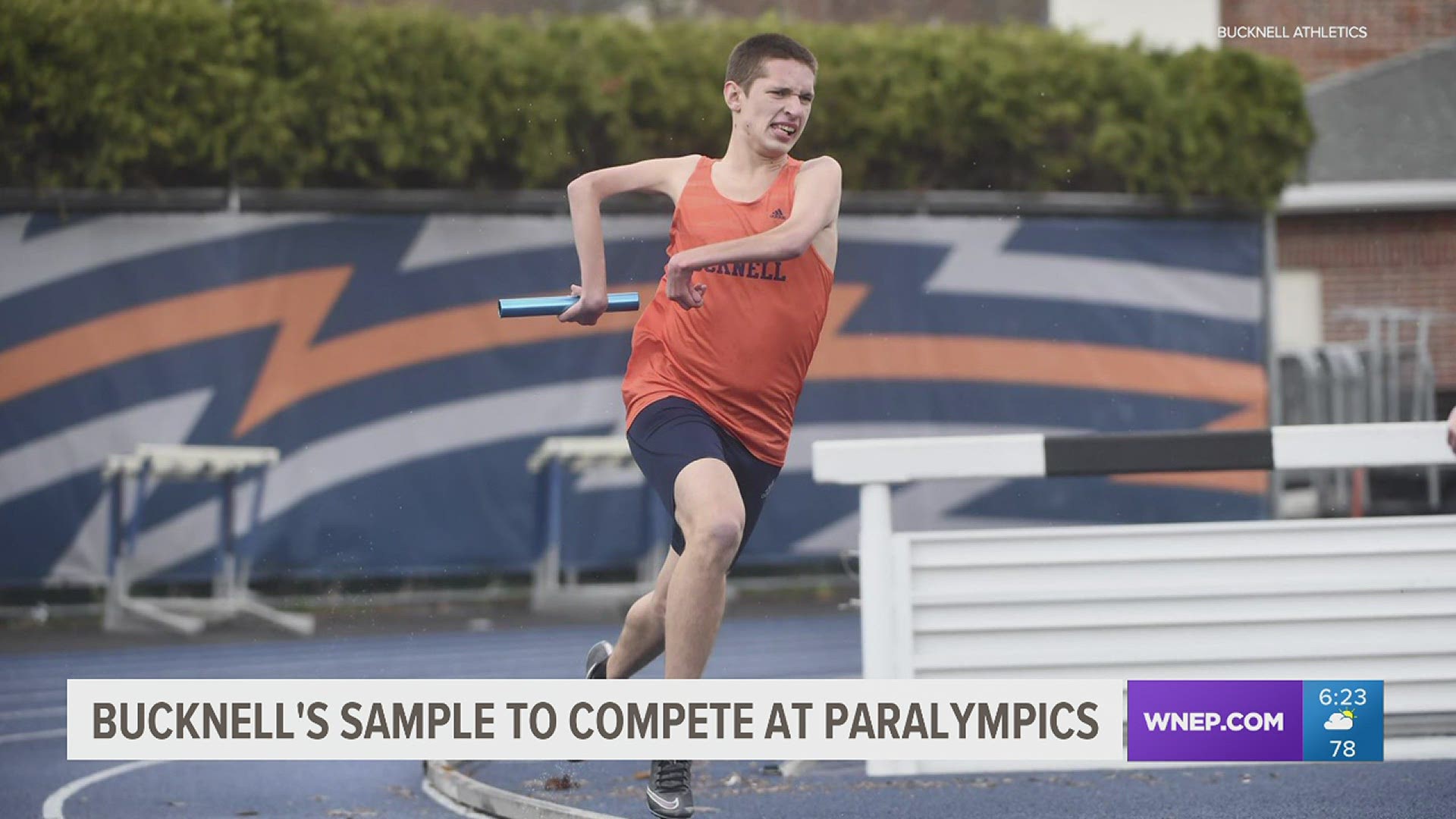 Rayven Sample was born with arthrogryposis. He has no range of motion in his upper arms, but his legs are taking him farther than he could have ever imagined.

Leaving his freshman season at Bucknell in the dust, Sample will now compete for Team USA in the Paralympics. He joined us via Zoom as he trains in California for the 400 meter dash under the T45 classification.

"It's so unthinkably amazing for me because certainly I've always competed against able-bodied athletes," Sample said. "Now, we're all disabled athletes and it and it's certainly a difference perspective and it's certainly a great community that I'm finding myself to really love and having that ability to showcase that I might have this disability, but I can still be a high level competing athlete."

Sample has been proving that his whole life. The New York state-native was raised by his grandparents since he was a baby. He calls his grandmother 'mom.' After a battle with cancer, she died the same day Sample first stepped on campus at Bucknell. Now, he's fulfilling a promise he made in her memory.

"I've always had different reasons of why I've raced, but in this past year, there's always been the addition of mom," Sample explained. "I want to be able to do well for her memory and be able to kind of honor the promise that I made to her."

So what would she think now that Sample is on Team USA?

"She certainly would be trying to get on the plane for Tokyo whether they would let her or not," Sample joked.

Sample turns 19 on Saturday. He's already been through and accomplished so much – and he knows there's a lesson to his story.

Sample isn't the only Bison finishing that dream in Tokyo. Before incoming freshman Boati Motau suits up for Bucknell, she's playing for her home country of South Africa in women's Water Polo in the Olympics.