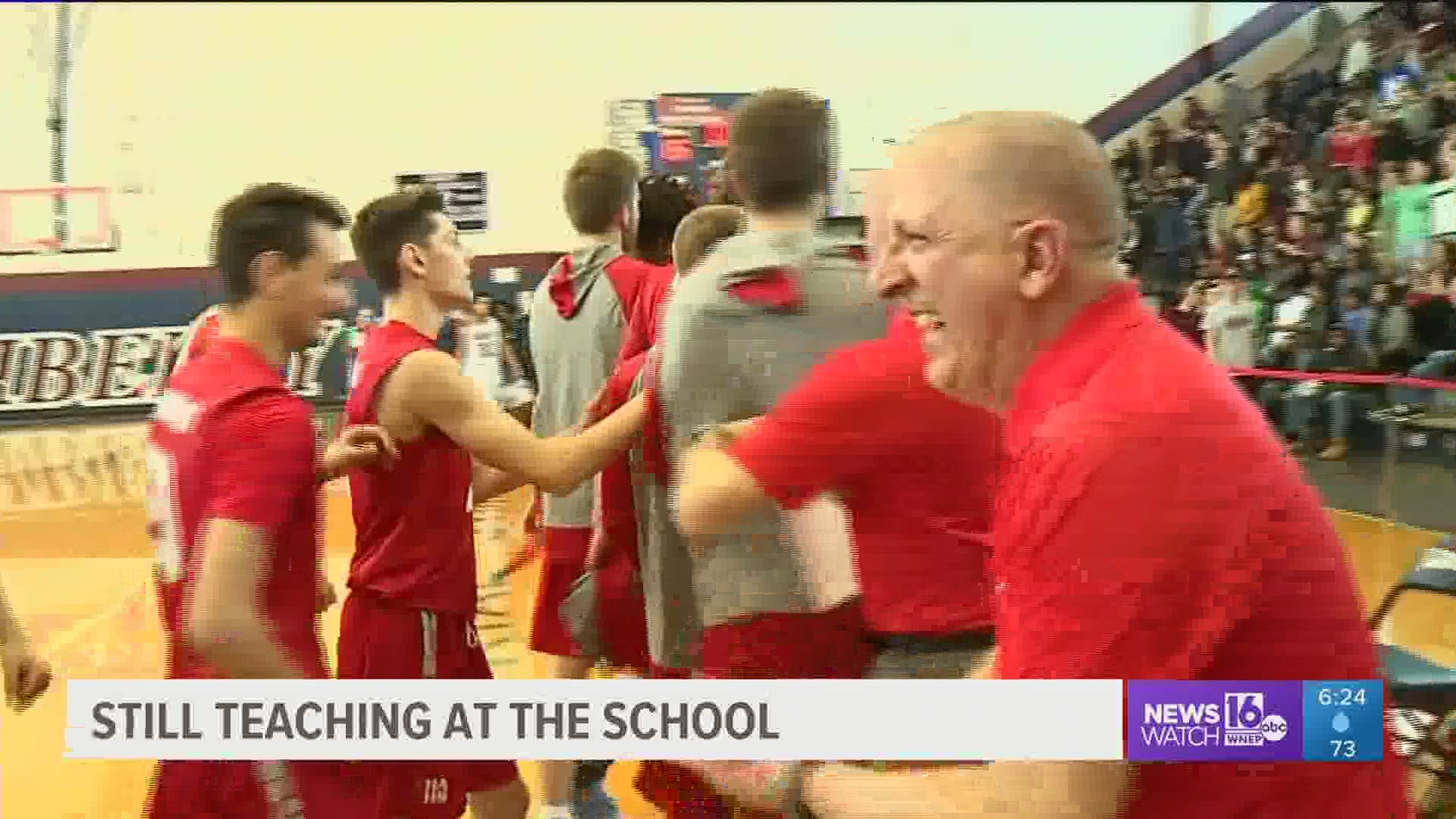 HAZLETON, Pa. — On June 23rd after 14 years of being the Hazleton Boy's Basketball varsity head coach Mike Joseph removed his name from consideration for the job. He sites an on-going disagreement with the nine member school board. Mike went through this same situation back in 2016. That year he fought for his job. This time was different.

"I have gone through this process now two times in the last four years and neither time I thought really that there was basis or justification for what they we're trying to do," said Mike.

Joseph leaves behind 273 career wins and only 81 losses. After graduating from Bucknell in 1990 he started as the 7th and 8th grade coach and quickly moved up to the junior varsity squad with head coach Bruce Leib helping in 480 of the 561 wins in Hazleton high-school history.

"I saw the school when it was being built. The gym I walked through it when still there we're only a few planks on the floor as they we're preparing for the upcoming school year and season," added Mike.

Joseph guided the Biasi brothers and Bobby and Jeffrey Planutis to great athletic heights. His 2017-2018 team went (26-2) and lost in the 6A Eastern final one of Joseph's greatest moments coaching the Cougars.

Even though you won't see Coach Joseph on the sidelines anymore he will still be close to the Hazleton Area program. He still teaches at the school and he has a son that will be a junior this upcoming season.

"The first part of who Mike Joseph is that he is a teacher. You know that I have been teaching now for 18 years here at Hazleton, and just as I have developed into I think a pretty good coach I think that I developed into a really good teacher," said Mike.

Mike is still the all-time leader at Bucknell in free throw percentage at 88 percent and has 565 career assists.

"I had a great opportunity to play behind Chris Seneca who was a senior when I got there when I was a freshman. He was just a tremendous player and one of the greatest leaders that I had a chance to be around," added Mike.

Mike will now spend more time with his family, and there is still a chance you can see him here at Altmiller Playground watching a few games.