Boxers Stay Ready For The Fights Coming Up In August 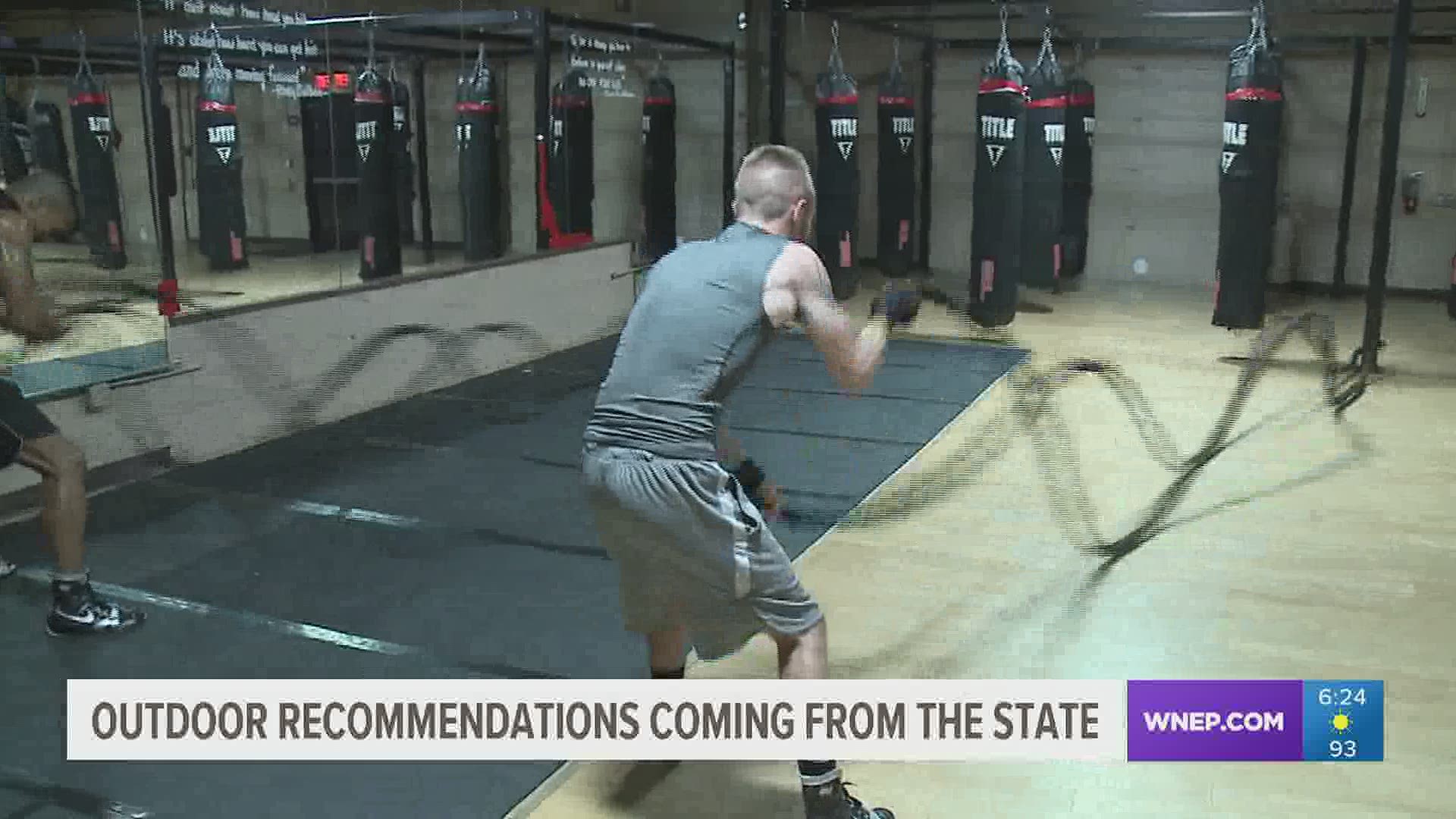 SCRANTON, Pa. — Since March the fight game for Nelson Morales has gone back and forth just dealing with the Governor's restrictions on gym re-openings. It's been difficult to train on a regular basis. Morales a pro boxer is set to step back into the ring August 22nd part of Fight to Unite. 10 amateur fights along with 8 pro are scheduled at this outdoor event with 250 people allowed in attendance.

Promoter Chris Coyne is waiting on outdoor recommendations. They will come after Greg Serb the Pennsylvania State Athletic Commission Executive Director meets with the Governor's office and the PA Board of Health.

"I have been on top of things believing that it is going to happen, and with any luck it will happen. And if it doesn't happen as of August 22nd well they we will go with what the state says," says Chris.

Before Signature Boxing here in Scranton re-opened a lot of these guys we're training on their own at their house and in their basement getting in their work, but now that this place has re-opened these guys are here five, six, seven days a week.

RELATED: Old Forge Amateur Boxer Nick Nalaschi "Iron Nick" is (7-0) and will move into the Cruiserweight Division in September

"During all the coronavirus and the quarantine the gyms we're shutdown so I just made sure that I stayed active running, riding bikes and boxing outside in the park, and now that we are back you never know what is going to happen but I always have to stay ready," said Marc Misiura.

"Since the day that I talked to Chris Coyne I have been training at least 4 or 5 days a week yeah whether it's by myself or in the gym," said Dominick Passariello.

"It's tough you know the gym isn't always open so you kind of just have to get outside and do your sprint work like I bike a lot. I have a heavy bag luckily so I have been getting my work in you know," said Rocco Cordaro.

So while they iron the particulars Morales a part-time police officer in Clarks Summit, Throop and Dunmore will stay focused on his job and at the same time be prepared to fight when his name is called.