Nalaschi is an amateur boxer out of Lackawanna County 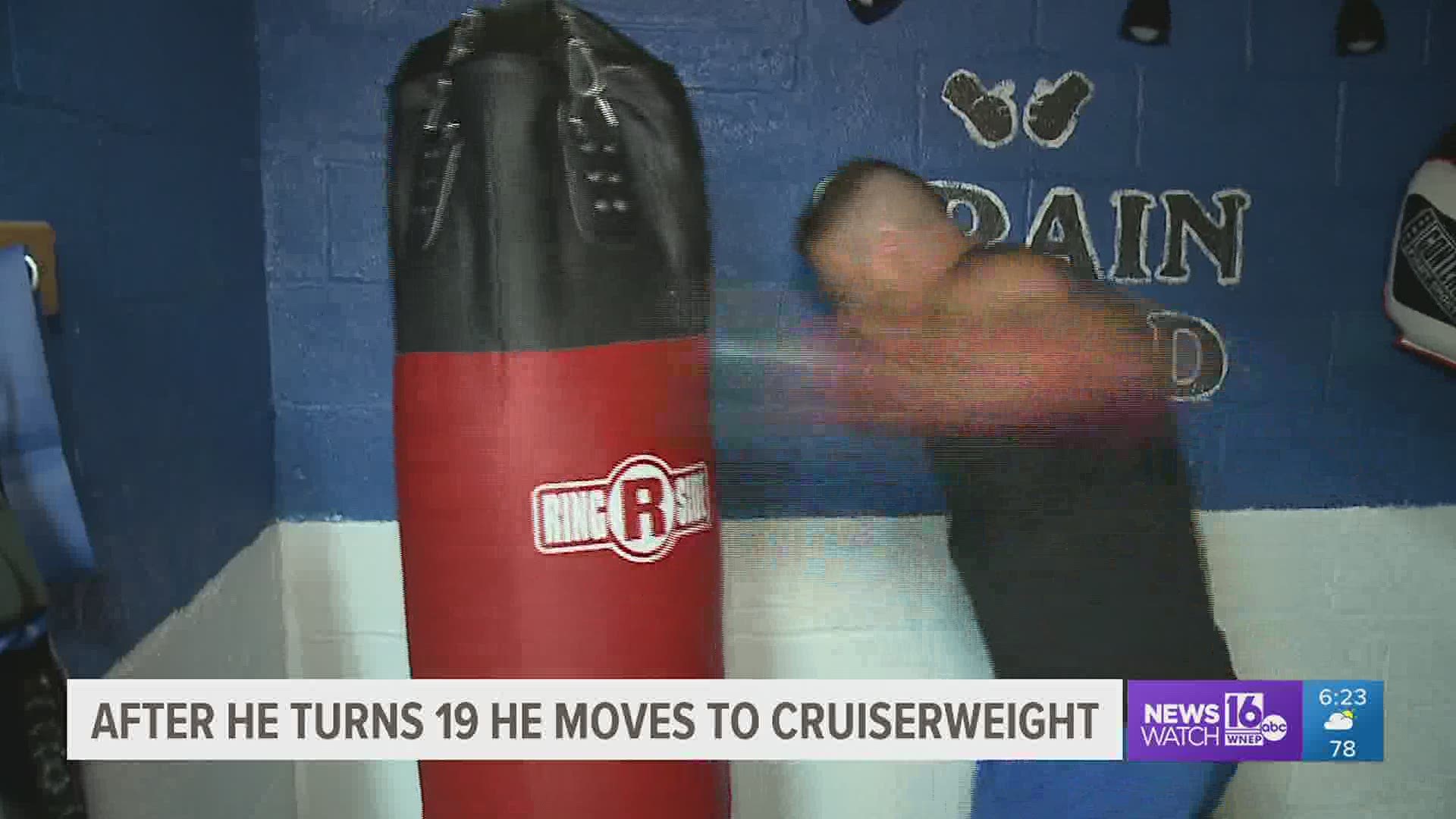 In his career he is a perfect (7-0) in the heavyweight division and had five opponents back out of fights.

"I had an interest my whole life but it took a few years to convince him to let me step into it. I mean there we're times that I wanted to try it, but I know now why we had to hold off and wait. There is a method behind the madness to say the least," said Nick.

Iron Nick's boxing roots run deep from his grandfather up to his dad Dean who had a brief amateur career of his own.

"I played football, baseball, basketball and i boxed in the early '90's. I boxed in the Keystone State Games. Then after that I got dealt with injuries, and  my boxing career was short lived after that," said Dean.

Since the pandemic hit in March Nick has been down in his basement here twice a day everyday training to get better.

"Yes it definitely helps motivate a little bit. As a kid you know you want to make him proud. You go in there and do what he teaches you," added Nick.

"You can be anyone that you want to be and when the bell rings the guy across the ring is coming to fight you," added Dean.

After Nick turns 19 he will move into the cruiser-weight division at 195 lbs and move into a whole new world of boxing.

"Oh! No! This is like home now. I am in here way more than I am in my room. There is just a lot of time on my hands so you should try to get good while you can. I feel comfortable here. I feel light, faster, and stronger and be good. I won't stop until I am all the way on top of the world," again said Nick.

Nick is putting in time landscaping 13 hours a day and also works at Lucca Restaurant in Taylor.