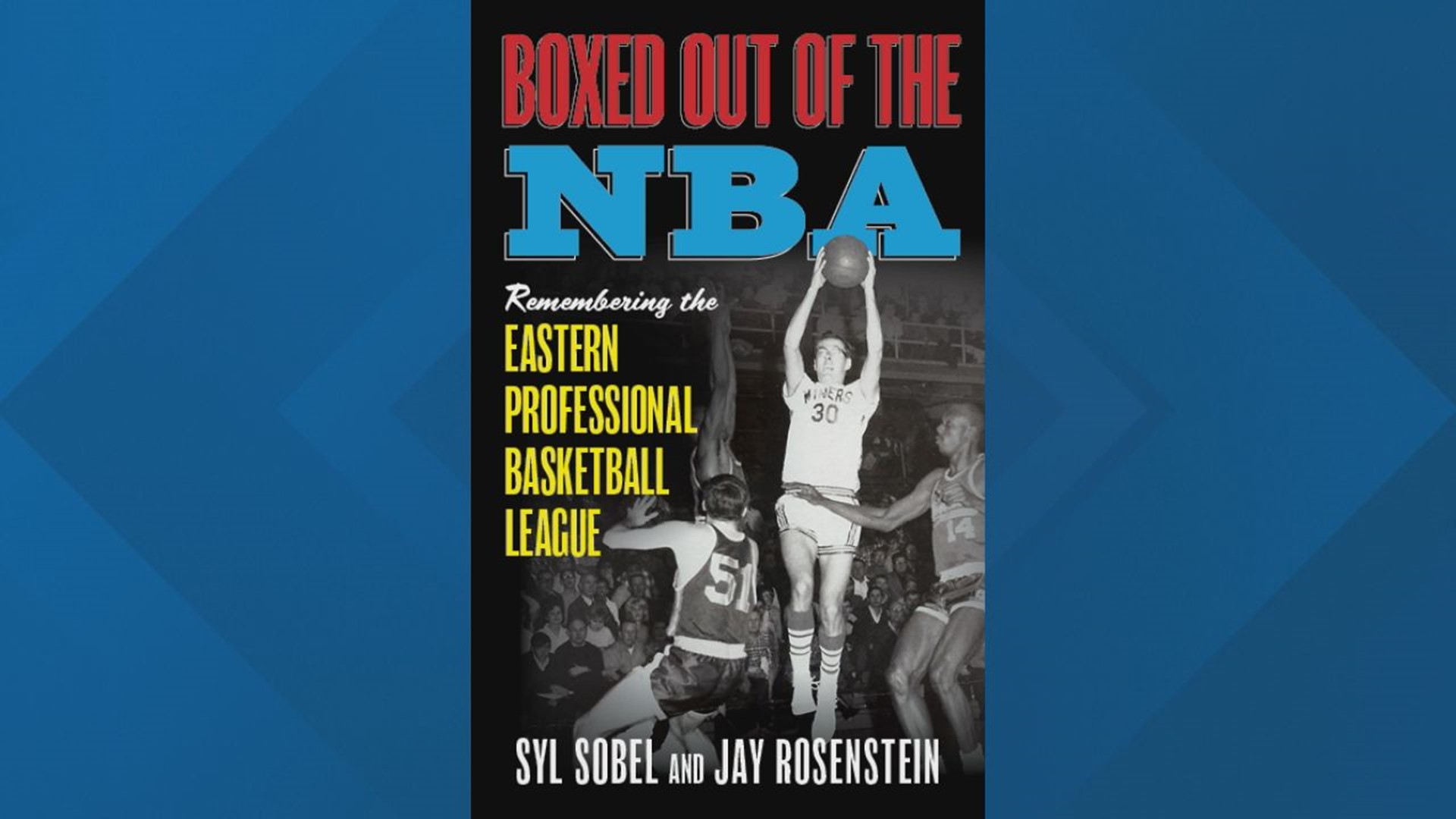 SCRANTON, Pa. — The Eastern basketball League tipped off the year after the World War II ended, and had a 25 year run, until it rebounded in 1970 as the EBA. The Teams consisted of a road map of our area: Sunbury, Allentown, Wilkes-Barre, Scranton. The 1965-66 season, the NBA consisted of just nine teams, about 100 players. The Eastern League was Boxed of the NBA.

"If the players of the Eastern League era could be playing like they are today when there are like 450 players in the NBA, many of them would be All Stars," the book's co-author Jay Rosenstein said. "So, it's a shame that these players, that these great, great players from the 50's, 60's just a shame that they didn't get to play in the NBA and the fact that these guys did this for $35 a game or whatever it was for the love of the game."

"You know you mentioned Julius McCoy who was awesome," Co-author Syl Sobel added. "He was a 6'2", 6'3", post player who could score inside on anybody. Before there was an Elgin Baylor, a 6"5" forward who had moves who could score inside, you had Wally Choice. You had Hal "King' Lear. I mean what a great nickname, King Lear! Dick Gaines who was a bull. Before there was Charles Barkley there was Dick GaInes who was like 6'3", 230, 240, 260. Who for all the careers, all the jobs he had he was the head of recreation at a prison in New Jersey. I mean, he was a tough guy, who did tough work, surrounded by tough people."

The Scranton Miners are on the flagship teams of the old EBL, later the Apollo's. Walking into their old gym the Scranton CYC brings back so many memories.  Memories of great players like, Willie Murrell, Willie Somerset, my favorite "Swish McKinney, and even Jim Boeheim the Syracuse coach. The Owner of the team and sometimes coach, Art Patcher always on the sidelines with a cigar firmly planted in his mouth.

Credit: WNEP
An excerpt from "Boxed out of the NBA."

Credit: WNEP
An excerpt from "Boxed out of the NBA."

"The Red Auerbach of the Eastern League," Sobel explained. "He was such a fixture with a cigar at the end of the bench. Not just the enthusiasm and the character, but you know what the legacy that stands out for me most about Arthur what the players said. The respect he had for his players, for his community. He lost a lot of money down the stretch, but he wanted Scranton to have professional basketball."

So what was the downfall of the league?

"20 or 30 of the best Eastern Leaguers went to play in the ABA and that was the start of the beginning of the end, I guess you could say," Rosenstein explained. "For Scranton and Eastern League families, that was a tough one."

Blue collar teams, and towns, The EBL was a slice of Americana, Eastern Style.

"We saw some of the greatest basketball players in the world, in the CYC and at Sunbury High School," Sobel said. "What an incredible experience we had!"