Bob Veach shows us the helmet from Kansas City Chiefs Quarterback Patrick Mahomes. It’s proudly displayed in his trophy case in Mount Carmel along with al... 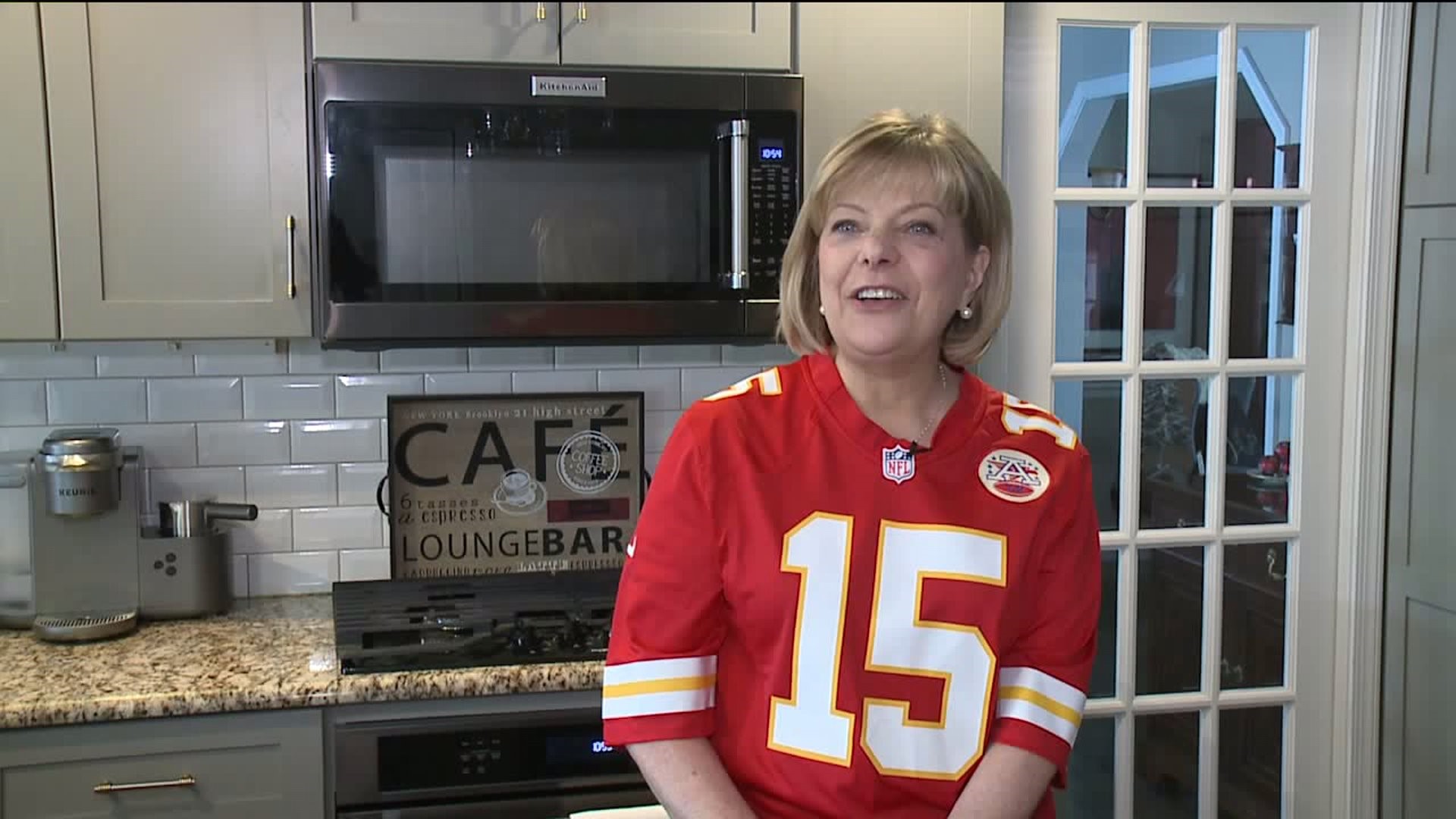 Bob Veach shows us the helmet from Kansas City Chiefs Quarterback Patrick Mahomes. It's proudly displayed in his trophy case in Mount Carmel along with all the other memorabilia he's collected over the years. The Veach family cherished watching their two sons Brett and Jon play football for the Red Tornadoes. Both we're star Running Backs at Mount Carmel Area. Brett went on to play at Delaware. It was during those years with the Blue Hens that he made a coaching connection with Andy Reid. Brett starting as an assistant to Reid with the Philadelphia Eagles then getting involved in scouting. In 2013, Brett followed Reid to Kansas city (and) he took over as general manager four years later. Now just 3 seasons into re-building the roster, Brett Veach has Kansas City in its first Super Bowl since 1970.

'The atmosphere was tremendous being out there at Arrowhead." said Brett's Father, Bob. "It's just a lot of excitement. the fans are into it. A little nervous getting behind early, with Pat Mahomes they rallied and came back."

With Brett's busy schedule he rarely has a chance to get back home to Mount Carmel, so for the Veach family to be able to be in Kansas City for the AFC Championship Game against Tennessee was the thrill of a lifetime.

'Certainly we are all excited.it's just almost unbelievable. guess that I never dreamed that we would get this day" said Brett's Mom, Donna. "It was a special moment to share time with Brett on the field after the Chiefs' big win over the Titans.

Bob Veach added, "He was emotional you know his brother is there. He gave me a hug and said can you believe it Dad we are going to the Super Bowl!"
"Ohhh!!!! He was quite emotional." "It was a great, great moment."

Steve Lloyd:
"Well Brett Veach ran for over 5,000 yards in his career here at Mount Carmel and he was instrumental in winning State Titles in 94 and 96 and on that 96 team when he was a Senior Brett ran for 26 touchdowns and was named the Small School Player of the Year in the state of Pennsylvania.

Donna admitted, "I grew up with football here. I was just one of the guys.'

Bob Sr summed it up. "He was surrounded by some great people his Coaches and even out at Delaware with Tubby Raymond and the key contact for Brett into how this all got started was the new Offensive Coordinator for Penn State Kirk Ciarrocca he was the one that recommended Brett to do this internship and it went from there>"