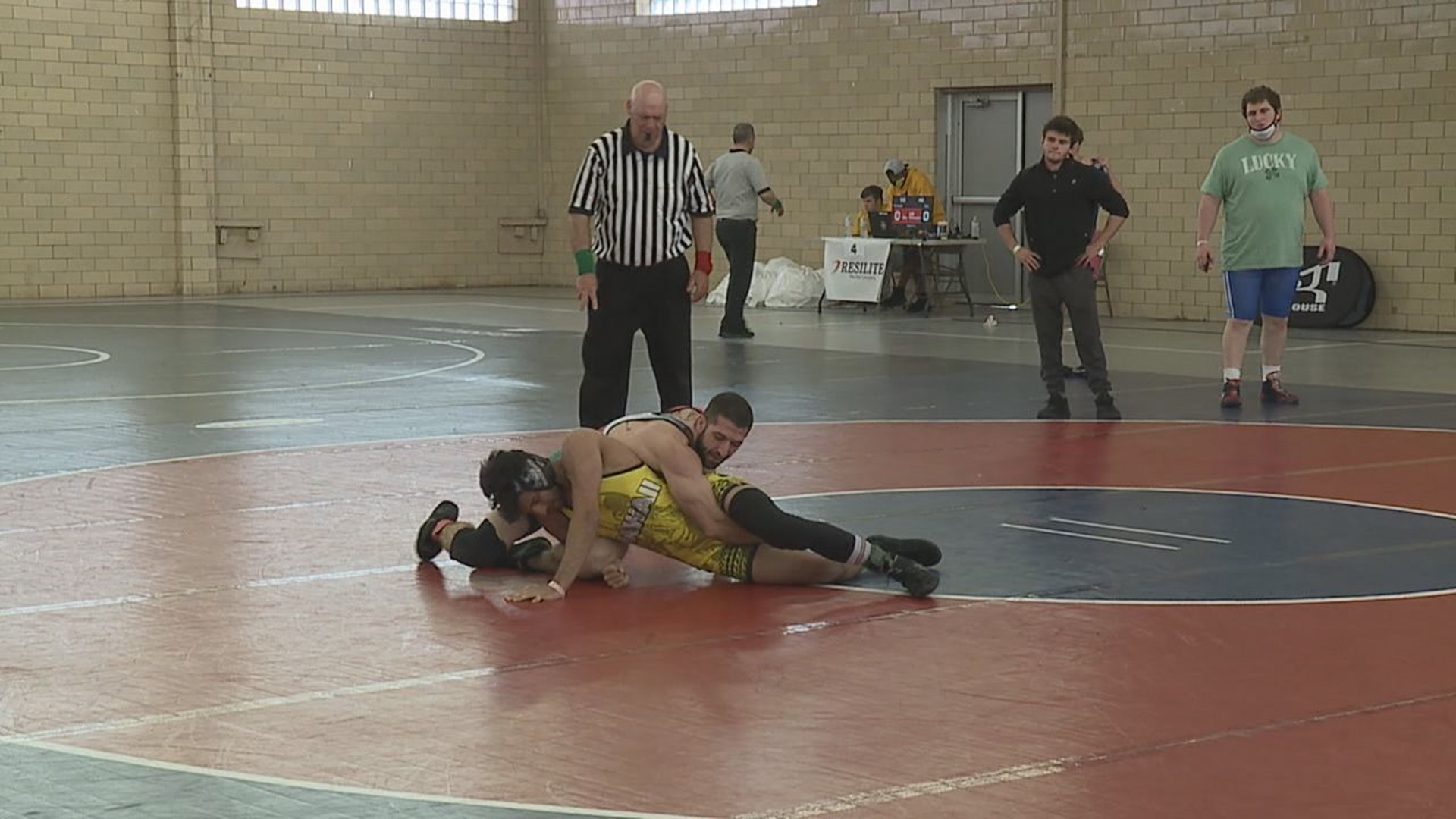 BLOOMSBURG, Pa. — Some of the best, young wrestlers from around the region met in Bloomsburg this weekend.

This is the Middle Atlantic Wrestling Association National Open. MAWA, as it's know, is an AAU wrestling club. They've been putting on this tournament for half a century, but since the normal venue is now a COVID vaccine center, they moved it this year to the Bloomsburg Fairgrounds. More than 400 wrestlers were on hand Sunday. There were divisions for kids as young as 8 years old, all the way to high-school-age athletes.

"Great to work with the Bloomsburg Fairgrounds and put this together," tournament director Tom Williams said. "The MAWA Tournament has been going on for over 50 years and the last year or so it's been kind of rough and we were able to put this together and we had about 250 kids here yesterday and over 400 today and we were able to spread out over three buildings and try to keep this as socially distant as we could I think it's been a pretty positive event for the sport of wrestling and the community."