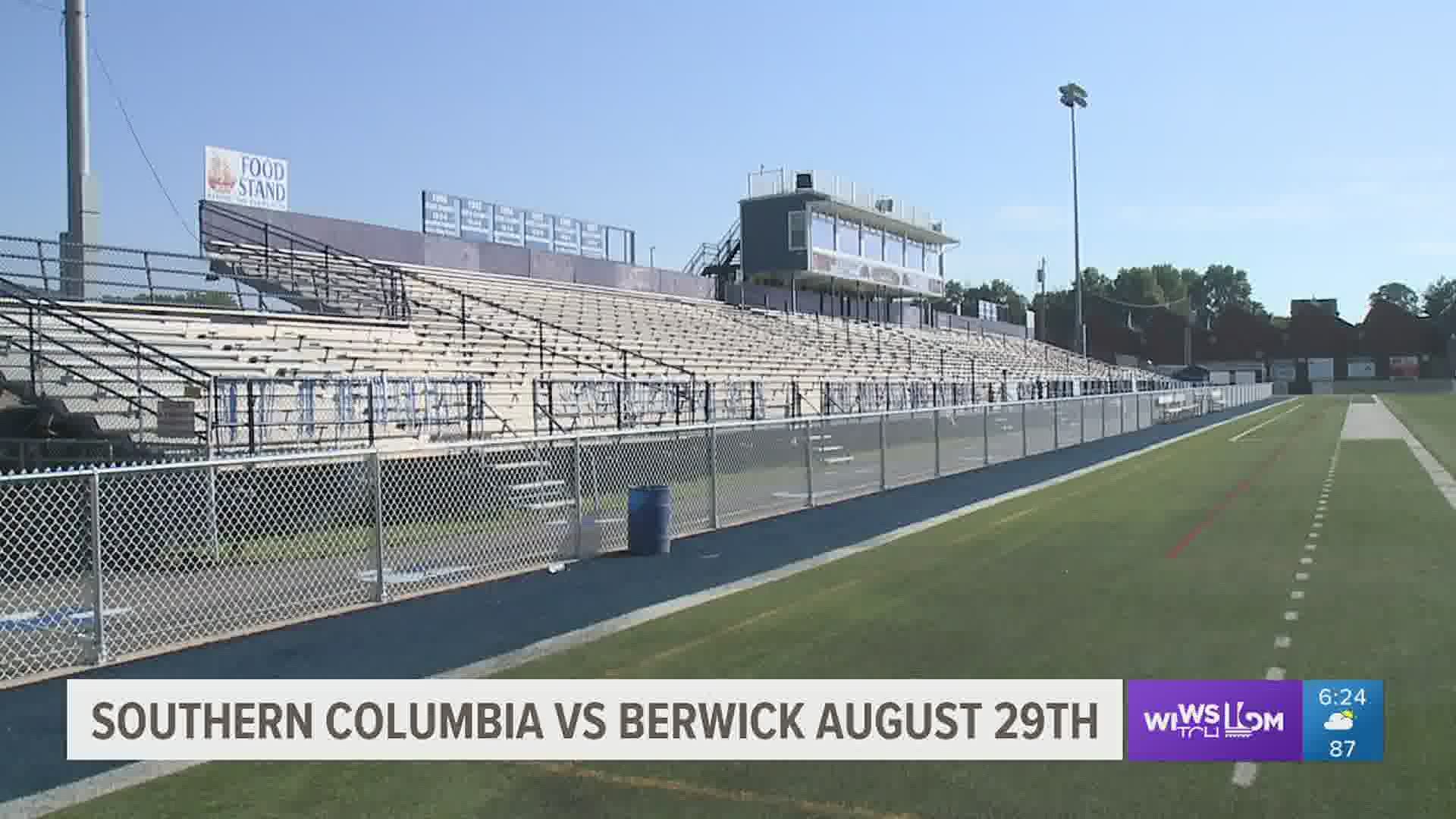 BERWICK, Pa. — Carmen DeFrancesco is set to begin his 2nd season as the Berwick Bulldogs head football coach. In year one he had a late start to summer camp after he was hired, and now in year two the coronavirus pandemic has set new guidelines for his team.

"This is a brave new world. And I never thought that we would be experiencing this, but we have had no sicknesses. We have had no illnesses so we are just excited about this season," said Carmen.

There are charts kept on each player during voluntary workouts. Temperature checks are administered something Coach DeFrancesco has never seen in 38 years in football.

"We don't care if it's a shortened season whatever we just want to play," again said Carmen.

"It is much different the past three years. It has been a lot more interaction in the locker room interaction out here but keeping separated and keeping safe," said Jake.

Right now Berwick will not have any 7 on 7 scrimmages this season. They will stay right here at Crispin Field and train. They are trying to limit the time in the locker room. They are even bringing the weights from the weight room outside to lift.

"It's definitely a different atmosphere between the masks and all the different protocols that we have to follow, but I think that we are doing a great job at following all them.It is a great opportunity for us to develop into something new because of all the circumstances that we are dealing with," said Blane.

We are 30 days away from the Southern Columbia and Berwick football game on August 29th. Many saying over 10,000 fans would of packed into Crispin Field. Now with the recommendations coming from the Governor's office we are only allowed 250.

"I just want to get out there and play. This is a big game that has been talked about for years and I think that if we one could have the fans here that would be a crazy environment but just to have the game it will be a crazy experience all around," added Jake.