Laubach shows his love for football in his spring workouts 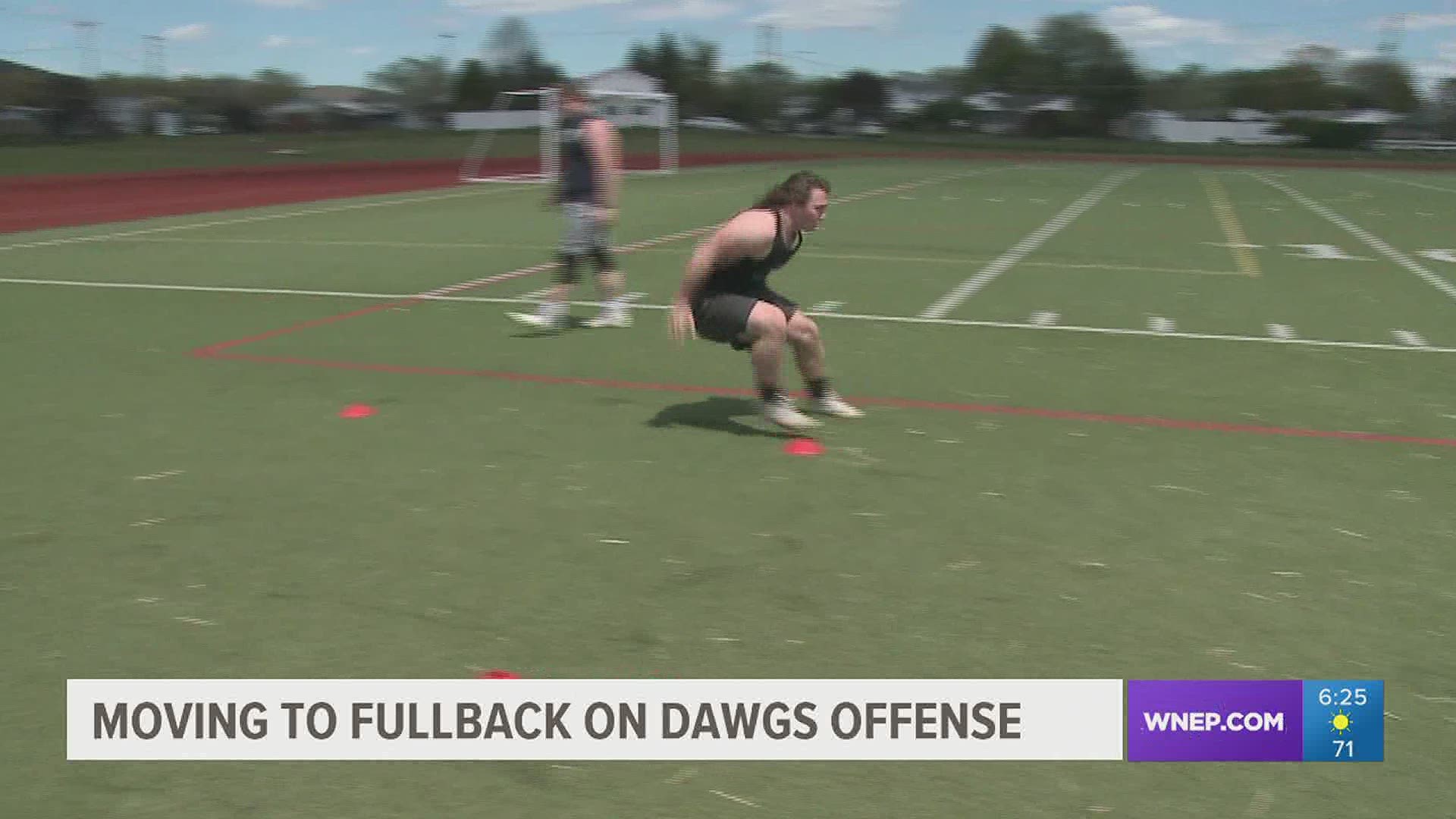 The junior defensive lineman at Berwick is using his free time to train.

With the spring and summer showcase camps postponed coaches can't get that final look at the next crop of seniors. So this Mason is using the bulldog approach through social media.

"The videos on social media is just me having fun. Yes like you said. I've really just been doing my own thing and having a whole  lot of fun while doing it. I posted a couple of dunking videos and finally got that done when we we're playing some pick up basketball and the weightlifting videos and everything it's just going great honestly," said Mason.

Mason comes here to Salem Elementary and the track a few days a week to work on his  speed. He is also in his uncle's basement working on his strength.

"It's easier now honestly because we can work right from home. Now I can get in everything that I want to. I can get in even more work than I want as much as I want and whenever I want now," again said Mason.

A new twist for Mason in the fall a move to fullback. Coach DeFrancesco wants him more involved on both sides of the football.

The August 29th match-up with Southern Columbia highlights the Dawgs schedule and Mason wants to be ready.