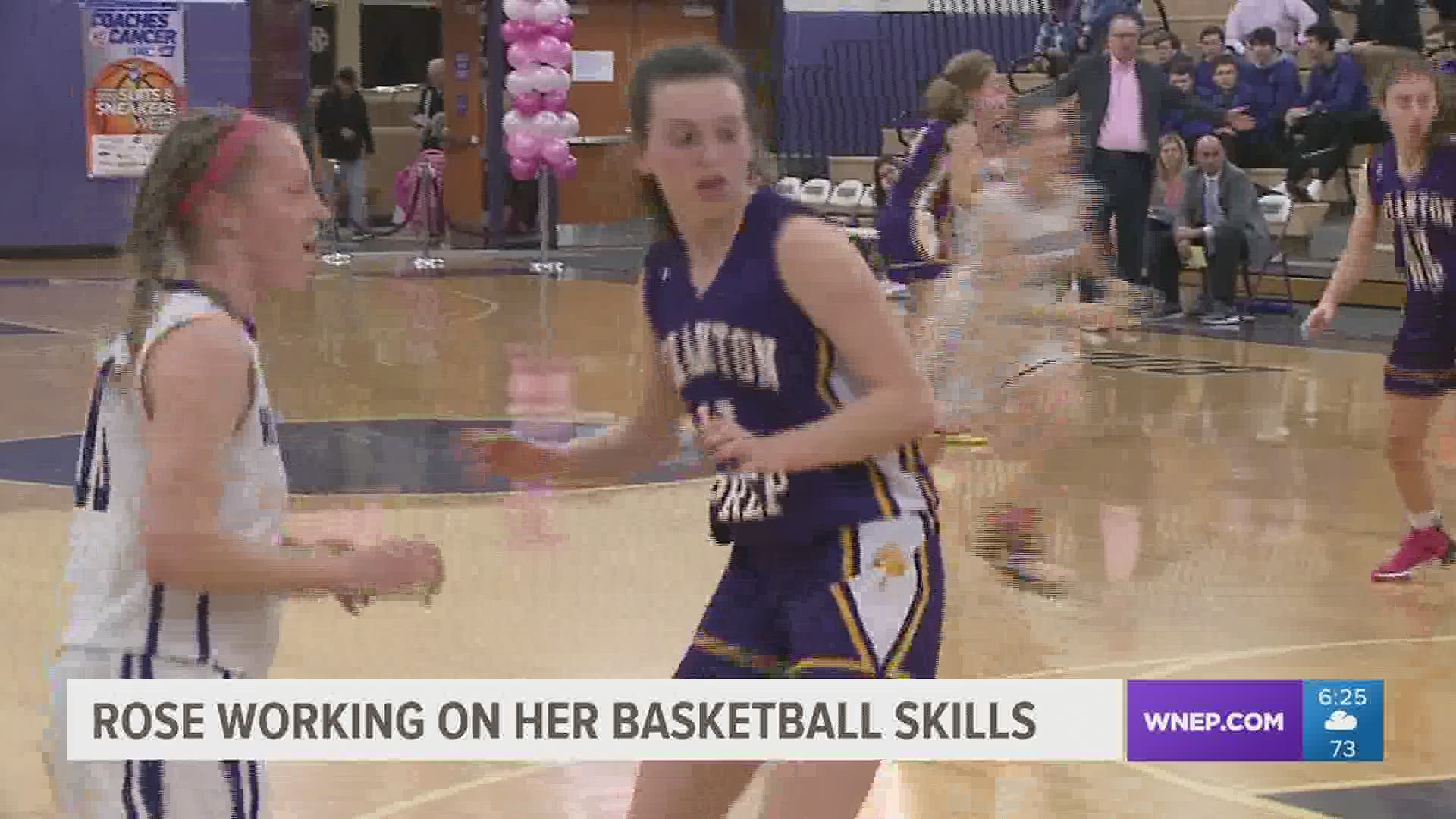 SCRANTON, Pa. — It's official! The flashy guard Rachael Rose from Scranton Prep will play her college basketball at Division I South Carolina Upstate under the direction of Head Coach Becky Burke. Part of the Big South Conference USC Upstate is located in Spartanburg South Carolina. Rose loved the campus and can't wait to play for her new team.

"It was definitely a lot of pressure going through this whole recruiting process with the Coronavirus situation. Obviously it didn't make it easier, but just the feeling that this is over with and I love the place that I am committed to is just a huge weight lifted off my shoulders," said Rachael.

Rose led the Classics in scoring last season 20 PPG. Her leadership on the basketball court along with Cecelia Collins a Bucknell commit took them through a perfect (28-0) season finishing with a win over Allentown Central Catholic in the 2nd round of states.

"I am so proud and so happy for Cecelia. She deserved everything. At times I am still kind of shocked knowing that we are not going to play together next year. You know that we have been playing together since Kindergarten, but this is the last go for the two of us so we are going to give it our all and hope for the best," added Rachael.

When Becky Burke played her high-school basketball it was at Abington Heights in the Lackawanna League. Her head coach was Vince Buccarelli. Rachael still has one more season at Prep under Bob Beviglia, and if there is anything that Rachael and Becky have in common it's that they both can shoot.

"I think that we already have this great connection, and great relationship and i heard all about her as a player how great she is and I think that she is doing just as great things as a coach so far so I am really excited to play for her," again said Rachael.

This summer Rose finds time to play on her AAU travel team and work on her basketball skills at home.

"Honestly what she is just talking to me about is just to be a winner and be a leader for the team and to be the general as kind of the point guard on the floor. So just to keep going and keep better and improving and keep making everybody on the team better too," said Rachael.