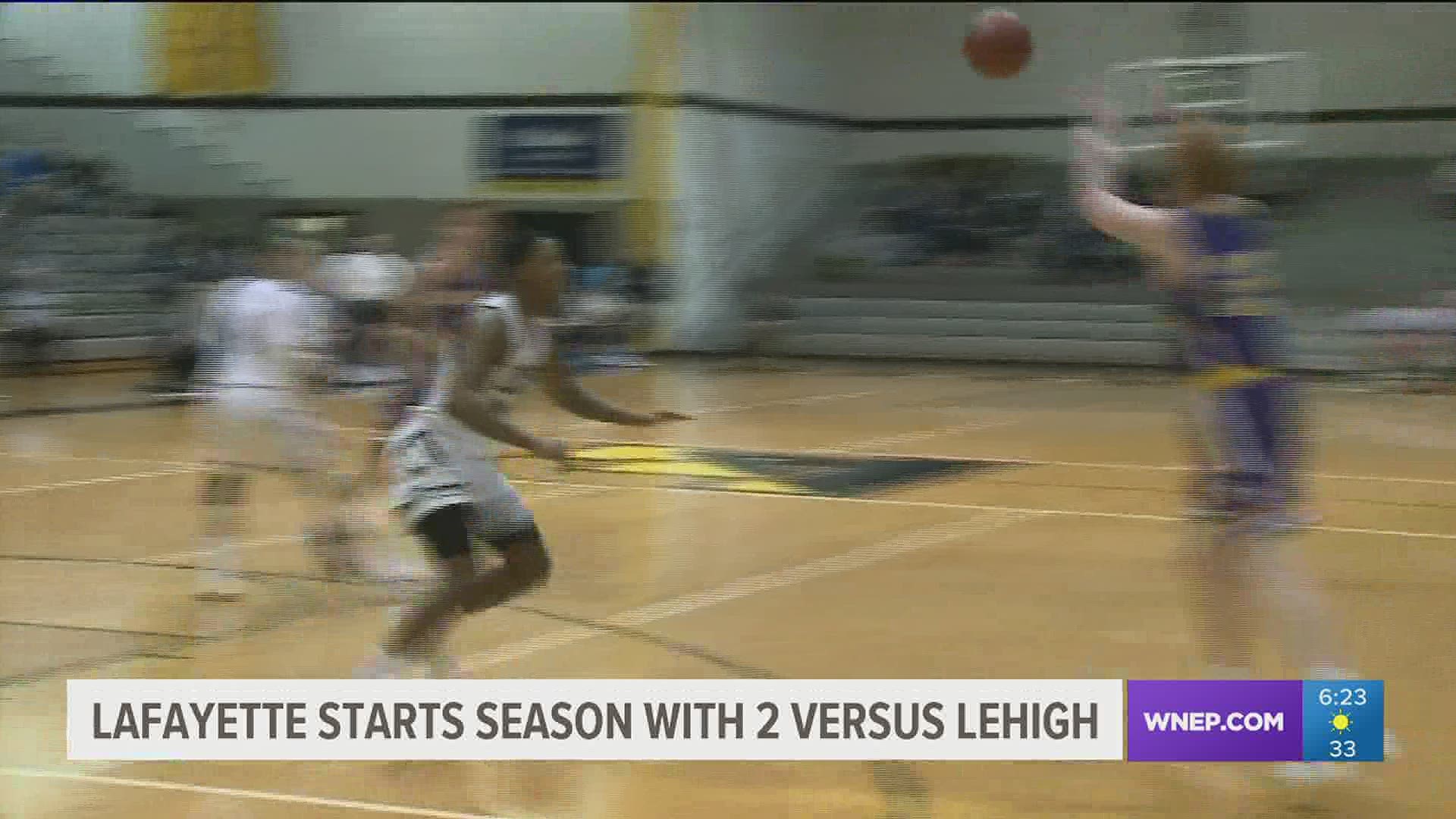 SCRANTON, Pa. — Leo O'Boyle played in 31 games for Lafayette as a freshman. Was part of the All-Rookie team in the Patriot League with 7.1ppg. The Leopards finished (19-12) as Leo poured in 20 points against Army in the post season quarterfinals in a win. It  was a great start for the two-time 2nd team All-State selection out of Scranton Prep.

"Like the season started off slow and then we had a couple of injuries and a transfer. So then it opened up for me to have some more minutes.  As the season progressed I got more and more comfortable and I think by the playoffs I finally found the groove," said Leo.

The same style and flow that Leo used in the Lackawanna League carried over to college. Stats are not important right now. Improvement in the fundamentals are.

"Specifically assists, rebounds and just try not to turn the ball over. That is one of our main emphasis this year just try and keep the game in our control, and don't turn the ball over as much and do what we can do," again said Leo.

Leo had some great moments at Lafayette as a freshman. The one that he won't forget is the one that they played Rutgers at the RACC in front of a packed house.

"Probably the toughest environment that I have ever played in and the most people. It was on ESPNU and it's a Big 10 team. They we're so quick and great on defense. I think that we may have scored like 12 or 14 points in the 1st half of the game alone, but that definitely was the most hard," added Leo.

Lafayette opens up with Lehigh in a back-to-back series beginning January 2nd.

After securing four district championships in high-school O'Boyle looks for his first in the Patriot League in 2021.