Takes over for Dave Mullaney after 13 seasons at the helm 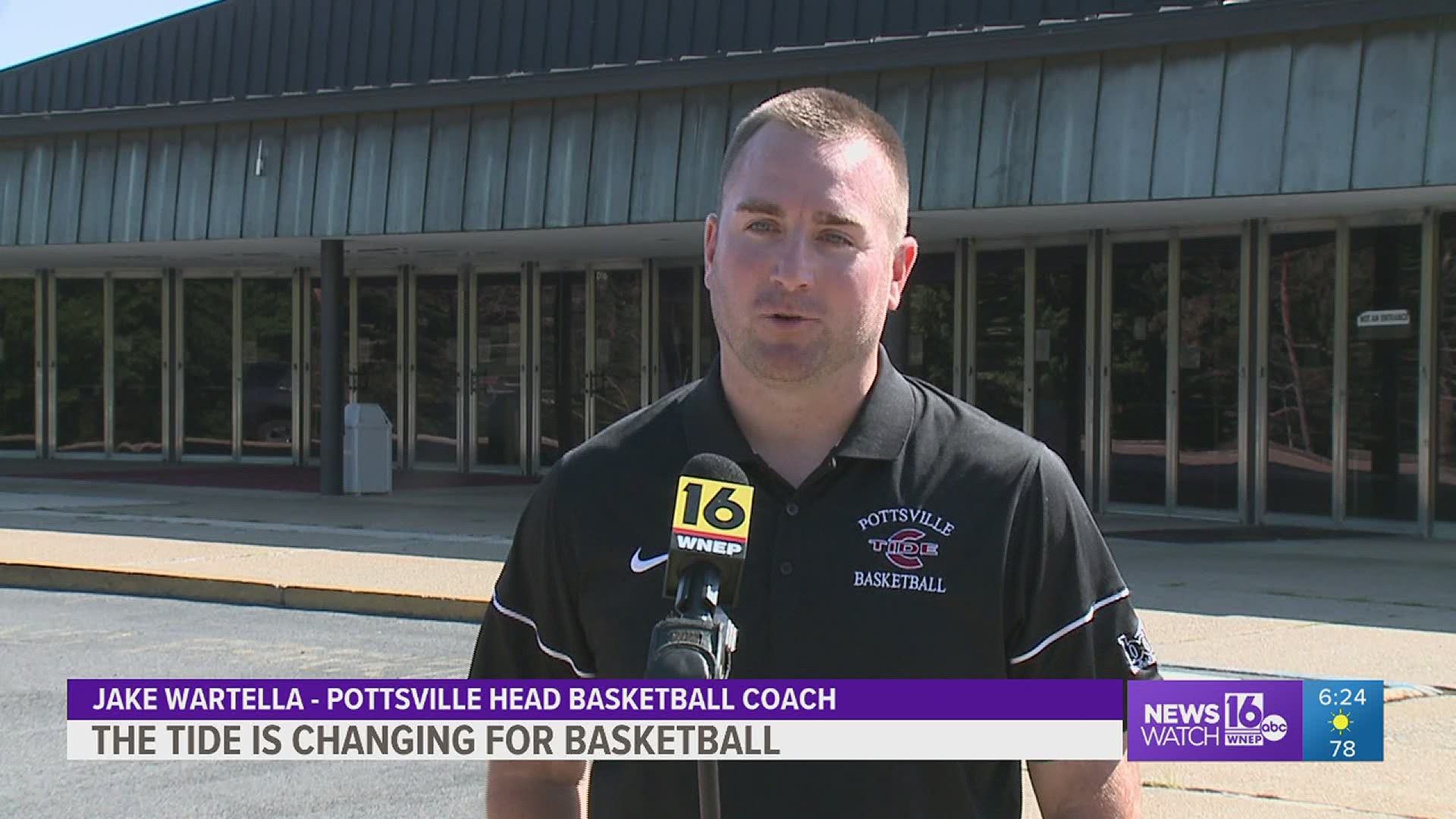 POTTSVILLE, Pa. — After 13 seasons as the Pottsville Boy's Basketball coach Dave Mullaney with his 11 Schuylkill League titles resigned in June. His 282 wins and 75 losses mark an almost 80 percent winning percentage and new heights for the Tide program. Replacing Mullaney is 33-year-old Jake Wartella a 2006 graduate from Pottsville. The last 9 seasons Wartella coached the freshman team now it's his turn with the varsity program.

"It is a dream come true to be honest with you, and like you just mentioned I actually teach in the school as well, so being at Martz Hall is kind of like being at home for me so yeah it is exciting and you mentioned a few names like Coach Mullaney, Coach McGoey and Coach Toomey they are still going to be part of the program in some way shape or form. So I am very lucky for that," said Jake.

Wartella played basketball and football at Pottsville. He was the Tide quarterback on the 2005 team that finished (13-2) throwing for 1,600 yards and 18 touchdowns.

Coach Wartella tells me there will be a freshman boy's basketball team this winter here at Pottsville, and there are many great players coming back so this program should just keep rolling along.

"When Coach Mullaney came he really took us to the next level, and like you just mentioned people talk about Pottsville basketball all around the state, so my goal is just to carry the torch and keep the program going and keep it in good hands," added Jake.

Jake is a health and phys ed teacher in the middle school and loves teaching and coaching. He earned his degree from East Stroudsburg in 2010 then returned home to start his coaching career.

"I have a lot of pride in the town and school. I live right by the school," said Jake.

Martz Hall has a fresh look for this winter with a new floor and floor general in Jake Wartella.